Haverskerque is a village and commune in the north of France on the main D916 road between St Venant and Morbecque, two large villages south of Hazebrouck. From the centre of the village of Haverskerque (on the main road) take the D122 road to Merville. After 1.5 kilometres you enter the hamlet of Le Corbie. Continue for a further 500 metres then turn left onto Rue du Colonel Harrison. The cemetery is at the end of this track on the left hand side.

Colonel Harrison is buried in the cemetery. 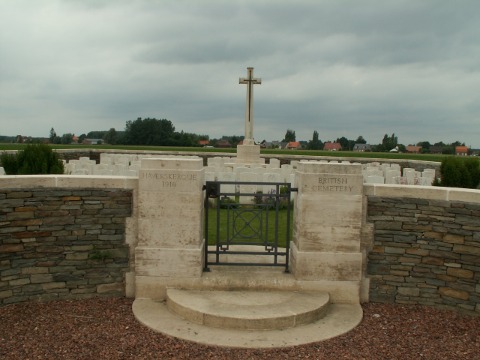 Haverskerque remained in British hands from October 1914, to the end of the War, but from April to August 1918, it was within 5 kilometres of the front line.

The Cemetery was begun in March 1918, by the 33rd and 54th Casualty Clearing Stations, and carried on by fighting units during the Battles of the Lys.

After the Armistice a small number of graves were brought in from isolated positions, and two Portuguese graves were removed.

The Cemetery covers an area of 403 square metres and is enclosed by a stone rubble wall. 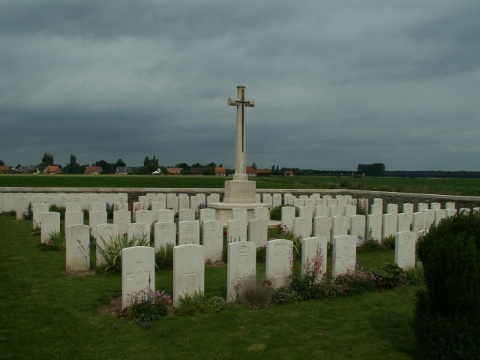 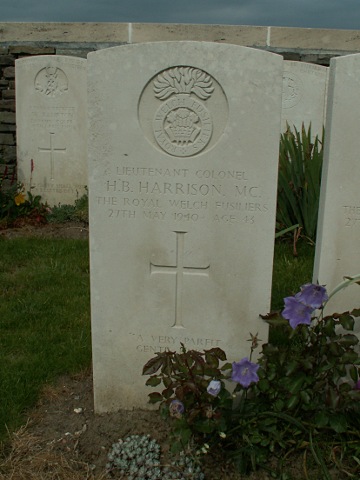 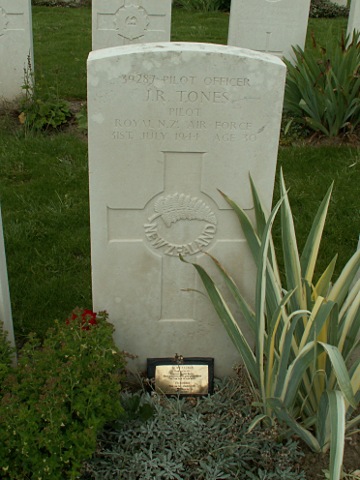 To My Father
Thank you for life !
From your daughter Marilyn,
Three grandchildren, six great-grandchildren,
(and from those yet to be born)

To Robbie
Thank you for a wonderful wife
I wish I had known you, Ken
July 13th 2002 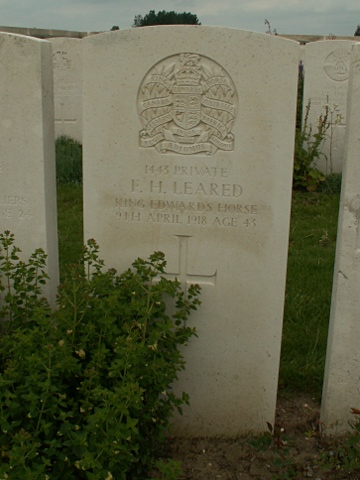