Le Paradis is a hamlet near the village of Lestrem in the Department of the Nord. Lestrem is 10 kilometres north of Béthune on a road from that town to the town of Merville. The War Cemetery is an extension of the Le Paradis Churchyard, which is found behind the village church.

There is a small parking bay at the church. Please note the monument on the right of the church as well. 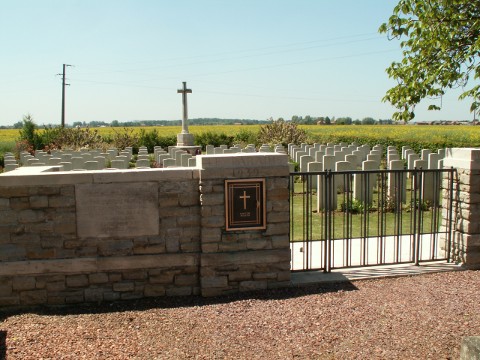 Towards the end of May 1940 the 2nd Battalion of the Royal Norfolk Regiment were stubbornly holding Le Paradis and the neighbouring hamlets of Le-Cornet Malo and Riez-du-Vinage against overwhelmingly superior forces, trying to block the enemy’s road to Dunkirk.

On May 27th, their ammunition expended, and completely cut off from their Battalion and Brigade Headquarters, 97 officers and men of the 2/Royal Norfolks surrendered to No 4 Company of the 1st Battalion of the 3nd S.S. Totenkopf Regiment.

They were disarmed, marched into a field, mowed down by machine-guns, finished off by revolver shots and bayonet thrusts and left for dead.

By a miracle two of them escaped death, and were hidden and succoured for a short time by the people of Le Paradis. Later they became prisoners of war, and ultimately returned home to set in motion the wheels of justice which, on 28th January 1949, brought to the gallows the German officer who gave the command for this massacre.

A day or two after the atrocity the local people, under orders from the Germans, buried the dead where they lay. In 1942, however, the bodies were exhumed and moved into the part of Le Paradis churchyard which is now the war cemetery.

Other casualties were brought from scattered graves in the area. There are now over 150, 1939-45 war casualties commemorated in this site. Of these, nearly a third are unidentified and two soldiers whose graves could not be precisely located are commemorated by special memorials, inscribed : Buried near this spot. 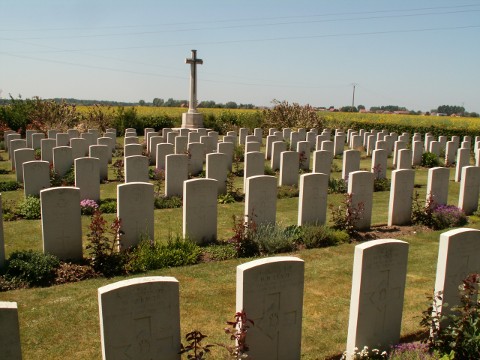 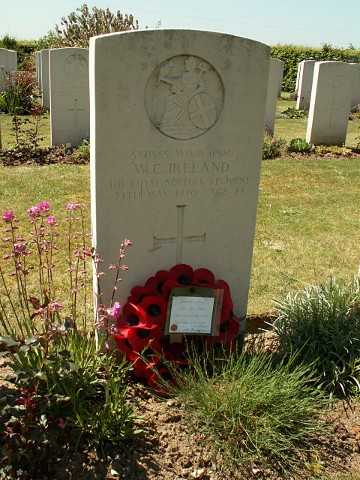 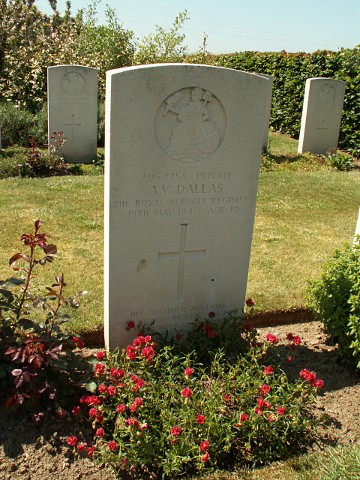 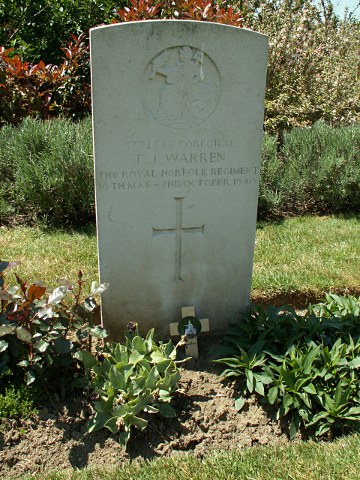