Webmatters : Armistice 1918: The Armistice is signed

Having been placed on board a railway carriage with covered windows at Tergnier the German delegation was brought into the forest at Rethondes near the town of Compiègne.

Their train came to a halt alongside Maréchal Foch’s wagon and he informed them that he would receive them in his carriage at 0900 hours. 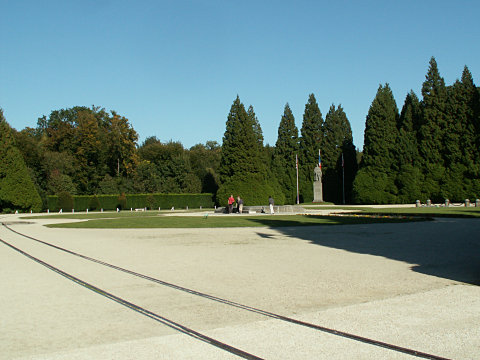 The Railway Sidings at Rethondes

To accommodate the meeting Foch had chosen a siding that had been used by French railway artillery to fire in the direction of Noyon (to the north) during the recent French advance.

It had the advantage that the twin spurs allowed the two parties to conduct their affairs in the quiet and solitude of the forest away from the gathering press. It also meant that it was not necessary to conduct the Germans as far as Foch’s HQ at Senlis — a town which had been badly treated by the Germans in 1914 (The Maire and a number of other hostages had been shot).

The two parties met in Foch’s newly furbished command wagon at 0900 hours and exchanged their introductions.

The German mission comprised of:

That of the Allies:

The discussions got off to an awkward start. Foch asked Erzberger why he had come and Erzberger replied that they were there to listen to the Allied propositions for an armistice. Foch immediately replied that he had no proposals to make.

Confused the Germans tried a different wording: what were the conditions that the Allies were seeking for an armistice. Once again Foch replied that he had no conditions to discuss.

Erzberger then tried to explain that according to President Wilson’s fourth note Foch was supposed to give him the conditions.

Foch finally made it clear what he was after. He was there with authority to reply should the German delegation ask for an armistice. If they were asking for an armistice then he would explain the terms.

Foch was determined that the Germans were going to have to ask for an armistice rather than the two sides simply sit and discuss the possibilities.

Finally hitting upon the required formula Erzberger asked Foch for an armistice.

Weygand read out the text which had been agreed upon by the Allied governments and on finishing a shocked Erzberger asked if a cease fire would be accorded whilst he transmitted the details back to his government in Berlin.

Foch replied that there would be no cease fire and that he was not authorised to increase the time limit for a German reply. They had until 1100 hours on the 11th to make up their minds. 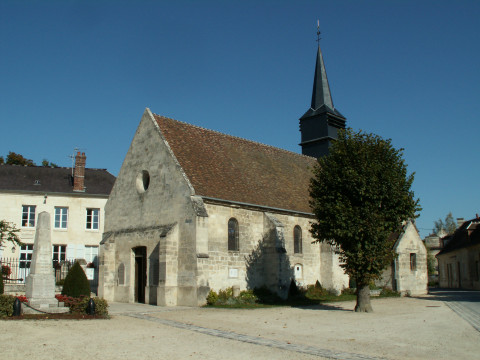 The village church at Rethondes

Captain von Helldorff who was accompanying the German Mission was dispatched at 1300 hours to Spa. Erzberger told him that he doubted that the Allies would accept any form of negotiation though he would try and gain some extensions for the evacuations of the occupied territories.

The afternoon of the 8th saw an interview between von Winterfeldt and Weygand. Fighting for a lost cause von Winterfeldt expressed his concern that the Allies’ wish to cripple the German Army would be counter-productive if Bolshevism, already rampant, took hold throughout Germany.

Weygand was extremely unsympathetic and was treated equally so in 1940 when the two sides of the table were turned in the very same railway carriage.

Von Winterfeldt’s fears were not without reason for by the time Captain von Helldorff had reached Berlin on the 9th the Kaiser had been forced to abdicate and a Republic had been declared. Prince Max had resigned as Chancellor and handed over his office to the Socialist, Friedrich Ebert.

In the early hours of the 10th the Kaiser went into exile in the Netherlands and would stay there until he died in 1941.

Late that evening messages began arriving for the Germans in their train at Rethondes. The first stated that the German government accepted Foch’s conditions. The second authorised Erzberger to sign. A third long message then arrived from von Hindenburg.

The decision to sign having been taken, it was important in order to save human lives to finish the hostilities.

Whilst the Germans were decrypting their messages Foch and Weygand retired to the nearby church at Rethondes to meditate on what the dawn would bring.

In fact they would not have to wait until the dawn. At 0205 hours Erzberger announced that they were ready to conclude an armistice. Ten minutes later they were back within Foch’s carriage and Weygand read out the thirty four definitive clauses that would constitute the armistice.

Erzberger tried to modify each of the clauses but met with little success. Foch was acting on the instructions of the governments and had limited abilities to change the details.

He did however make a few concessions. The depth of the neutral zone was limited to 10 kilometres and the number of machine guns and aircraft to be surrendered was lowered. The Germans were given an additional six days in which to achieve their evacuation of the west bank of the Rhine.

With regard to Russia and the apparent threat of Bolshevism seeping through and into the west, one important change was made. The Germans would remain in the occupied territory in the east until the Allies had decided otherwise.

The armistice would last 36 days and would then have to be ratified again.

At 0530 hours on the 11th November 1918 Erzberger gave his consent to the conditions. Foch signed the document for the Allies and then Erzberger on behalf of the German Government. Just ten minutes later at 0540 hours the radio station on the Eiffel Tower broadcast the message :

Foch himself set out with the document for Paris

Half an hour later Erzberger and his delegation left the Forest of Compiègne on their way back to Tergnier where they were met by their own vehicles.

It was a cold wet and miserable day. At La Pierre d’Haudroy, Bugler Corporal Sellier who had first met the delegation a few days earlier and sounded a cease fire then, now sounded the end of the war to end all wars.