The Arras Memorial is in the Faubourg-d’Amiens Cemetery, which is in the Boulevard du général de Gaulle in the western part of the town of Arras. The cemetery is near the Citadel, approximately 2 kilometres due west of the railway station.

There is a large parking area opposite.

The memorial commemorates almost 35 000 servicemen from the United Kingdom, South Africa and New Zealand who died in the Arras sector between the spring of 1916 and 7th August 1918 (the eve of the Advance to Victory) and have no known grave.

The most conspicuous events of this period were the Arras offensive of April-May 1917, and the German attack in the spring of 1918. 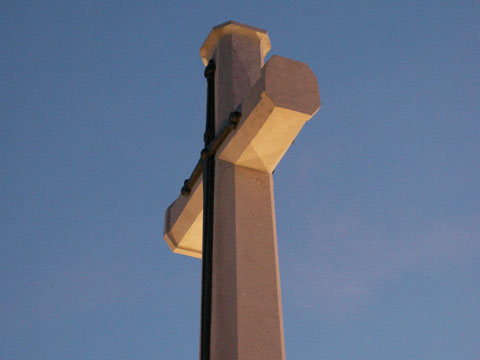 On 8th April 2007 as a mark of respect for those who had died fighting for the town, the Mayor of Arras: Monsieur Jean-Marie Vanlerenberghe, inaugurated a new system of illumination for the memorial, which the town had paid for to mark the 90th Anniversary of the Battle of Arras.

At 2030 hours as the sun was slowly setting on a reasonably warm evening a small crowd of some few hundreds – almost all of whom were French – gathered to listen to a lone piper and witness the new lighting system being switched on. 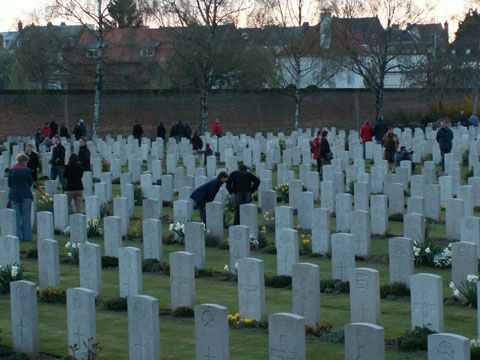 Visiting the cemetery at dusk 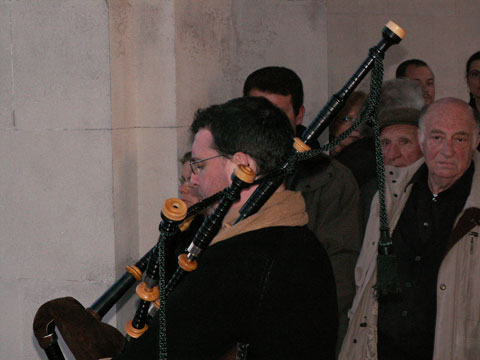 A piper played in the arcades 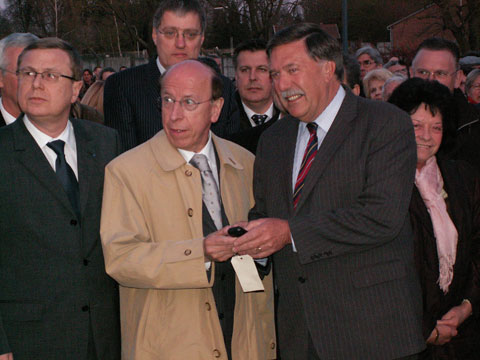 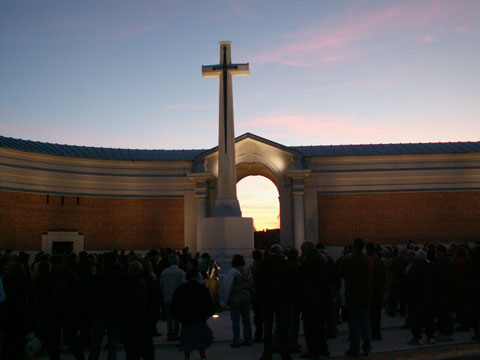 As the sun went down the lighting came on