The Wellington Quarry can be found on the eastern side of the town, not far from the railway station and behind the Leclerc Hypermarket. 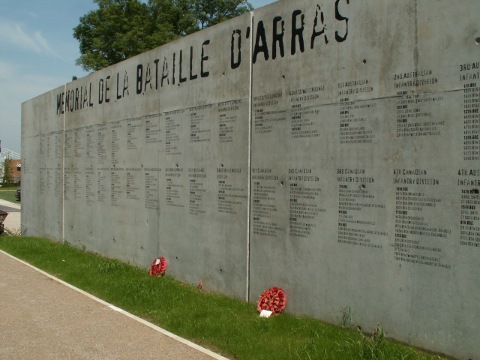 Please Note that the quarry can only be visited on a guided tour. About an hour of the visit will be spent underground.
As a large group can take up all available places for a particular tour individuals may wish to check beforehand for timings.

The Boves of Arras

So what is a Bove? You could ask nearly the same question in the south around the Chemin des Dames. What is a Creute?

The answer is the same regardless of the local dialect: an underground cave created by the quarrying of stone. These quarries date back to the 13th and 14th centuries when local builders used great blocks of chalk to build the town’s most important buildings.

By the end of 1914 much of Arras was already devastated and when the British arrived in the area in 1916 they took to using the Boves under the main squares for sheltering the troops (on the Chemin des Dames it was the Germans who found them ideal shelters).

In November 1916 the decision was taken by the Allies to continue their offensives during the spring of 1917. The plans finally laid down required the British to attack in the area of Arras with the French immediately afterwards along the Chemin des Dames (The infamous Nivelle offensive).

Arras was right on the front line and the British had the idea to link these great caverns together towards the front line. Two such great lines were tunnelled out. One underneath the Cambrai Road and this one out underneath the Bapaume Road. A total of some 20 kilometres of tunnel.

The tunnels would not only provide a subterranean pathway towards the front line but also the facility to house up to 24 000 soldiers in safety. 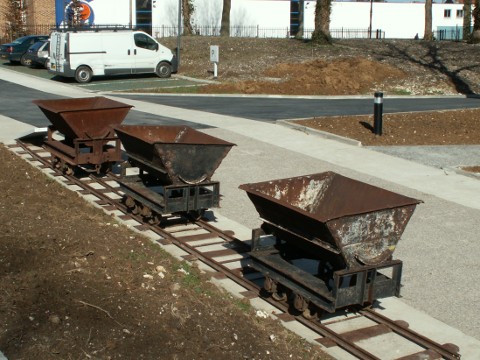 60cm trucks used within the tunnels

The work in this sector was carried out in great secrecy by the Tunnelling Company of the New Zealand Expeditionary Force. These were men who had been recruited from amongst the gold and coal miners and were thus already skilled in their trade.

The stone and earth removed was carefully distributed to ensure that German aircraft would not notice the digging. The secrecy was so complete that the few thousand Arrageois who had decided to remain in their homes had no idea as to what was taking place beneath their feet (or for some, beneath their houses).

One of the objectives had been to bring the soldiers out as close to the front as possible, but the German retreat during February and March 1917 to the Hindenburg line ultimately left the systems falling slightly short of the ideal. However the troops who had spent the preceding nights here emerged into the fray well rested and in high spirits.

The Wellington Quarry allows visitors to gain an insight into the work carried out by the Kiwis and what life must have been like for the soldiers underground. 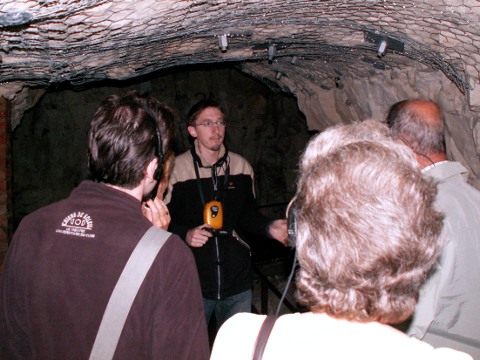 Rather amazingly the system was forgotten about over the years until 1996 when a caving expedition conducted by local archaeologists rediscovered them.

Four million Euros were spent in bringing 350 metres of the underground system up to safety standards and in positioning the audio-visual equipment.

Before joining your group there is a small exhibition area and bookstall for perusal.

The visits are organised in groups with a guide who will conduct the party around the quarry. In addition everyone carries a headset which provides an audio narrative at each pause along the route. The headsets can of course be regulated to one of four languages regardless of the language used by the group — very useful if you are with francophone friends.
Do not forget that regardless of the weather outside you are going to descend twenty metres so it will feel chilly. No steps are involved in the visit so wheelchair access is possible.

After a short introduction by the guide and an opportunity to view a panoramic photo of the ruined town of Arras the party takes a glass walled lift down the twenty metres to the quarry floor.

So why use the word quarry rather than tunnel ? In effect because unlike the Grange Tunnel at Vimy where you find yourself in narrow corridors here in Arras you could liken the experience to being in an underground church.

The illusion is not wasted because you can in places immediately recognise where the blocks for the local churches have been hewn out — and of course this is the original material.

Whilst not necessarily for the claustrophobic there is a sense of spaciousness here. After all it was all intended to house battalions of soldiers. For anybody not sure — if you can cope with the lift you will be fine on the tour.

The ceiling rises from two to thirteen metres above your head and at one instance you are under a well which would have been used hundreds of years ago to haul the cut blocks to the surface.

It all seems like a maze of columns and the Kiwi tunnellers marked each face with numbers — rather like the Thiepval Memorial. Here is 7A there 4G.

Of course there are plenty of references to their towns: Wellington itself, Napier, Auckland etc. all in their correct geographic position. If you were a Kiwi the names told you in which direction you were heading.

On the walls are indicator signs painted during two world wars. Those in black originating from the Great War and those in red from the Second when the Arrageois sheltered here during the bombardments. 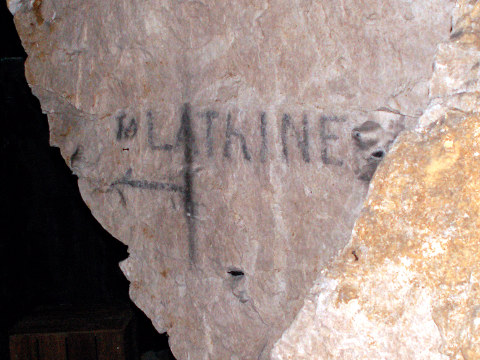 The French find it curious that in 1917 the British Army used the French word Latrines whilst by the Second the French civil population were using the English abbreviation WC ! I have suggested that the term WC implies the possibility of plumbing as opposed to a hole in the ground. 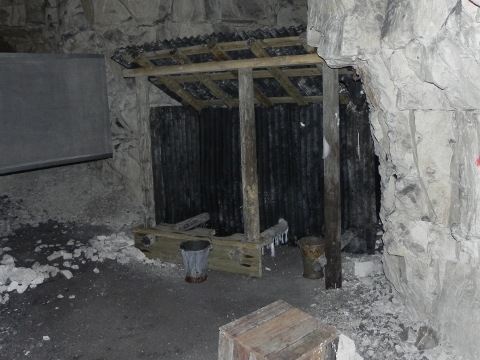 Latrines were basic at best — a bucket

At each of some twenty pauses there is a short film and audio track touching on part of the life underground. How did the men live, where and how did they eat, what did they do in their spare time ? 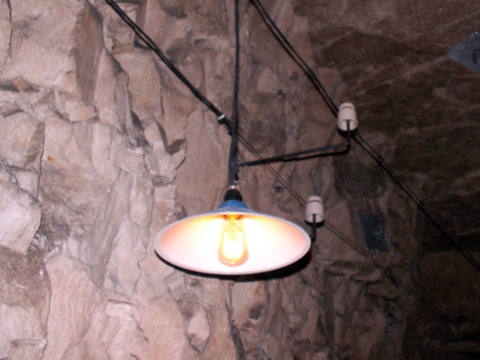 Reproduction of the lighting system

The system was designed as a garrison with each unit provided with its own quarters. There was running water, electric lighting and medical facilities including an operating theatre.

The written word makes it sound very comfortable until you think of 24 000 soldiers clustered together underground, sleeping in bunk beds with very few facilities for keeping clean, the smells from the cookhouses, which were also down here — plus the very rudimentary latrines looking after the needs of perhaps a thousand men.

Of course chalk is ideal for preserving your name in history and many a soldier carved his name on the walls. There are also drawings to be found and in places a small cross carved into the rock.

On the 8th April 1917 (the eve of the battle of Arras) the 2nd Bn Suffolk Regiment held a service in front of one of these crosses and the event was recorded in a drawing.

At the very spot that this took place a projection of the drawing accompanied by an audio track brings home the moment.

Around you are the pillars marked, as then, by the same numbers that you can see on the drawing.

A few metres further on and you will come to Exit No 10. The sound of battle intensifies as you reach steps which were taken by thousands of men as they climbed up: back into daylight, the snow and battle. 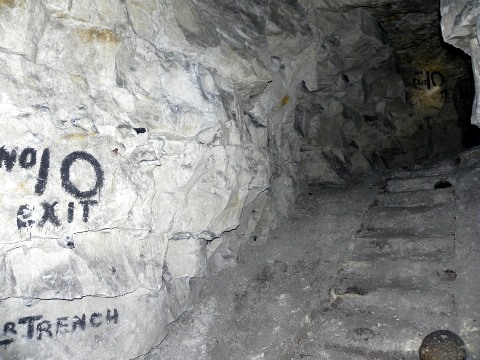 The steps leading up to Exit No 10

Following the tour there is a short film showing clips from both archive material and reconstructed imagery either side of a map of the battlefield showing the progress made by the British Army.

On the exterior wall of the building you will find the Order of Battle of the troops that took part in the Battle of Arras.

Some photos from visits to the quarry