The Maissemy Soldatenfriedhof is situated on the northern side of the Omignon river a short drive from Maissemy village which is to the north-west of St Quentin.

The easiest way to reach the cemetery is from the D 1044 which is the main road running between Cambrai and St Quentin (This used to be the N 44).

At Bellenglise (ten kilometres north of St Quentin) turn westwards onto the D 31. Continue along this road, which will become the D 33, past Pontruet. After about five kilometres you will reach the cemetery on your right hand side. 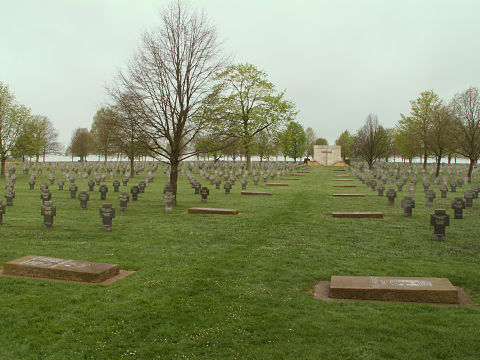 The cemetery was created by the French Military authorities in 1924 who concentrated the bodies originally buried in smaller cemeteries within a thirty kilometre radius.

The vast majority of those buried here died during the three great battles of the Somme: July-November 1916, the German Spring Offensive of 1918 and the Allied offensives of that summer.

15,478 soldiers have individual burials with 54 of these being unknown.

The old wooden crosses were replaced in 1972 by Belgian granite and mark the graves of up to four soldiers: two either side.

As in all their cemeteries the graves of Jews are marked with a headstone. The Hebrew characters mean something on the lines of: Here rests buried…may his soul be enwoven amongst the living.

Along the central walk up towards chapel are a number of stone slabs bearing the crests of German towns and cities of the Ruhr District who sponsor the cemetery. 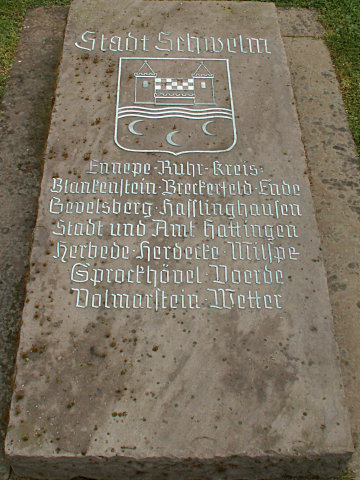 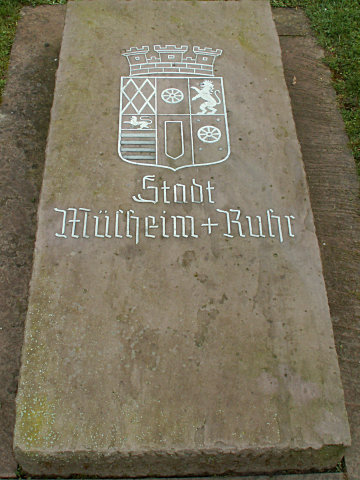 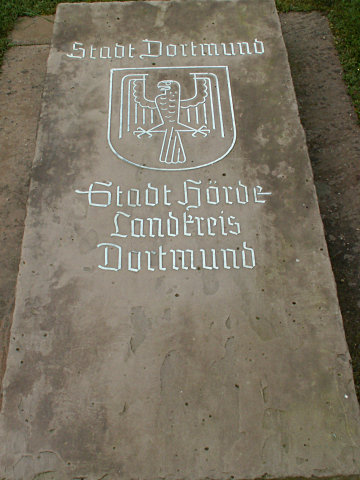 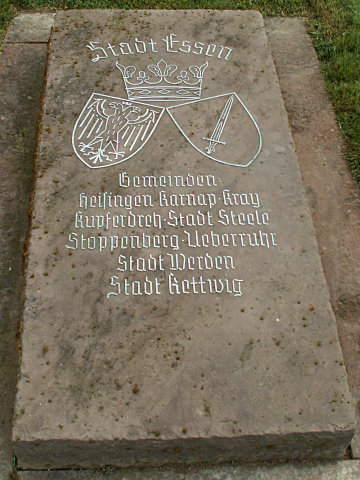 Some of the Ruhr District marker stones 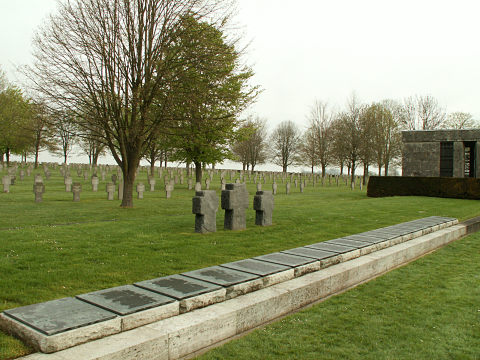 There are two mass graves alongside the chapel containing the remaining 15,000 victims all but 956 of whom are unknown. Brass plaques running along the front edge of the grave gives the names of those known to be buried amongst them. 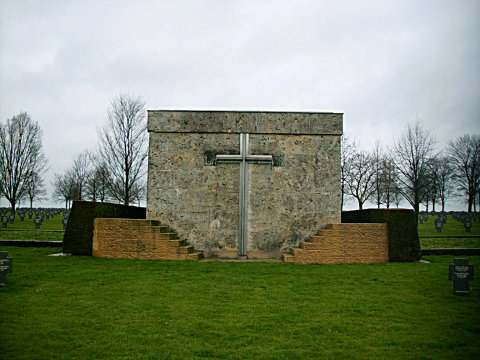 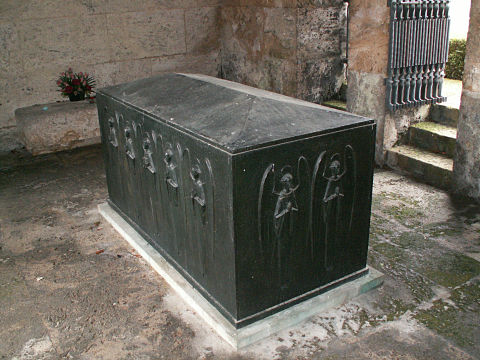 Inside the chapel is a bronze sarcophagus engraved with an angel motif.
The ceiling was created using 340,000 pieces of mosaic.

These photographs were very kindly sent to me by a visitor to the site. 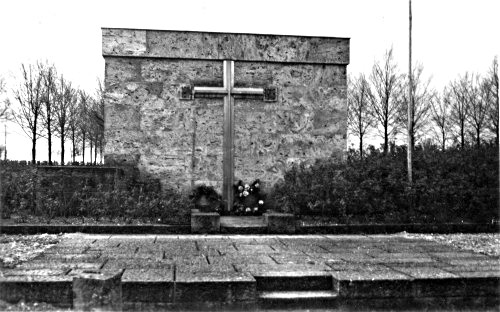 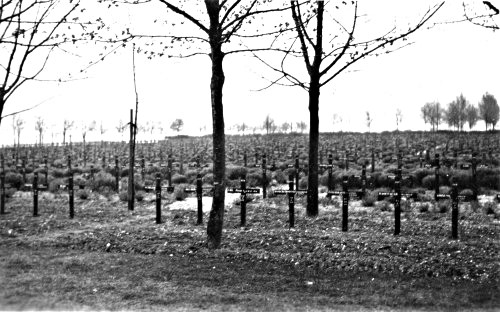 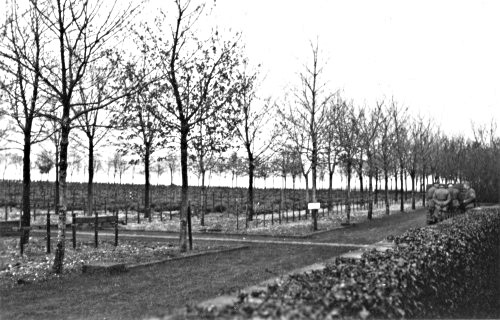 German soldiers at the cemetery 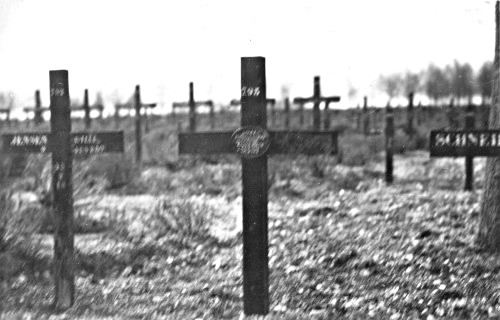 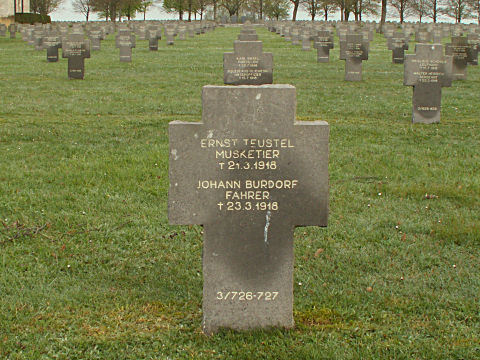 This area saw a great deal of fighting on the first day of the German Spring offensive in 1918. If you continue along the D 33 a short distance further you will come to a left hand junction for Maissemy. This crosses the Omignon valley at the only bridge in the immediate area. It was defended by the 8th Bn Royal West Kent Regiment on the 21st March 1918.