The Rise of the Ace

With the war turning into a static affair of mud and trenches instead of glorious cavalry charges and dramatic advances by the infantry the public turned to its new heroes up in the skies. Whilst the RFC and in particular their commander, General Trenchard tried to adopt a workman like attitude, the French and Germans were soon hailing their Aces as knights of the sky.

Eventually British Pilots were also to be fêted as their exploits became better known. The following are a mere handful of these pioneers. 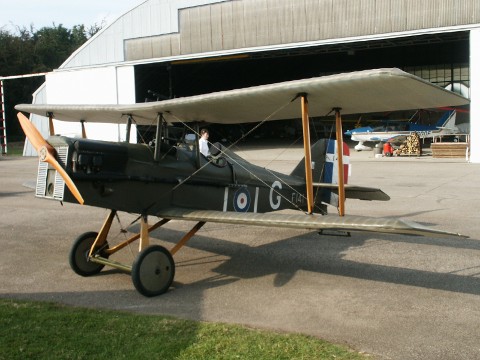 Hawker was the RFC’s first Ace — deemed by the French media to be someone with more than 5 victories. His motto was Attack Everything! and this he did for his short life. Hawker had arrived at Saint Omer with No 6 Squadron one of the first reinforcement squadrons sent out to France. In April 1915 he carried out a raid on the Zeppelin Sheds at Gontrode near Ghent receiving the DSO in recognitions of his bravery.

In early 1915 one of the problems for pilots was weaponry. Pistols and rifles were still the norm as the propeller got in the way of any forward mounted machine gun. Hawker decided to get round this by mounting a Lewis gun on the upper wing of his Bristol Scout.

During an evenings flying Hawker shot down three enemy aircraft one of which was containing valuable intelligence which was recovered. For this and his previous successes and leadership Hawker received the first Victoria Cross won by an airman.

In February 1916 Hawker returned to France in command of 24 Squadron. Equipped with the new DH2 they were agile enough to be effective at driving off the German Fockers which had become a serious menace with their synchronised forward firing guns.

His death was to be dramatic in one of the longest dogfights of the war. Flying his DH2, he engaged an Albatros DII behind German lines flown by the Ace of Aces Manfred von Richthofen. The DH2 was a highly agile machine and Hawker an accomplished pilot but he knew that eventually the Albatros would gain the upper hand. Eventually Hawker had to pull away and make a dash for his own lines. Just short of safety Hawker was hit in the head by one of Richthofen’s last rounds — he had become the Red Baron’s eleventh victim.

His grave was eventually lost and he is commemorated on the Arras Flying Memorial.

The leading British ace of the First World War with 61 credited victories. He was an outstanding leader of men as well as a skilled pilot.

Like many of the original men of the RFC Mannock was an ex Royal Engineers who had transferred to the RFC in 1916. He was trained under Major James McCudden.

By the time he joined No 74 Squadron, as a flight commander in February 1918, he had been credited with 16 enemy aircraft. Flying SE5s, he claimed a further 36 aerial victories before he was promoted and transferred to No 85 Squadron, based at Saint Omer. Here he created a true team spirit as opposed to a collection of individuals.

At dawn on 26th July 1918 Mannock took off from Saint Omer with Lt Donald Inglis in another craft. The pair soon found a German LVG two-seater which they shot down but on turning for home they came under ground fire. Both were shot down; Inglis managed a forced landing but Mannock’s machine exploded in flames.

The Germans buried Mannock close to where he fell but the site was subsequently lost. His name is recorded like that of Hawker with more than 1,000 others on the memorial at Arras.

He was posthumously awarded the Victoria Cross on 18th July 1919. The citation referred to his outstanding example of fearless courage, remarkable skill, devotion to duty and self-sacrifice.

Jimmy McCudden was the most decorated pilot in the RFC/RAF.

In 1910 the 15 year old James McCudden, an Irishman, joined his father in the Royal Engineers as a bugler. On the morning that his unit (No 3 Squadron) took off for France he was upset to find himself on the boat: his pilot had swapped his two-seater for a single-seater.

Gaining the rank of Sergeant observer with No 3 Squadron, McCudden was finally granted his wish and sent back for flight training in January 1916. On 8th July 1916 and just after the commencement of the Battle of the Somme he found himself a Flight Sergeant Pilot in No 20 Squadron, within a month he had been transferred to No 29 Squadron and his tally of victories commenced.

His talents as a pilot were so extraordinary that he swiftly became an instructor only returning to fulltime active duty in August 1917 when he joined No 56 Squadron as a flight commander in an area directly opposite from von Richthofen.

On 23rd September 1917 McCudden was involved in a lengthy dogfight with one of Germany’s great pilots, Werner Voss. For ten minutes Voss in his tri-plane managed to hold off McCudden and his squadron before succumbing to the weight of fire.

Christmas 1917 proved to be a spectacular period for McCudden and by April 1918 he was, at 22, the most decorated pilot in the Royal Air Force. Sadly, he was killed three months later when his aircraft stalled after take off and crashed to the ground.

He is buried at Wavans Cemetery near where he crashed at Auxi le Château.

Capturing the imagination of his fellow pilots and general public alike Ball was the first really famous airman.

Ball transferred into the RFC from the Sherwood Foresters in 1915. Unlike Mannock who learned to be a team player, Ball was a loner, but that was the nature of flying in the early part of the war. 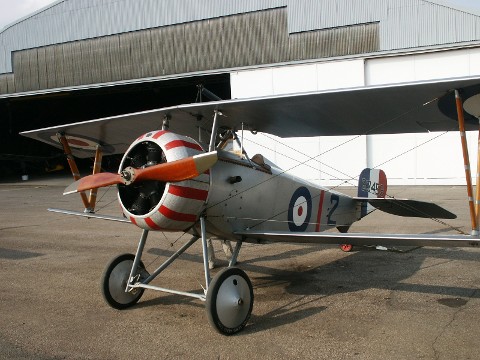 Fearless with a good eye for a target, Ball notched up his first 30 victories in just three months during the final months of the Battle of the Somme, all but one in a Nieuport.

At this stage in the war only the Frenchman Georges Guynemer had scored more with 37, and it became a passion for Ball to try and better the Frenchman’s tally.

With the arrival in France of the new SE5 Ball was forced to give up his Nieuport 17 which had served him so well, in October 1916 he was sent home on leave to a hero’s welcome.

On returning to the front in April 1917 (and to a new unit: No 56 Squadron) he found a unit equipped with nothing but SE5s.

Despite an immediate dislike for the aircraft it didn’t prevent him from increasing his score by five in the space of a week during a period the RFC called Bloody April.

On 7th May 1917 Ball led his flight into action against Jasta 11 (von Richthofen’s unit.) Manfred had been called home and the German patrol was being led by his brother Lothar.

In the midst of the ensuing aerial battle Ball and von Richthofen flew into a dense cloud. What happened next is not certain but both pilots crashed, the German surviving but Ball was killed.

Von Richthofen was credited with the victory but whether or not he was the cause of Ball’s crash was never proved.

Ball had momentarily eclipsed his French rivals score, but Guynemer was to go on to bring his total to 53 as opposed to Ball’s final count of 44. By perhaps a strange coincidence Guynemer was also last seen flying into a cloud — only in his case neither he nor his plane were ever seen again.
Ball is buried at Annoeullin Communal Cemetery, German Extension. 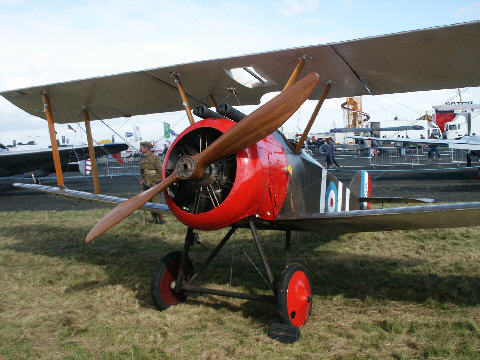 With 47 victories to his name Little was Australia’s highest scoring ace. Having sailed at his own expense from Melbourne to England, Little joined the Royal Naval Air Service in 1915.

Following a period of bombing raids off Dunkirk Little was posted to the Western Front and No 8 Naval Squadron on 26th October 1916.

All of Little’s victories were to be achieved with a Sopwith aircraft of one sort or another, including the Pup, Triplane and the Camel.

In March 1918 Little joined No 3 Naval Squadron (Later, No 203 Squadron RAF) as a flight commander.

He was shot down and killed on 27th May 1918 as he attempted to shoot down a Gotha bomber on a night raid near Noeux.

He is also buried at Wavans Cemetery.

The Canadian Billy Bishop was very much an individualist as opposed to the team playing McCudden and had volunteered as an observer in order to get to the front more quickly. He was to go on to score 72 Victories the highest of any pilot in the RFC/RAF. Like Ball, Bishop preferred to work on solo missions and this has given rise to some controversy over his exact number of victories.

Considered to be an average pilot at best, his marksmanship was never in question. On the morning of 2 June 1917, his single-handed attack against the German aerodrome at Estourmel earned him the Victoria Cross, making Bishop the first Canadian flyer to receive this honour. Like McCudden and von Richthofen he was to write a book about his exploits in France.

He survived the war.