7 kilometres along the Zonnebeekseweg, in the village of Zonnebeke, lies the left hand turning onto the Langemarkstraat (further on this street name changes to Zonnebekestraat). 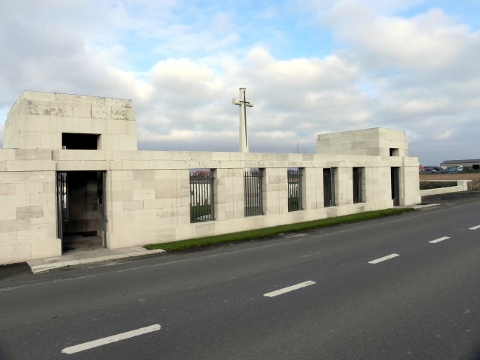 The village and its neighbourhood are associated with every phase of the war. On the 13th October 1914, the 7th Division advanced to Roulers, and on the 16th, with the 3rd Cavalry Division and Belgian troops, it retired through Passchendaele. On the 17th, the village was occupied by the cavalry, and on the 18th and 19th by French cavalry and Territorials; but on the 20th it passed into enemy hands. 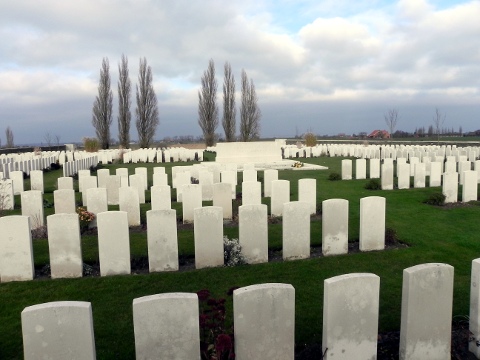 On the 6th November 1917, after the severest fighting in most unfavourable weather, the 5th Canadian Infantry Brigade took, and passed, the village; this fight was part of the Second Battle of Passchendaele, the last of the Battles of Ypres, 1917.

In the middle of April 1918, in the Battles of the Lys, the British line was withdrawn far back on the road to Ypres; but on the 29th September, in the course of the Allied offensive in Flanders, Belgian forces recaptured the village.

The New British Cemetery was made after the Armistice by the concentration of graves from the battlefields of Passchendaele and Langemarck. 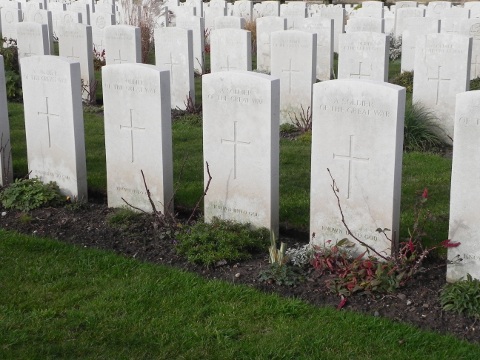 Over three quarters of the burials are unidentified

There are now over 2,000, 1914-18 war casualties commemorated in this site. Of these, over three quarters are unidentified and special memorials are erected to four soldiers from the United Kingdom and three from Canada, believed to be buried among them.

The cemetery covers an area of 7,246 square metres and is enclosed on three sides by a low rubble wall, and on the road side by a stone wall.

At Crest Farm on the Western outskirts of Passchendaele, is a Memorial of the sacrifices of the Canadian forces in this area. 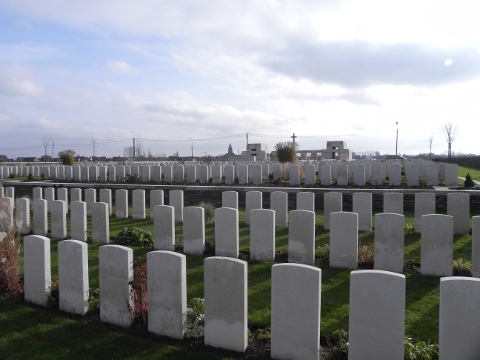 In the distance is the village of Passendale 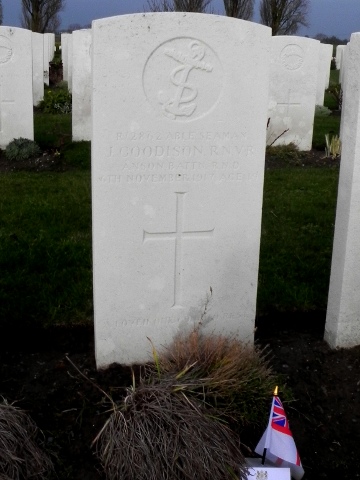 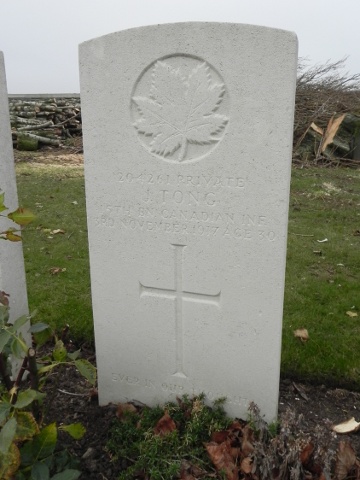