The memorial is easily reached by taking the main road from Ieper to Brugge (N 313). Just after passing through Sint Juliaan you will come to a large crossroads with the Canadian Memorial at Vancouver Corner in front of you.

The Highlanders’ monument sits on the road which leads from behind the Canadian Memorial to the New Zealand Memorial at ‘s Graventafel.

Its position offers a splendid view over this sector of the Canadian battlefield.

At Vancouver Corner turn right and pass the Canadian Memorial’s parking area. At the next junction turn left into OL Vrouwstraat. This will take you up past the windmill (Site of the infamous Totenmühle of the war). Continue along the main road bearing right at the fork.

The monument is on your left just past the house at the top of the ridge it marks the approximate position of what was known during the 2nd Battle of Ypres as Locality C. 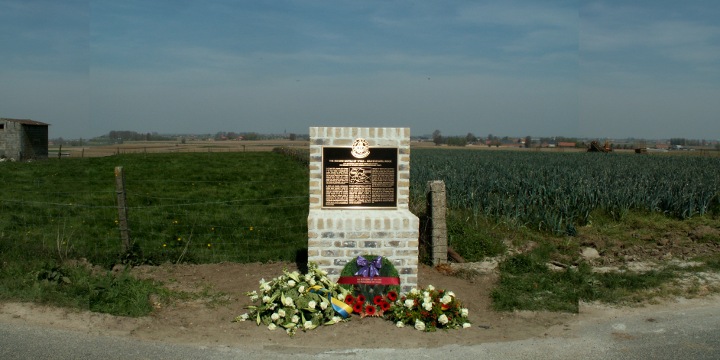 Looking out over the area of the gas attack

The plaque clearly explains the events of the first uses by the Germans of chlorine gas and the map helps orientate the visitor.

Looking out across the field towards the north the original front line is towards Poelkapelle (in German hands) whose church can be seen in the distance.

Looking around you the importance of these bumps in the terrain are easily appreciated as well as the fact that as the Canadians were forced back and the Germans took possession of the ridges how impossible it became to hold St Juliaan (to your immediate left) against the overwhelming artillery superiority of the Germans.

Two things should perhaps be pointed out in connection with the two gas attacks of the 22nd and 24th April 1915.

The first against the French was a complete surprise as nothing like it had ever been envisaged, let alone seen in warfare. It was directed against a very wide front which meant that once the centre of the line had given way it was impossible to support the breach from the flanks.

On the left of the Canadians the 45e Division d’Infanterie suffered 60% casualties amongst their front line troops. One of the supporting regiments left half its men on the battlefield.

Two days later it was the turn of the Highlanders to take the brunt of a gas attack.

Some countermeasures had been invoked to help alleviate the gas but the water soaked face masks were far from efficient protective equipment. The masks used by the German troops were pretty similar; little more than cloth pads to cover the mouth and nose. Hooded gas masks as we know them, hadn’t even been designed let alone issued to soldiers — they would come later in the year.

The gas attack was over a narrow front which would help the Canadian and British forces to limit the damage which, even so, would prove to be considerable.

In visiting the Canadian monument at Vancouver Corner and this memorial plaque you may get the impression that casualties amongst the Canadian forces were not as high as those of the French.

This is far from the truth.

The stand made by the Highlanders did not come without cost: 647 of them would become casualties during the attack, more than any other battalion of the Canadian 1st Division which suffered 6,000 killed and wounded.

The 16th Battalion were also involved in the fighting at Kitcheners Wood on the 22nd April 1915. 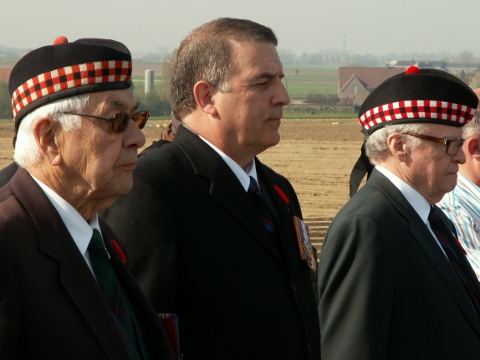 This monument to the 48th Highlanders of Canada (15th Battalion CEF) was dedicated on the 24th April 2010 by members of the 15th Battalion Memorial Project in the presence of Brigadier General Greg Young, serving and veterans of the Regiment, local officials and villagers. 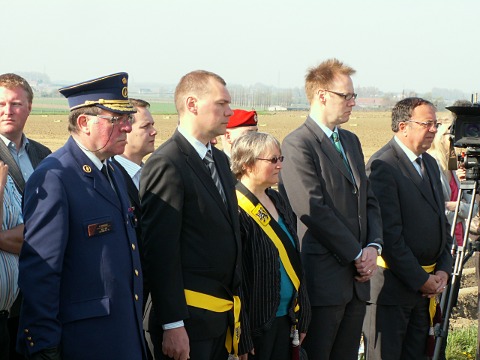 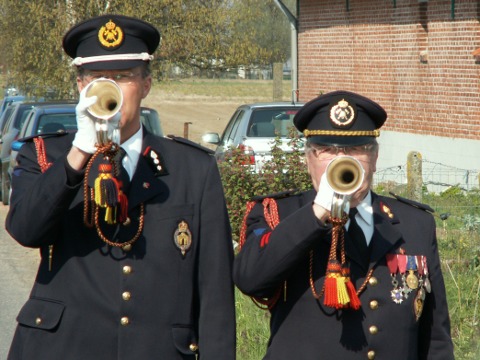 The plaque is complimented by another in the village of Sint Juliaan which commemorates the battle for the village.