Dozens of gases were put to use by both parties during the war and the following is a brief outline of some of the better known. 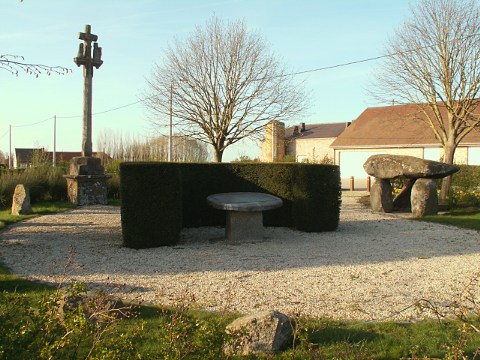 The most prolific gas in the armoury. It was the first gas used on a large scale in 1915 and was soon recognisable by its yellow-green cloud.

Chlorine is asphyxiating in that it attacks the lungs of the victim. When exposed to the moisture in human tissue it turns into hydrochloric acid which, when present in the lungs in large quantities, can prove lethal.

By the time that soldiers recognised the smell of bleach (think swimming pools) they were already being infected.

I should perhaps add that the amount used as a disinfectant in swimming pools is not harmful.

The gas has the advantage of being easy to liquefy and a litre of fluid produces about 450 litres of gas. It is heavier than air which means that once in a trench system it remained there and would filter its way into unprotected dugouts.

Its greatest disadvantage — and perhaps the reason why the Germans failed to completely crush the Allies at Ieper in 1915 — is that it is easily counteracted. Within 24 hours of its use, French and Canadian soldiers had identified the gas and produced makeshift face masks. Even a handkerchief doused in water or urine was sufficient to reduce the effects.

The great killer of the gas arsenal. An asphyxiant.

Despite being created by mixing chlorine with carbon monoxide, phosgene is a clear gas. Troops noticed a faint smell of fresh mown hay or fallen leaves but the danger with this gas is the fact that its effects are not immediately noticeable.

One of the elements that chemists look for in a gas is its detectability against its Threshold Limit. In essence, by the time you have detected the gas you have already received a debilitating dose. Phosgene is such an ideal gas.

It attacks the proteins in the respiratory system which results in a more insidious infection. Infected soldiers could continue fighting until their lungs suddenly gave up perhaps as long as 24 hours later.

Phosgene is a dense gas and was often associated with chlorine or other gases to help it disperse.

This is a clear and highly efficient gas. A dose of just 20mg per cubic metre of air is enough to incapacitate a man in seconds.

Whilst not lethal it is a lachrymatory agent (tear gas) and causes vomiting. If a soldier became infected he would be forced to take off his gas mask in order to be sick. This would then expose him to other, more dangerous gases.

Also known as Ypérite after the town where it was first used, this gas is a vesicant — it irritates the skin by causing blistering burns.

Unlike the asphyxiating and tear gases, mustard gas does not produce an immediate effect. However like phosgene it reacts slowly. Within 24 hours the victim starts get irritating blisters on the skin and these become more and more debilitating.

If the eyes are affected then temporary blindness can ensue as the eyelids swell. Whilst mustard gas was not lethal in smaller doses it did cause dreadful pain and if exposure was great enough the chemical burns would kill.

Mustard gas is also a carcinogenic which means that it can cause cancer. Those who recovered from their wounds would be more susceptible to developing cancer later on in their lives. Whilst it may not have caused many deaths in the short term it may well have been the greater killer if side effect deaths over the years following the war were known.

Because mustard gas lingers it became a useful weapon in denying an area to the enemy. However by its very nature this also meant that the area could not be taken by the user. Once used over an area the opponent would realise that no physical attack would follow in that zone.

The British would only use mustard gas in the last few months of the war. In one such attack against the 16th Bavarian Reserve Infantry Regiment at Wervik on 14th October 1918 Adolf Hitler would be temporarily blinded, finishing the war in a hospital in Pasewalk, Pomerania.

It has been suggested that he refused to use gas on the battlefield for fear of the inevitable retribution. It certainly didn’t stop him using it against civilians.

This lethal gas is known to many as Prussic acid or Blausäure. The gas gets into the blood stream and kills by directly attacking the enzymes needed for respiration at the cellular level. It has a faint smell of almonds (the cyanide) but this can be difficult to detect.

It has a boiling point of 25.6 Celsius (Less than the heat of the human body) and thus rapidly turns into gas in the atmosphere.

Before the war it was used for disinfecting ships, clothes and even flour. It actually disperses very quickly and completely.

However it might have been used in peace time the fact remains that 300 mg per cubic metre of air is enough to kill a human being in 10 minutes. It is because of this efficiency that it is still used in some executions.

The French chemists Lebeau and Urbain worked on lethal gases including Hydrogen cyanide. In December 1915, Lebeau succeeded in stabilising it sufficiently, by mixing it with stannic (tin) chloride, in a composition he called Vincennite.

The French would use it constantly from the 1st July 1916 as a primary weapon in their chemical arsenal. The mixture though was thought to be less than efficient and was derided by both the British and the Germans — who were in a good position to know, being on the receiving end.

The problem was that the percentage of lethal material in each shell was quite low and it was impossible to obtain a sufficient concentration. It also explodes very easily and often did so as the shell ruptured.

The German scientist Fritz Haber who personally instigated the first chlorine gas attack was also involved in the work at his institute for a pesticide using hydrogen cyanide. The liquid was applied to pellets of solid material and a warning agent added. This agent was there to alert people to the presence of the solid material and remained as a residue after the gas had been released (Instantly on exposure to air).

It was manufactured under the name of Zyklon B and would become infamous as the agent used in the Nazi extermination camps of the Second World War.