In his play Einstein’s Gift the Canadian playwright Vern Thiessen deals with the subject of the first large scale gas attack which opened the 2nd Battle of Ypres on 22nd April 1915.

His research in Germany into the background of his characters lead him to believe that Fritz Haber was a man struggling to identify and succeed in the very closed society around him.

His friend Albert Einstein’s work would be put to use by the Allies in the closing stages of the Second World War. Thirty years earlier Haber considered that a devastating blow in early 1915 would bring his war to an end in Germany’s favour.

Did Haber consider the moral implications of what he was proposing ?

Whilst responsible for putting the gas into operation he did have reservations about its use. Far from being opposed to the idea he was only in agreement about releasing the gas, if, General von Deimling used sufficient reserves in his assault to truly carry through the attack and sweep away all opposition. Haber was seeking a fatal blow to the allied forces.

As the day’s events were to show von Deimling almost certainly missed a huge opportunity. The weapon would never again have the same element of surprise and the hand ringing that had been done over its acceptability in war had been in vain.

Patriot above all else

Fritz Haber was born into a Jewish family on 9th December 1868 in Breslau, Germany (Now Wroclaw in Poland). At school he soon showed an aptitude for chemistry which he studied at Heidelberg University under Robert Bunsen (as in Bunsen Burner) and later in Berlin and Zurich.

In 1894 he took up a position at the University of Karlsruhe as an assistant in Chemical Technology. Over the next seventeen years his studies would lead to a Nobel Prize for chemistry in 1918.

The Haber Process allows the catalytic creation of ammonia from hydrogen and the nitrogen naturally found in the atmosphere. This discovery would revolutionise agriculture in that henceforth fertilisers could be created industrially.

The process was sold to the BASF company who had Carl Bosch upgrade the procedure to commercial levels.

Previously a key element in both fertilisers and armaments; sodium nitrate was almost exclusively mined in Chile. Whilst the British continued to mine in Chile, Germany had become self sufficient.

Without Haber’s work, Germany could never have continued the war, for despite her almost unchallenged chemical industry she would have been powerless to continue, once deprived of this all essential raw ingredient.

In the modern age the Haber-Bosch Process helps feed a third of the world’s population. 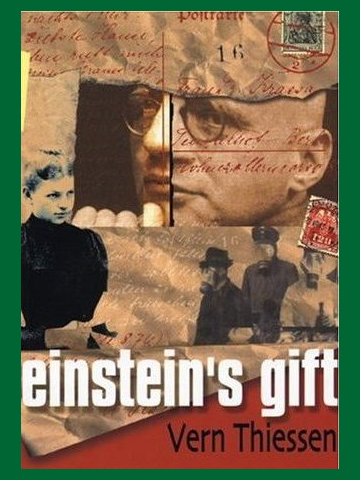 Clara had been the first woman to gain a Doctorate in Chemistry at Breslau University and was quickly crushed to find that, being a woman, she was not to be allowed to follow her own research.

Her life, playing the servant to Haber, did not prove to be a happy one.

In 1911 Haber was appointed director of the newly created Kaiser Wilhelm Institute for Physical Chemistry and Elektrochemistry at Berlin-Dahlem.

His close friend Albert Einstein would become the Director of the Physics Institute in 1917.

Haber was the quintessential German patriot who had gone as far as converting to Christianity in November 1892 as he felt that being Jewish would hinder his career.

Following some initial trials with gas filled artillery shells it was Haber who in 1915 put forward the idea of using chlorine gas on the battlefield. Up until then gas had been used by both sides but had, for the most part, gone unnoticed.

His research into chemical warfare gave rise to the Haber Rule. This demonstrates that the effects of a gas are cumulative. Exposure to a constantly maintained single dose over sixty minutes gave the same results as a minute’s exposure to sixty times the same dose.

Haber did not work at a distance on his gas project; he personally supervised it, much to the chagrin of his wife, taking himself to Flanders to ensure that the work was carried out correctly.

Haber was disappointed with the results, the gas had done its work but the timidity of the German commanders had totally failed to exploit the success.

News of the attack made headlines across the world and Haber’s wife appears to have been deeply affected by results of her husband’s work. On the 2nd May 1915 she took Haber’s service revolver and shot herself in the chest. Her body was found by their 13 year old son Hermann. Haber himself took no part in the funeral arrangements leaving for the Eastern Front the morning after her suicide.

As a patriot the war had to come first.

How all this affected the young Hermann is not known but he emigrated to the USA during the Second World war. He committed suicide in 1946.

Within two years Haber was remarried, to Charlotte Nathan, and they would have two children. Although their marriage would only last until 1927 she remained fond of him but was forced to recognise their different attitudes to life. Their son Ludwig (Lutz) became an eminent chemist in his own right and amongst others wrote a book on the subject of chemical warfare called : The Poisonous Cloud.

Following the end of the war Haber was limited by the Allies as to what he could research and between 1920 and 1926 spent his time and studies in looking into how to extract gold from sea water with a view to helping Germany pay off its war debts.

His final research papers on the subject stated that, whilst it was possible to recover the gold, the amount present was much less than had previously been thought and the extraction process was more expensive than the benefit.

At the same time, he had also turned his attentions towards pesticides. One such was known as Zyklon-B and would later be used by the Nazi Regime in their gas chambers, killing not just Jewish co-workers of Haber but also members of his own extended family.

Fortunately perhaps for him he would never see the evil his work was put to. Fritz Haber resigned his post in 1933 and took up a position at Cambridge in England. By now his health was failing and he set out for a period of convalescence in Basel, Switzerland where he would die on 29th January 1934, once more a member of the Jewish faith.

My scientific tradition demands of my post, that I chose co-workers based only on their research and their character, and without asking questions about their racial backround…

My thanks go to Vern Thiessen for not only bringing his excellent play to my notice but also for providing me with much of the background to Haber’s life.

A writer of enormous talent, Vern’s writings have taken on a number of subjects, often from an unusual angle. His 2007 play: Vimy, explains the battle from the point of view of four convalescing Canadian soldiers. No blood and gore, but plenty of fine prose to explain an event which turned disparate pioneers into Canadians.

An introduction into gas warfare