This cemetery is literally out in the woods. Apremont is about six kilometres north of the town of Varennes en Argonne following the D 946.

On reaching the village turn into it and drive into the centre. You will see a sign for the German Cemetery which is out the minor D 442 road towards Binarville. After about two kilometres you will find yourself within the forest.

The cemetery is on your left and is sign posted. It is a short walk off the road into the cemetery. 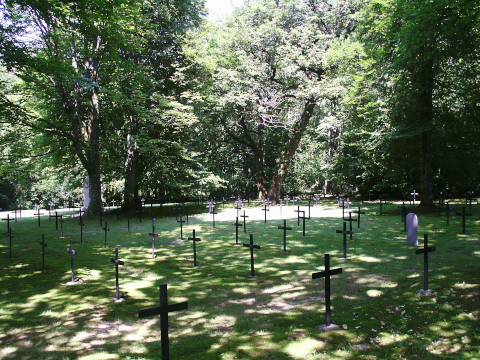 Apremont German Military Cemetery was created by them at the beginning of November 1915. It now contains the bodies of 1,111 German war-dead — only eight of whom are unknown (unbekannt).

It was still being used right up until the final evacuation of German troops from the area in October 1918.

Many of those who fought here were from the Landwehr – made up of older soldiers from the reserves and there is a small monument to the 27th Landwehr Infantry regiment. 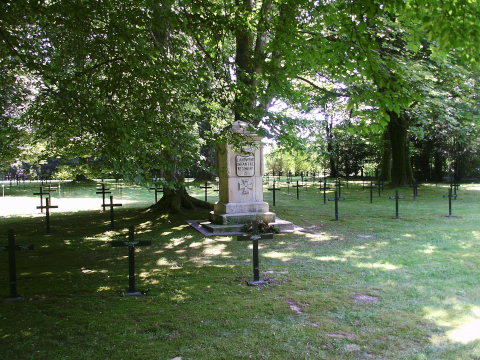 Amongst the black iron crosses there are two headstones of Jewish soldiers.

The closeness of the woodlands and the numerous ravines meant that the artillery duels which had taken place elsewhere along the front were not feasible in the area.

Instead, both sides resorted to the use of mining and mine warfare the results of which can be readily seen at the Butte de Vauquois.

The cemetery was the only one in the Argonne Forest which was almost completed before the collapse of the German Mark and the outbreak of the Second World War.

The metal crosses, though, were not finally placed until after the cessation of hostilities and an agreement had been reached between France and Germany concerning German War Cemeteries on French soil. 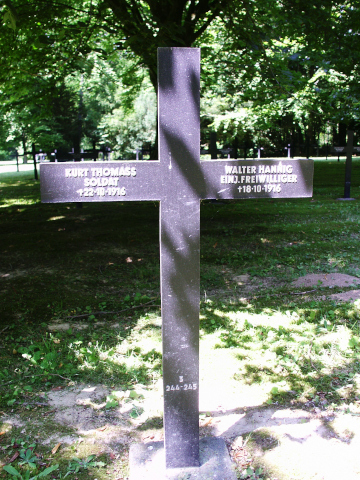