Épinonville is a village about 35 kilometres north-west of Verdun. It lies between Varennes en Argonne and Romagne sous Montfaucon. From that main road it also connects to the east with Montfaucon d’Argonne.

All of these locations have connections with the American Argonne offensive of September 1918.

The German Military Cemetery lies along the D 998 just to the north of the village and on the western side of the road. 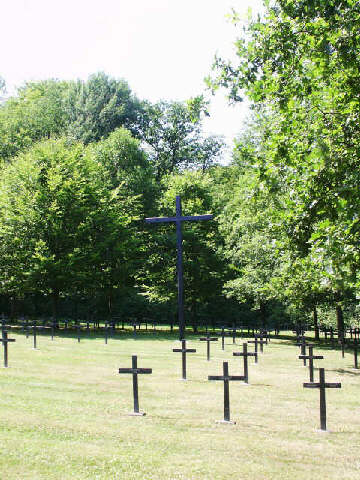 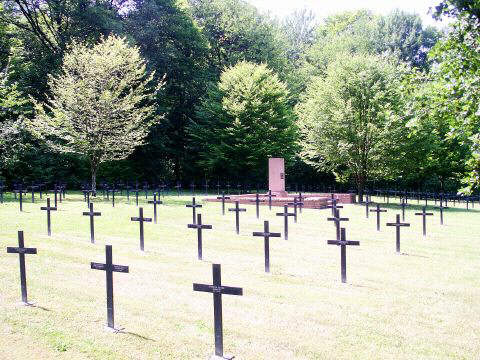 901 have individual graves with the remaining 228 casualties in a common grave grave Only one of the soldiers in the common grave is named, the reset are unknown (unbekannt). 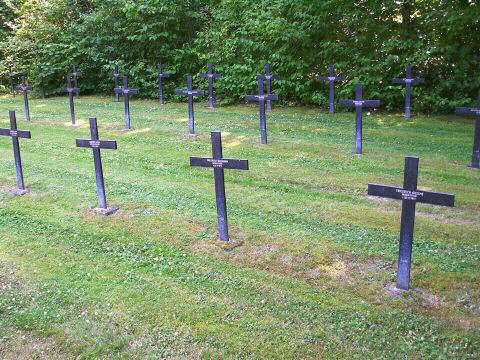 Unusually for a German cemetery many of the casualties have an individual cross, it is not uncommon to see up to four names on a cross (two each side).