Less than a kilometre from the American Meuse-Argonne Cemetery.

Romagne sous Montfaucon is a small village about 40 km to the north-west of Verdun. Take the D 964 from Verdun northwards as far as Sivry sur Meuse where you turn left onto the D 123 which will bring you through Brieulles sur Meuse, Cunel through the American Cemertery and into Romagne sous Montfaucon. Turn right and the cemetery is a further 100 metres on your left.

If you are already visiting the area the D 998 connects the village with Varennes en Argonne or the D 15 from Cunel takes you to Montfaucon d’Argonne. Both of these locations have American memorials in their areas. 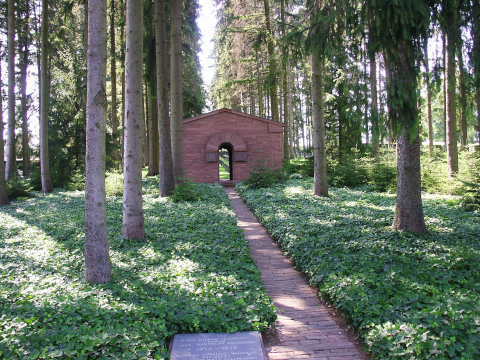 Created by the Germans next to the local village cemetery, construction of the cemetery had begun at the very beginning of the war in August 1914 following heavy fighting in the area.

A number of Military Hospitals were set up nearby, all of which needed a suitable burial ground. 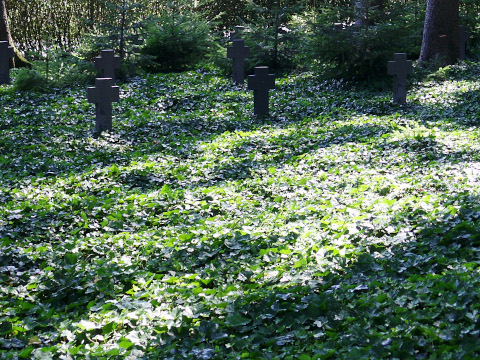 The graves used to be surrounded by trees and a dense covering of ivy.
Storm damage brought down some of the trees and the cemetery has been re-landscaped.

As the war continued the number of graves increased and the cemetery contains the graves of many of those who were killed in the fighting on the Butte de Vauquois during the months of mining warfare, and also from the struggles for Hill 304 and Mort Homme on the West Bank of the Verdun Battlefield.

Romagne sous Montfaucon is one of the few German First World War cemeteries which was nearly completely finished between the wars. Most of the cemeteries were left in a very basic shape due to the collapse in the value of the Mark and the shortage of foreign exchange brought the work to a halt in the Thirties. 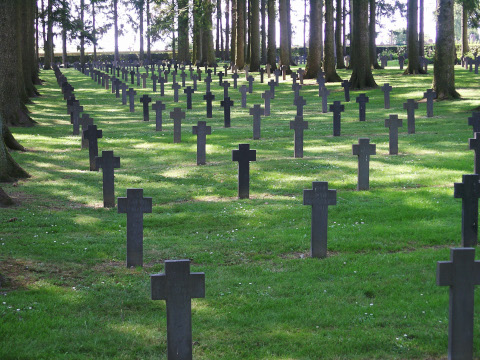 The provisional wooden crosses have now been replaced by slate crosses in a slightly different style to those usually seen. 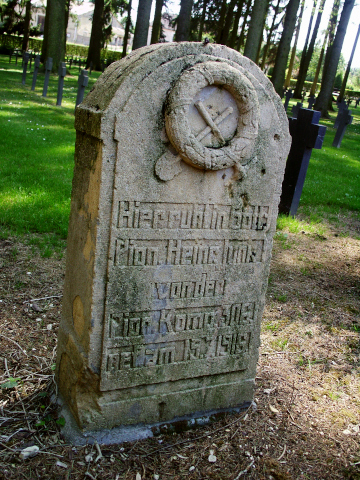 There are a number of individual monuments and original grave stones in the cemetery.