Tyne Cot Cemetery is located 9 kilometres north east of Ieper town centre, on the Tynecotstraat, a road leading from the Zonnebeekseweg (N332).

Parking is provided to the rear of the visitors centre. It should be noted that the road leading along the front of the cemetery is now one-way only: leading away from the cemetery. 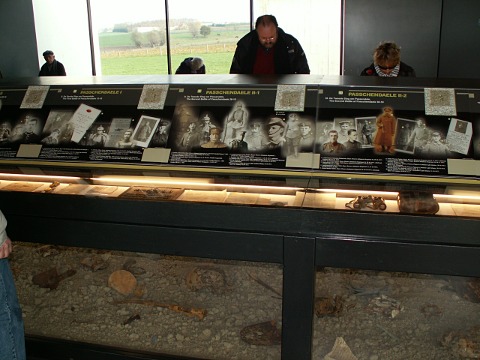 Having passed through the Vistors’ Centre you walk down to the main entrance to the cemetery. The exit back into the car park is within the apse containing the New Zealand Memorial.

The names of those from New Zealand units are inscribed on panels within the New Zealand Memorial Apse located at the centre of the Memorial. 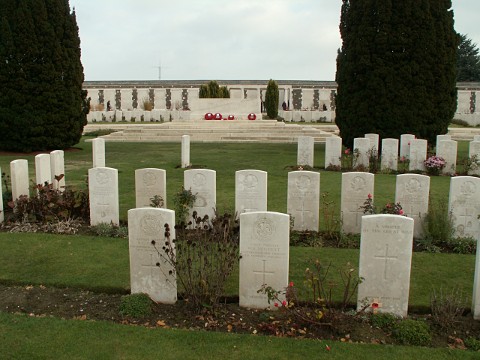 The cemetery was established around a captured German blockhouse or pill-box used as an advanced dressing station.

The original battlefield cemetery of 343 graves was greatly enlarged after the Armistice when remains were brought in from the battlefields of Passchendaele and Langemark, and from a few small burial grounds.

It is now the largest Commonwealth war cemetery in the world in terms of burials. 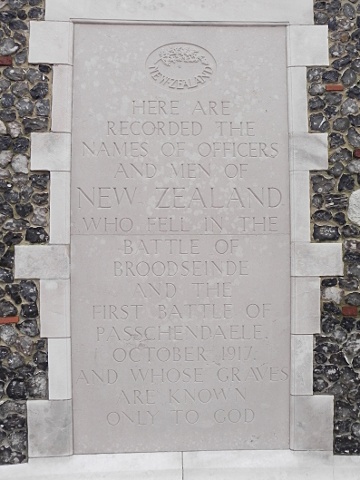 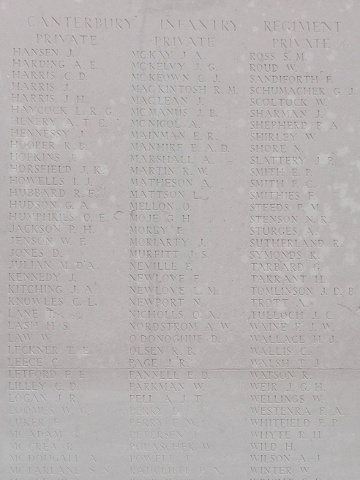 The Tyne Cot Memorial is one of four memorials to the missing in Belgian Flanders which cover the area known as the Ypres Salient.

The site of the Menin Gate was chosen because of the hundreds of thousands of men who passed through it on their way to the battlefields. The Menin Gate commemorates those of all Commonwealth nations except New Zealand who died in the Salient before 16 August 1917.

Those United Kingdom and New Zealand servicemen who died after that date are named on the memorial here at Tyne Cot, a site which marks the furthest point reached by Commonwealth forces in Belgium until nearly the end of the war. Other New Zealand casualties are commemorated on memorials at Buttes New British Cemetery and Messines Ridge British Cemetery.

The circular apse displays the panels of the New Zealand Memorial to their missing from the Battle of Broodseinde and the First Battle for Passchendaele. Of the 1176 soldiers commemorated here, 663 were killed within sight of Tyne Cot Cemetery on 12th October 1917.

One family; the Newloves from Takaka, Nelson lost two sons that day: Edwin and Leslie. A third, Leonard had been killed on the 4th October. All three are on the memorial. Edwin and Leslie can be seen on the Canterbury Regiment panel (pictured above). Leonard was with the Auckland Regiment.