Keiem is a village approximately six kilometres north of Diksmuide on the N 369.

On reaching the village turn right along Keimdorpstraat (N369B) and continue through the village. The military cemetery is on your right just as you leave Keiem. 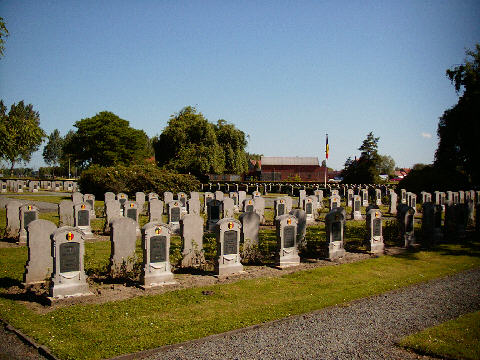 Keiem (Keyem during the war) was part of the Belgian advanced line following the retreat from Antwerp.

Despite desperate attempts to hold the village by Belgian Troops and a French force of Fusiliers Marins under Amiral Ronarc’h the village fell to the Germans on 19th October 1914.

Following the war the authorities gathered the remains of Belgian soldiers in the immediate area and concentrated them into this cemetery.

There are now 590 burials in the cemetery, 364 of them unknown (onbekend — inconnu).

Of these burials 147 are from the 8ste and 13de Linieregiment who led a counter-attack against the Germans from Diksmuide. The Germans would later recapture Keiem.

You will note that the inscriptions are either in Dutch or French according to the native language of the casualty. This seems to apply regardless of the official language of the regiment concerned.

The Battle of the Yser 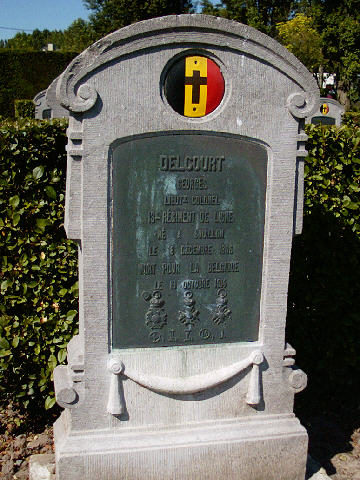 Lieutenant Colonel Georges Delcourt
13e Régiment de Ligne
Born in Bouillon on 8th December 1865
Died on 19th October 1914
At Keiem (shot in chest)
Son of Henri and Augustine Delcourt
Husband of Thérèse de Bois
Knight of the Order of Leopold,
Officer of the Order of the Crown,
Military Cross 1st and 2nd class 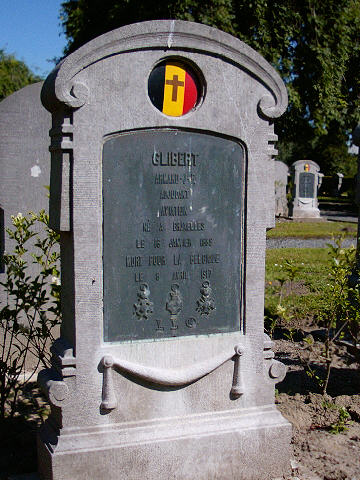 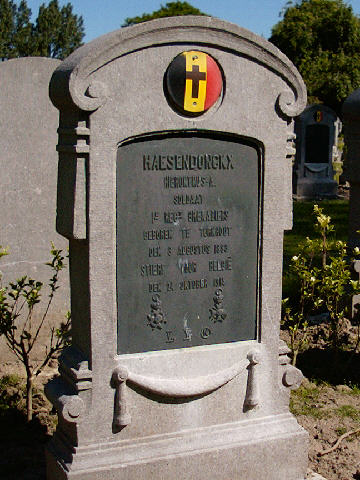 Soldaat Hieronymus Haesendonckx
135/50816
1er Grenadiers Regiment, 2 Bn
Born in Turnhout on 9th August 1893
Died on 24th October 1914
At Stuivekenskerke
Son of Frans and Maria Haesendonckx
Cross of Knight of the Order of Leopold II with palm
War Cross with palm