Ramscappelle Road Military Cemetery is located two kilometres east of Nieuwpoort on the N367, which leads from Nieuwpoort to Sint Joris.

From Nieuwpoort town centre the Willem Deroolaan leads for 500 metres onto the N367 Brugsesteenweg. The cemetery lies one kilometre along the N367 on the junction with the N356 Ramskapellestraat.

There are also CWGC burials, from both wars, in Nieuwpoort Communal Cemetery a few hundred metres further along the road. 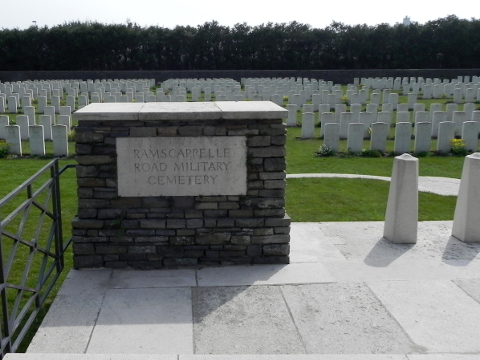 From June to November 1917, Commonwealth Forces (XV Corps) held the front line in Belgium from St. Georges (now Sint Joris), near Ramskapelle, to the sea.

Most of Plot I of Ramscappelle Road Military Cemetery was made in July and August 1917, but the cemetery was considerably enlarged after the Armistice when graves were brought in from the battlefields and the following smaller burial grounds :

There are an additional 2 unidentified Foreign National burials here. 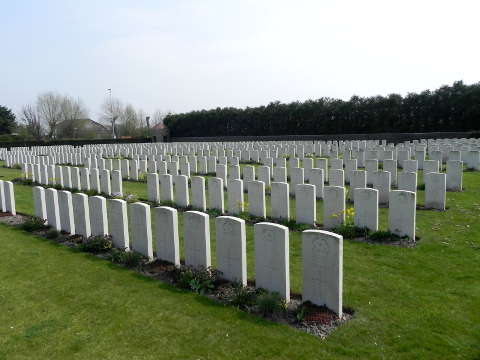 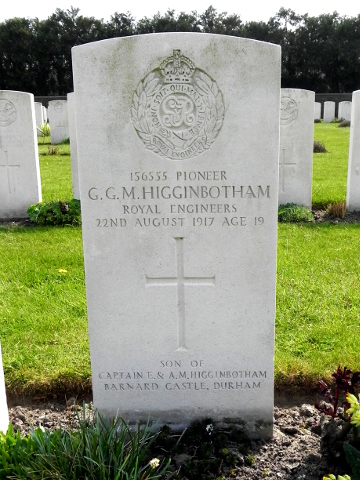 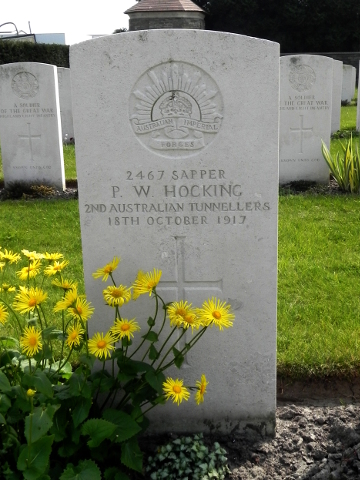 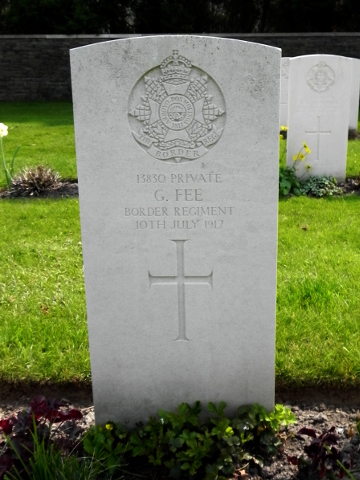