Arleux-en-Gohelle is a village on the main Arras to Henin-Lietard road, the D919. The Cemetery lies on the left side of this road approximately 1 kilometre from the village of Bailleul-Sire-Berthoult. 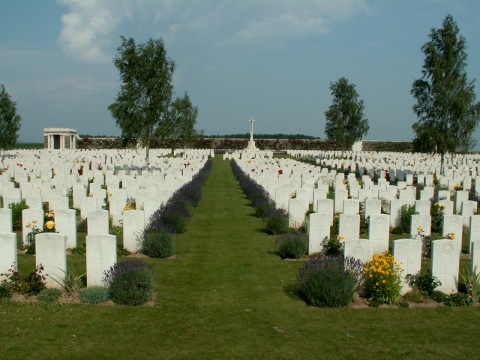 The cemetery was begun in April 1917, on the new front resulting from the Battles of Arras, and it was used by the units holding that front until the following November. These original burials are in Plot VI, Row K, and Plot I, Rows A to F. 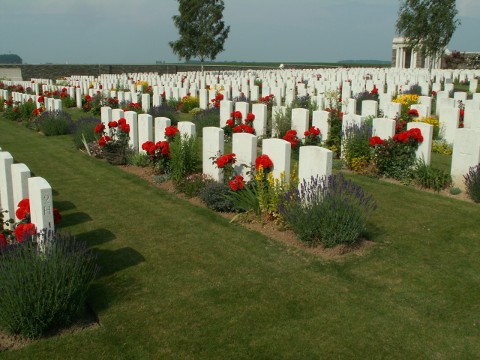 The cemetery was greatly enlarged after the Armistice by the concentration of graves from the neighbouring battlefields and from other burial grounds. During the 1939-45 War, No.2 Casualty Clearing Station was at Rouvroy, three kilometres north-east of Arleux, and the cemetery was used again.

There are over 3,000, 1914-18 and 20, 1939-45 war casualties commemorated in this site. Of these, more than four-fifths from the 1914-18 War, are unidentified and special memorials are erected to ten soldiers from the United Kingdom and four from Canada known or believed to be buried among them. 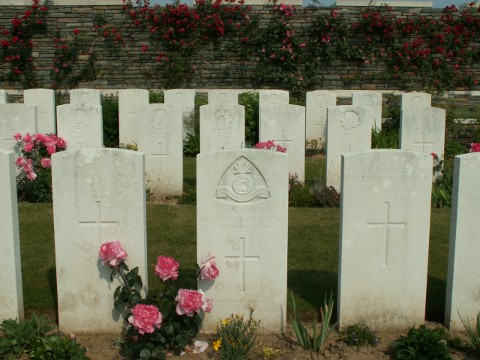 Many of the graves are unknown

Other special memorials record the names of 38 Canadian soldiers and six from the United Kingdom, buried in other cemeteries, whose graves were destroyed by shell fire. Certain graves in Plots VII, VIII and IX, identified collectively but not individually, are marked by headstones bearing the additional words: Buried near this spot. 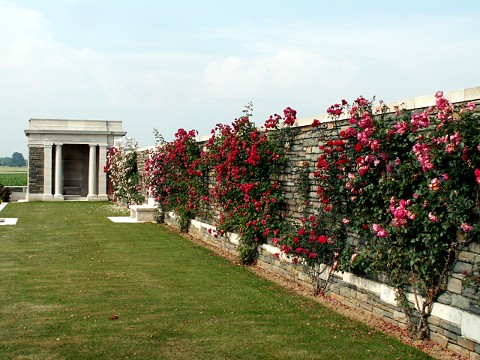 The cemetery covers an area of 9,402 square metres and is enclosed by rubble walls on three sides. 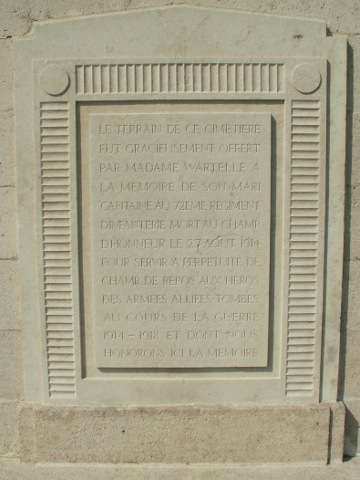 A tablet in the cemetery records the fact that the site was given by the Mme Wartelle the widow of a Captain in the French 72nd Infantry Regiment, killed in action at the battle of Cesse (Meuse) on 27 August 1914.

The following were among the burial grounds from which British graves were removed to Orchard Dump Cemetery: 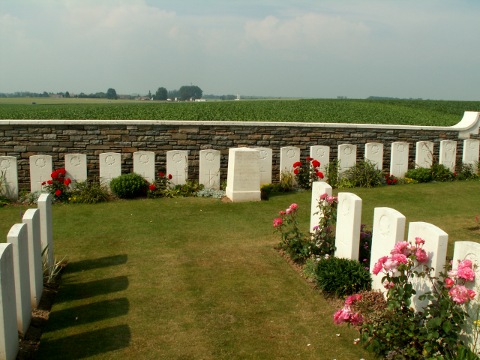 Willerval Canadian Cemetery (or Vancouver Road Cemetery) made by the 2nd Canadian Division in May, 1917, and containing the graves of 34 Canadian soldiers. It stood about midway between Vimy and Fresnoy.

Willerval Churchyard, where four men of the 3rd Canadian Battalion were buried in April and May, 1917. 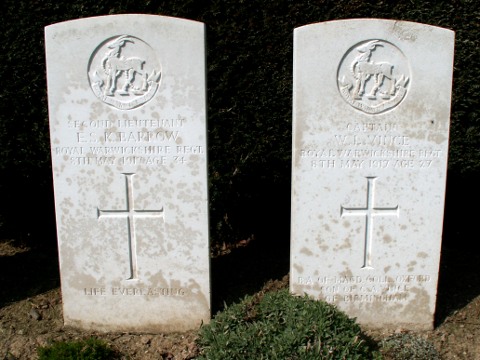 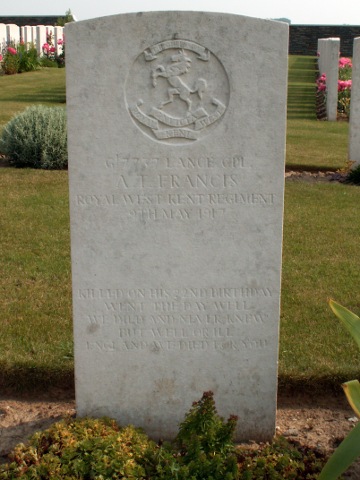 Killed on his 22nd birthday

Went the day well
We died and never knew
But well or ill
England, we died for you

These are the words of the 2nd Epitaph by John Maxwell Edmonds. The words originally appeared in The Times on 6th February 1918. It is also the title of a British 2nd World War propaganda film.

When you go home, tell them of us and say,
“For your tomorrows these gave their today.”

This has been slightly transformed into the Kohima Exhortation commemorating the Battle of Kohima by the British 2nd Division in 1944.

Both quotations are inspired by Simonides’ epitaph for the Battle of Thermopylae. 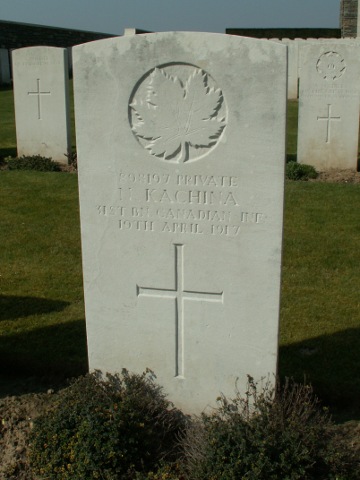 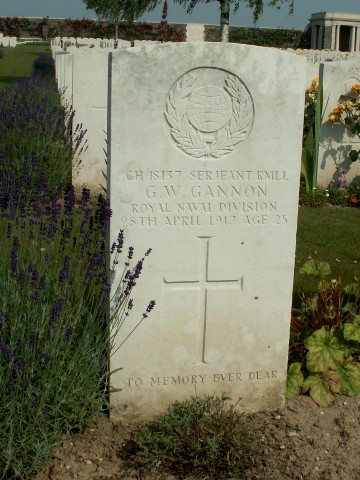 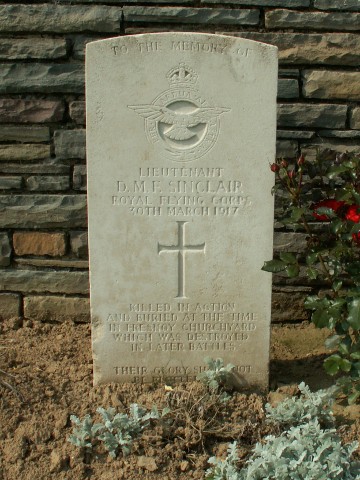