Webmatters : Memorial cross to the 15th Battalion CEF at Écurie : The location of CA 35

That is a good question and not so easy to find an answer for. The reason being that there are different map references for those that we know were buried in it. The 13th Battalion were responsible for the salvage operation along the front line. 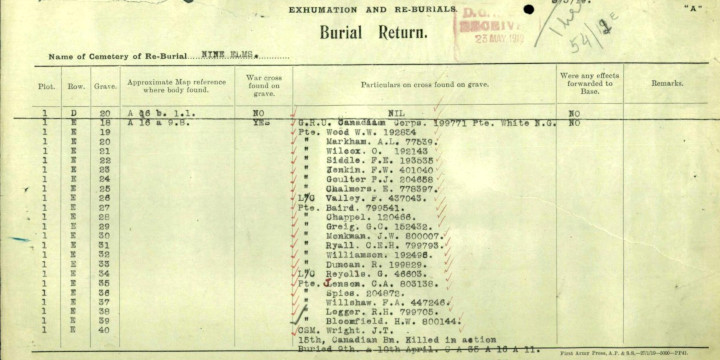 The exhumation report on CA 35 relocating them all to Plot I, Row E at Nine Elms Military Cemetery

The CWGC Concentration of Graves report of May 1919, can be considered ambiguous. It states that the rough location of the location of the graves of ALL the CA 35 casualties was at A 16 a 90 80 but at the end of the listing it goes on to say :

The two references can be roughly translated into, up near the front line along the Chemin des Meuniers, and near the rear entrance to the Douai tunnel in the field on your left as you come up the track from the sunken road. 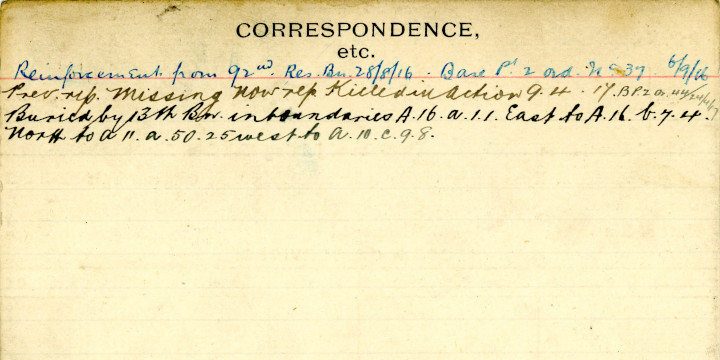 The Record of Service cards for the casualties do not shed any further light on the matter. To the contrary, they further confuse matters. 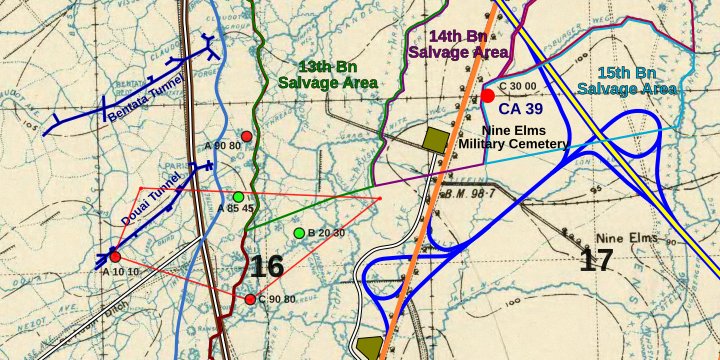 The red outline shows the boundary. Note that as this a a later trench map all the trenches are in blue (Allied)

For those buried by the 13th Battalion, no particular location is given, merely a boundary :

That is a large area of ground, though it can be argued that the initial grid reference matches that mentioned on the CWGC report. 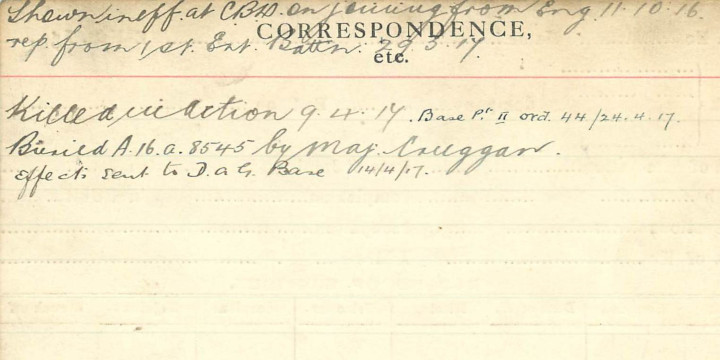 That of Robert Duncan gives a clear grid reference

However, six of the other burials, are given a very clear reference. According to their cards, they were buried by Major Creggan, the Brigade Chaplain, at grid A 16 a 85 45 and that is definitely up near the front line.

Why would the Brigade chaplain bury a half dozen Highlanders there if a larger group of them had already been buried by the 13th Bn a hundred or so metres away ? Why does the CWGC report not give the battalion reference for those six burials in its recovered location report ? 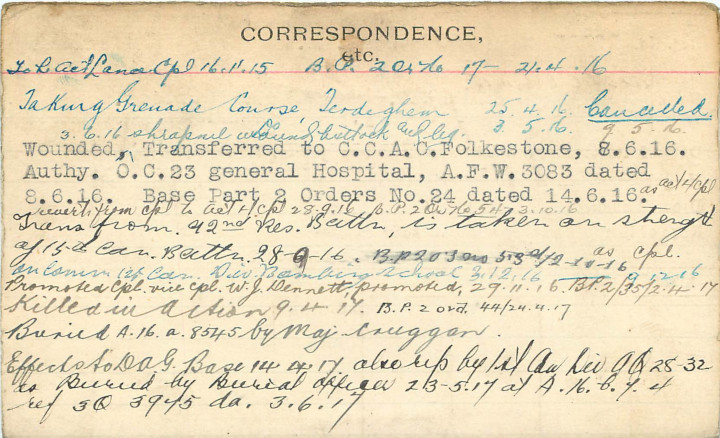 Further confusion is added by the fact that three other soldiers (Hunter, Monaghan and Smith) who are reported to have been buried by Major Creggan at grid A 16 a 85 45 were not found there in 1919.

Is it possible that some form of concentration of bodies had already taken place ?

We probably will never know but as the only know references place six of the graves up at the front line and it is within the 13th Battalion boundary it seems more than likely that this is where CA 35 was.