Over the next few days the 58th (London) Division took over the entire front at Bullecourt west of the Central Road. The Australian 5th Division maintaining the front to the east of it.

On the 14th May the Germans were noted to be moving men forward from Riencourt. Then at 0100 hours on the 15th May their artillery opened up on the Australian position before encompassing the entire front two hours later.

The German infantry assaulted their old front line at 0340 hours. The Australian 54th Bn holding the trenches east of Central Road had already suffered heavy casualties during the bombardment and momentarily lost control of their barricade in OG2 at crossover F.

Elsewhere though the 2/3rd and 2/4th London Regiment in their first battle encounter with the Germans acquitted themselves well and forced the attackers back. The former even finding itself able to lend a hand to its Australian neighbours.

The end though, was finally in sight. 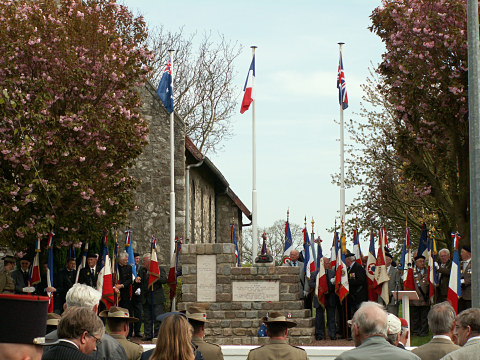 The German high command had been at odds as to whether or not Bullecourt was worth retaining. Having failed to recapture the lost ground they were now agreed that a retirement would be in order.

This withdrawal was actually taking place when at 0200 hours on 17th May 1917 the 2/5th London Battalion attacked the last German held strong points in an area known as the Red Patch (Due to its colouring on the trench maps).

What they found was an enemy in the process of destroying its last bunkers and fortified positions. A few dozen prisoners were taken and Bullecourt was in Allied hands after two weeks of gruelling and costly battle.

The Battle of Arras had in reality finished on the 4th May and by the time Bullecourt was wound up Field Marshal Haig had long since turned his attention to Flanders.

There were a lot of recriminations after Bullecourt. The Australians lost about 7,500 casualties in the space of the two weeks fighting (The British about double that figure). The first battle had been a botched job of the highest order, based on untried tactics and General Gough’s stubborn desire to get in on the action before Third Army cleaned up on the honours.

Thus, the fiasco of the 10th April when the tanks hadn’t shown and the subsequent failure of the tank plan the following morning. Gough now insisted on making a further attempt on taking the re-entrant in front of the Australians and would have done so far earlier if had been given the nod by Haig.

Second Bullecourt required the Australians to repeat an extremely dangerous manoeuvre supported by an inexperienced British Division. That said, the Australian 5th Brigade made little provision to cover its right flank despite the lessons from the first battle.

That the Brigade failed so badly to accomplish its task was a self inflicted wound. To some extent the hand was now forced. The gains made by Gellibrand’s 6th Brigade only made sense if Bullecourt was captured.

On the 6th May Haig communicated that he was impressed by the Australians whose efforts were:

…helping very appreciably in wearing out the enemy.

By then the British were fighting as much to aid the ailing French on the Chemin des Dames as to draw attention away from Flanders where Haig was already preparing his summer offensive. It could almost be argued that their tenacity in holding the line made the taking of Bullecourt a necessity. All or nothing.