Thélus is a village 7 kilometres north of Arras and Bois-Carré British Cemetery is one kilometre east of the village on the south side of the D49 road to Bailleul-sire-Berthoult.

A short distance away is the monument to the 1st Canadian Division who fought here in April 1917. 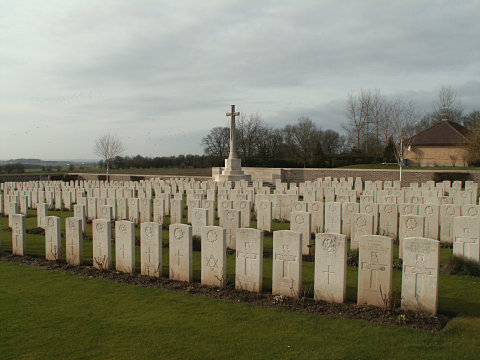 Thélus village, which stands on the Vimy Ridge, was captured by the Canadian Corps on the 9th April 1917, and it remained in British hands until the end of the War.

The commune contains Battle Memorials of the 1st Canadian Division and (at Les Tilleuls) the Canadian Artillery.

Bois-Carré British Cemetery was begun by units of the 1st Canadian Division in April 1917, and used until the following June, and the 61 graves thus made are in Plot I.

It was greatly enlarged after the Armistice by the concentration of graves from the surrounding battlefields, and a Canadian soldier, accidentally killed in 1919, was buried in Plot I, Row F.

There are now over 500, 1914-18 and a small number of 1939-45 war casualties commemorated in this site. Of these, nearly 60 from the 1914-18 War are unidentified and special memorials are erected to one soldier from the United Kingdom and one from Canada known to be buried among them.

Other special memorials record the names of ten Canadian soldiers and three from the United Kingdom, buried in smaller cemeteries, whose graves were destroyed by shell fire. The cemetery covers an area of 1 898 square metres and is enclosed by a brick wall. 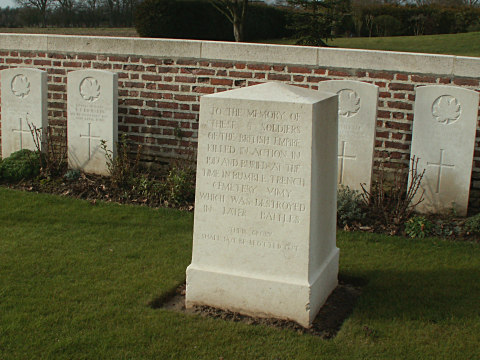 The Memorial to Bumble Trench Cemetery

The following were the more considerable burial grounds from which graves were concentrated to this cemetery : 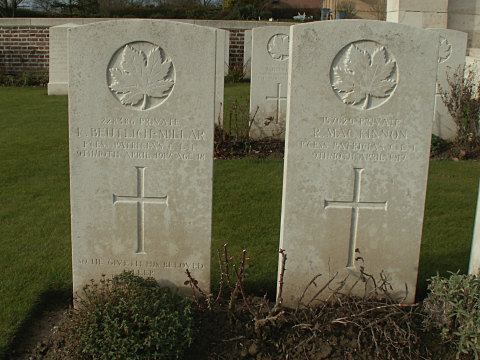 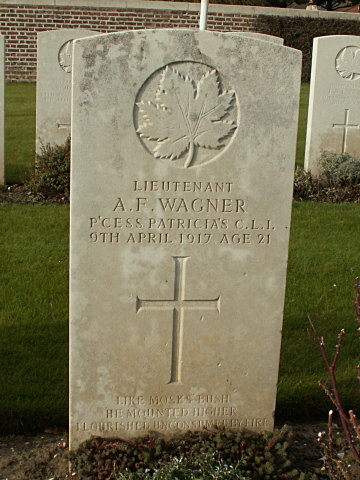 Like Moses’ Bush
He mounted higher
Flourished unconsumed by fire 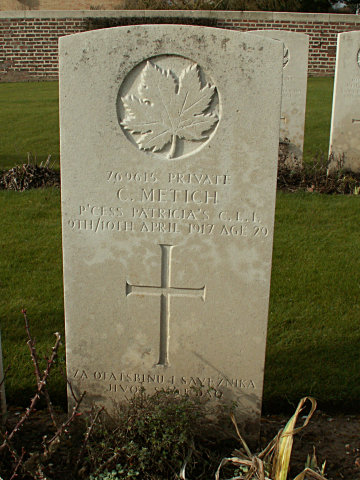 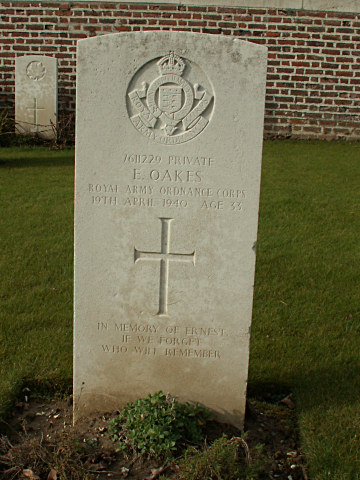 In memory of Ernest
If we forget
Who will remember