With Field Marshall Haig’s promotion of Fuller’s raid into a full scale attack, General Byng issued his orders on the 13th November. The battle would be led by the Tank Corps with five Divisions of Infantry in close support.

IV Corps either side of Trescault would attack using two Divisions and III Corps on the right flank would use three.

They would break through the Hindenburg Line and seize the towns of Masnières and Marcoing on the St Quentin Canal. A sixth Division (The 29th : III Corps) would come up to repair the bridges whilst the main thrust continued to the German’s support position : the Masnières—Beaurevoir Line.

The breach made ; the Cavalry Corps would pass through the hole in the German position and isolate Cambrai by passing around it and seizing the crossings on the River Sensée to its north.

Whilst this was being done IV Corps would press home an attack on Bourlon Wood and seize its ridge.

The final stage would be to mop up any German resistance within Cambrai and the captured area.

The front of the attack was quite narrow — only about ten kilometres — between Bonavis Ridge on the right flank and the Canal du Nord on the left. It would benefit from an opening barrage of over a thousand guns.

The Tank Battalions were assigned from north to south as follows :

As has already been mentioned the Battle Plans were Top Secret and were only communicated at the last instant to commanders. Tank Corps officers who visited the front lines wore other regimental uniforms and officers from the Highland Division agreed to wear trousers rather than their kilts.

As infantry and tanks had to be trained to work ensemble one of the rumours put about was that they were all being shipped out to Italy in the very near future. No doubt many a soldier was disappointed to find himself still in the land of beetroots as opposed to olive trees for New Year. 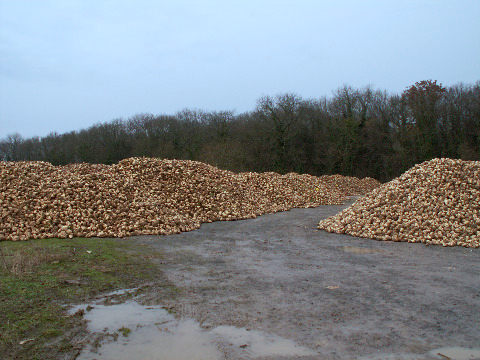 Little in the way of extra accommodation was provided to prevent German aerial observation from noting new constructions.

Artillery positions and ammunition dumps had to be prepared and camouflaged in advance with one advantage: the number of shells required was considerably less than normal as no preliminary bombardment was going to take place.

On the 7th November the final move towards a still unfixed Zero Hour commenced. The artillery began moving up to their positions followed ten days later by the infantry.

Thirty-six trains were deployed by 11th Engineer Regiment (Railway) USA to bring the tanks up from the Somme. The engineers were made up of railway workers from New York and throughout the operation which ran between the 15th and 18th November a policy of a complete clean up was employed. By daylight there was not a sign that a tank had ever passed by.