It was still dark on a cold and misty morning when at 0610 hours the tanks began their advance from their camouflaged shelters just behind the British lines. To cover the noise aircraft from the Royal Flying Corps made a number of low flying sorties along the front line.

It had been calculated that it would take the tanks ten minutes to reach the British front line and become visible and audible to the German defenders. At that precise moment at 0620 hours the British barrage crashed out.

As already mentioned, the ranging of the guns had all been calculated mathematically with very little given away to warn the Germans of a definitive attack. The surprise was complete. The Germans had hardly managed to get over the shock of the sudden barrage when hundreds of tanks rumbled into view.

The outpost warning zone was crushed under the tracks as resistance melted away.

On the far right of the battle, 12th (Eastern) Division got off to a storming start. The 5th Royal Berkshires (35th Brigade) carried the high ground above Banteux and the 7th Suffolks passed through to take the Hindenburg Line in front of them. The only problem encountered was that of a fortified building called Bleak House on the Peronne Road. Working together, the tanks and infantry soon had it under control. 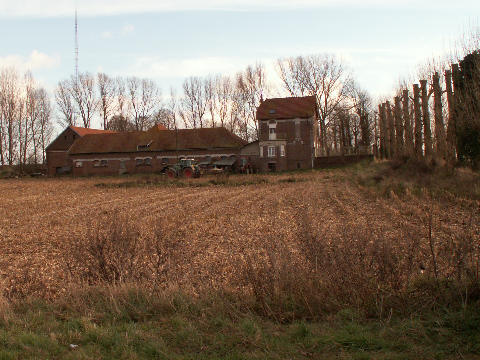 On their left the 36th Brigade were also having a successful morning. The leading battalions had encountered little in the way of a defence and the 8th Royal Fusiliers advanced to a flanking position on the right of La Vacquerie. By 0800 hours 12th Division had seized its first objectives.

Here they paused for the prescribed 48 minutes before launching the second wave of the assault. 37th Brigade came through and took up the fight heading up the main road towards Bonavis Farm. The 6th Buffs came up against stiff resistance at Pam Pam Farm which had not been subjected to an artillery bombardment. Ten tanks from F Battalion had the buildings ablaze within a short time and the garrison surrendered.

Bonavis Farm and Lateau Wood just beyond it were in 12th Division’s hands by 1100 hours. They had advanced over four kilometres through the Hindenburg Line taking nearly 400 prisoners and a dozen guns. C and F Battalions from the Tank Corps had lost 12 tanks but 55 of their original 76 made it to the second rallying point.

On their left and facing La Vacquerie was the 20th (Light) Division with 60th Brigade up front on the left and the 61st on the right following on behind A and I Battalions of the Tank Corps.

The 7th Somerset LI made for the village whilst the 7th DCLI dealt with a system known as the Corner Work on the north west of the village. Neither put up much of a fight and the 12th King’s continued on towards the Germans front line.

Initially met with heavy fire the King’s found the Germans ready to flee or surrender as soon as the tanks started to crush the Germans defences. The going though got tougher and A battalion lost eleven of its tanks as it closed in on the support system.

In front of the 60th Brigade a machine gun nest containing five guns was threatening to hold up the entire advance when Captain Richard Wain a Section Commander of A Battalion took the position on single-handed. His tank (A2 Abou-Ben-Adam) had been put out of action and he along with one wounded member of the crew were the only survivors.

The tanks were all given a name commencing with their battalion letter.

Grabbing a Lewis gun he charged forward and despite being wounded took half the garrison prisoner. He continued firing until he was wounded in the head. Even then he refused to leave his position and continued to direct the infantry.

He died later that day from his wounds and was posthumously awarded the Victoria Cross — the second won by the Tank Corps and the only one awarded to them during the battle of Cambrai. 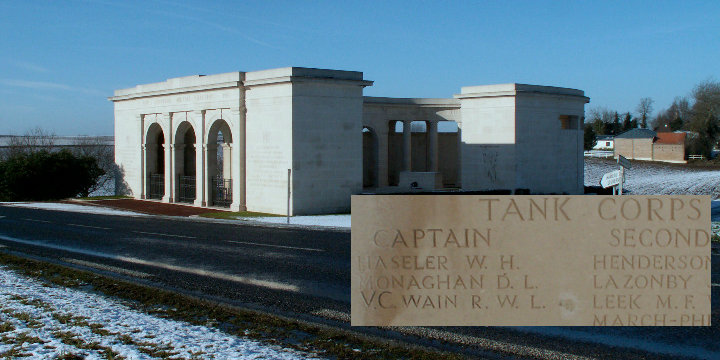 By 1130 hours the Light Division were holding all of their second objectives.

Fighting with 6th Division who formed the left flank of III Corps were the tanks of B and H Battalions. From a tank called Hilda flew the enormous brown, red and green flag of Brigadier General Elles who had elected her as his command vehicle for the battle.

The evening before the General had issued his Special Order No 6.

Tomorrow the Tank Corps will have the chance for which it has been waiting for many months, to operate on good going in the van of the battle.

All that hard work and ingenuity can achieve has been done in the way of preparation.

It remains for unit commanders and for the tank crews to complete the work by judgement and pluck in the battle itself.

In the light of past experience I leave the good name of the Corps with great confidence in their hands.

I propose leading the attack of the centre division.

Tanks and infantry advanced towards Ribécourt with little opposition and within forty minutes the Hindenburg front positions had been taken. At this stage the 9th Norfolks and part of the 2nd Sherwood Foresters continued towards the village.

The Norfolks reached the village before the tanks which had been held up by a feature known as the Grand Ravine (Actually found to be a wide drainage ditch) and were forced to battle it out with the German occupants until the tanks caught them up and helped put an end to resistance.

Their second objectives taken the 6th linked up with the 51st (Highland) Division from IV Corps on their left.

Hilda the tank had sadly become stuck in the second trench and had to be towed out. General Elles decided that enough had been done and walked back to his headquarters.