The sluice gates are close to the King Albert Monument and the Westfront Centre (worthy of a visit for an explanation of the inundation of the polders via the nearby sluice gates).

On 25th October 1914 King Albert gave his permission to commence flooding the polders between the IJzer River and the railway line between Nieuwpoort and Diksmuide.

The system of sluice gates at Nieuwpoort is known as the Ganzepoot or Goose Foot as that is the form it takes as the various water systems join the IJzer river.

Some of these waterways are navigable and have a lock as well as sluice gates. The latter are used to control the level of water in the polders. At high tide they are closed before being opened at low tide to allow surplus water out again. 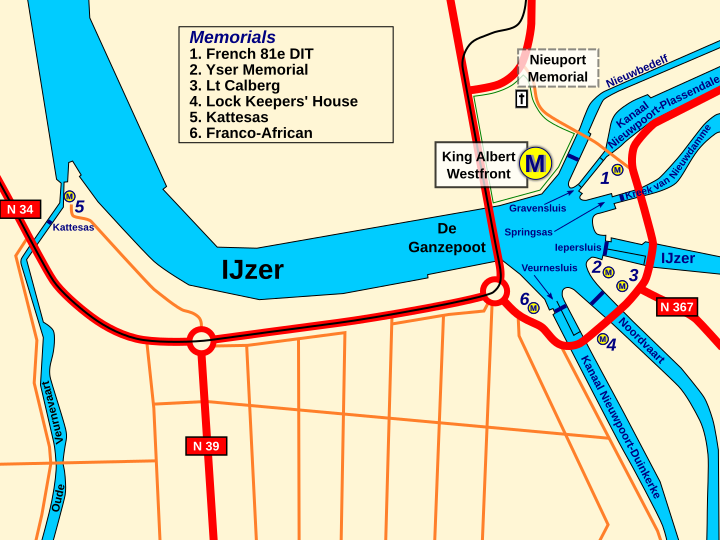 There are six waterways connected at these gates. From north to south : 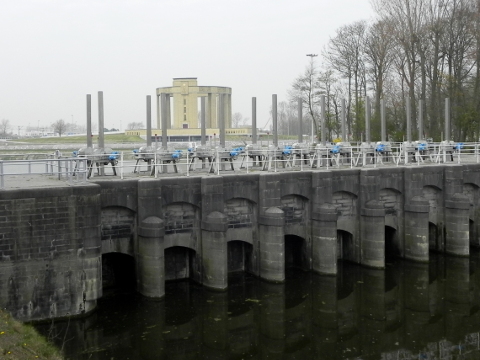 The Noordvaart was instrumental in creating the inundation of October 1914. On the southern side of the Noordvaart you will see a memorial plaque to the Company of Engineers who maintained the inundation. In the grassy area to its north is the Yser Memorial and near the Gravensluis a memorial to the French soldiers who helped the Belgians hold the town.