Gavrelle is a village and commune 11 kilometres north-east of Arras, on the N50 road to Douai.

The communal cemetery is south-east of the village on the road to Plouvain. This is the road opposite the café in the village centre near the church. 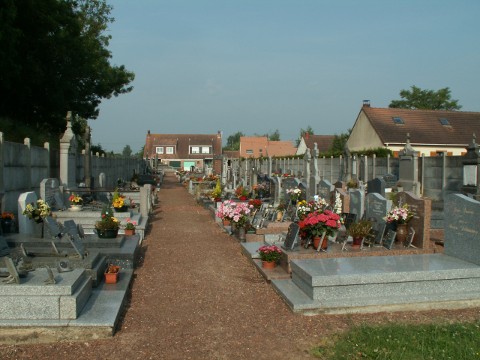 Gavrelle was captured by the Royal Naval Division on 23 April 1917, lost on 28 March 1918, and reoccupied by the 51st (Highland) Division on the following 27 August.

There are seven British graves; they are in two plots which lie on each side of the main path from the entrance.

The village was rebuilt with the aid of the people of Toulouse in the south of France. This explains why the village memorial is also dedicated to Ste Germaine, patron saint of Toulouse. 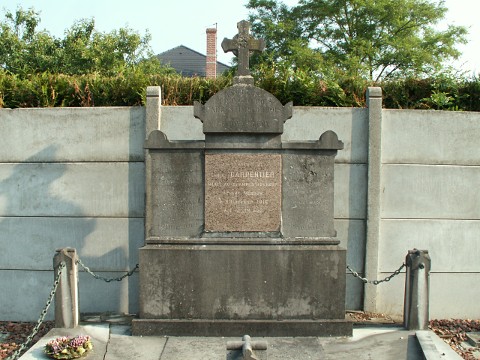 There are a number of local villagers killed during the First World War who lie here. This inscription is hard to read but honours the memory of Emile Carpentier who fell on the Verdun battlefield on the 29th February 1916 at the age of 39 years.

There is another commemorative stone to Abbé Carpentier outside his former church of St Gilles in Abbeville. 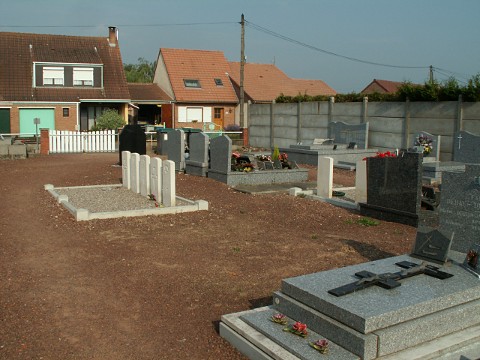 The seven Second World War British tombs lie just at the entrance to the cemetery.

I have photos of all seven headstones

There are two CWGC cemeteries just outside the village as well as memorials to French soldiers in 1914, and the British in 1917 and 1918.