Orange Hill Cemetery lies due north of Tilloy les Mofflaines, a village in the Pas-de-Calais Department of France, and 3 km south-east of Arras along the D939 road.

From Tilloy les Mofflaines, take the D939 towards Cambrai until you come to a roundabout with a junction for the D37 towards Feuchy. Follow this road for 2 km, then take a track to the east towards the cemetery.

There is now an Industrial Zone near the roundabout,
having taken the exit you have to turn left again — following the sign for Feuchy.

The track is a bit bumpy but reasonable. There is not a lot of room to turn around at the top.

The views from this location over what was called Battery Valley and
the rest of the 1917 battlefield are superb — no wonder the Germans chose it! 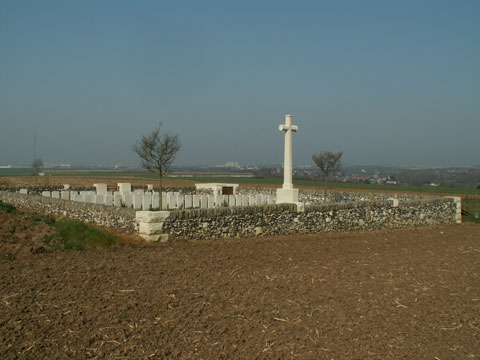 Feuchy was captured by the 15th (Scottish) Division on 9th April 1917, lost at the end of March 1918, and retaken at the end of the following August.

Orange Hill was reached by the 12th Division on 10th April 1917. The cemetery, however, was made by the Canadian Corps after the hill was taken for the second time at the end of August 1918. 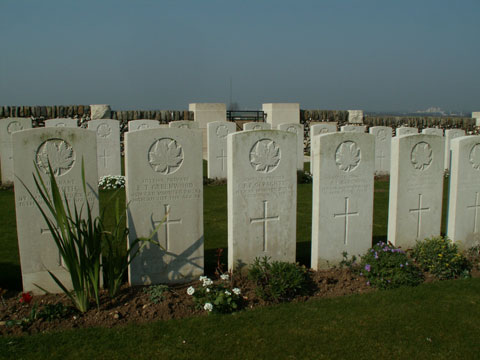 Only one of these burials is not Canadian