The 48th Highlanders of Canada were formed as a militia unit in Toronto by Lieutenant Colonel John Davidson in 1891. On the formation of the Canadian Expeditionary Force in 1914, the 15th Battalion was recruited from Toronto and retained a strong influence from the city’s home regiment, taking their name as the battalion subtitle.

On 23rd August 1918 the 15th Battalion were brought out of the line to recently cleaned billets at Boves (east of Amiens). The next 24 hours were spent in attending the Sunday church parade and cleaning their equipment. Their turn to move north to Arras was about to begin.

They left Boves at 1500 hours on the 25th August 1918 marching to the Saleux railway yard. It was a slow march as many of the men were suffering from dysentery and the battalion had to keep pausing to allow the men to recover. 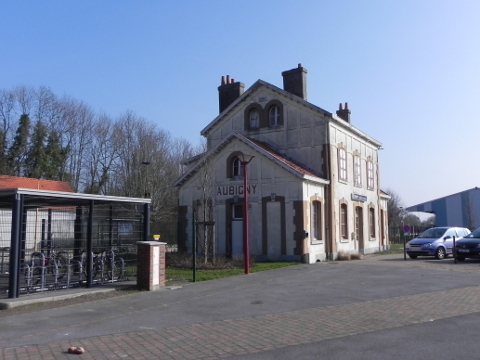 Through the night they rattled their way across Picardie to Aubigny-en-Artois some 20 kilometres behind the Arras front. It was just after 0800 hours and the men managed to avail themselves of a hot meal whilst they awaited their buses. Major John Girvan MC returning from leave that morning had taken over command of the battalion and had been instructed to get his men onto buses and away to Arras.

In Aubigny Communal Cemetery Extension you will find the grave of Claude Nunney VC DCM MM of the 38th Bn Canadian Infantry who was awarded his VC for work carried out attacking the Drocourt-Quéant Line.

The news coming in from the front was promising. That morning the 2nd and 3rd Canadian Divisions had launched an attack on the far side of Arras; Monchy le Preux had fallen (again) and the Canadian Corps were advancing from Arras towards Cambrai astride the old Roman road.

Arriving on the outskirts of Arras the Highlanders debussed at the Baudimont Gate (Now a large junction near the Regional Hospital) and from there they marched around the old fortifications to the moat of the citadelle. Fifteen months previously tanks had been parked here prior to the Battle of Arras, now the kilted Canadians rested for the moment and awaited their orders.

The Canadians were approaching the Drocourt-Quéant Line, a keystone of the Hindenburg Line defensive system. Behind it lay the partially completed Canal du Nord. From there they would no longer be conquering ground but liberating the northern towns and villages of France, communes that had witnessed nothing but feldgrau since 1914.

The Highlanders left the semi comfort of Arras on the 27th and marched out to Telegraph Hill south of Tilloy les Mofflaines and then to positions just behind Wancourt later in the evening.

As rain started to fall the following day they remained at Wancourt until late in the evening when they were moved forward to take over the front line in front of Chérisy. They were relieving men from 2nd Canadian Division who had been in combat all day.

It had not been a simple matter to find the front line. After years of static warfare where gains even on the best of days tended to be limited, the move to open warfare had stretched communications in both directions to its limit.

The relieving force was simply told to advance – in that direction – and take over the line when you encountered it.

The Highlanders set up their Headquarters in the Sun Quarry just south of Chérisy. Their so called line was a system of irregular craters and chalky shell holes.

Although they were not for the moment engaged in any fighting the battalion continued to suffer casualties (11 killed and 28 wounded) as highly effective German artillery continued to harass their positions.

As evening fell on 30th August a German shell landed directly on the HQ dugout at Sun Quarry. As these positions were the old German trenches the entrance faced the German lines and the shell came straight through it.

Within were the CO, Major Girvan, a group of officers, signallers, runners and a newspaper reporter. The shell exploded putting out the lamps and smashing the table. As the dust settled the only sound that could be heard was the flutter of the pigeons’ wings as they settled back down again.

The gathered humans picked themselves up, dusted themselves down, and possibly gave thanks to numerous good luck charms and deities — everybody had survived a direct hit.

The following morning the 1st Canadian Brigade moved up to the front line for an operation against Upton Wood; a major obstacle on the left of the Highlanders. Throughout the day the battle for the wood rolled back and forth until it was finally secured by the Canadians.

Then, on the afternoon of the 31st August the Highlanders were ordered to take over the newly captured and consolidated trenches with their front line position in Ulster Trench a few hundred metres further down the road towards Hendecourt lès Cagnicourt.

At dawn they were to attack a feature known as the Crow’s Nest and the Château Wood at Hendecourt.