Thelus is a village about 6.5 km north of Arras and 1 km east of the main road from Arras to Lens. The cemetery is on the western side of the main road and about 1.5 km south of the village.

That makes it sound easy to get to which is not really the case as the road system has changed beyond recognition. The cemetery is now on the other side of the crash barriers on the N 17. You must not park here.

From Arras, head for Vimy on the D937. At Neuville St Vaast turn right (for the Canadian Monument) but then take right (D 49) towards Thélus. Once out of the village you will see the CWGC signs pointing up a rough track to your right.

From the A 26 Autoroute come off at Vimy and at the Canadian Artillery Monument at Thélus take the D 49 towards Neuville St Vaast. The track will be on your left. 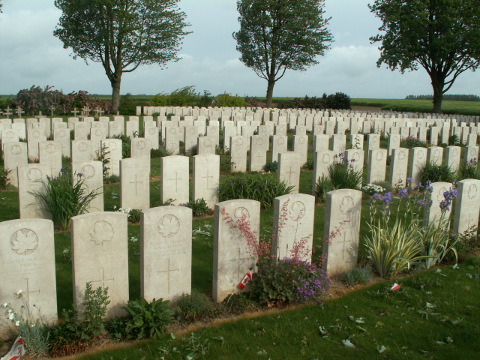 NINE ELMS was the name given by the Army to a group of trees 460 metres East of the Arras-Lens main road, between Thélus and Roclincourt.

The cemetery was begun, after the capture of Vimy Ridge, by the burial in what is now Plot I, Row A of 80 men of the 14th Canadian Infantry Battalion, who fell on the 9th April 1917; and this and the next row were filled by June 1917. 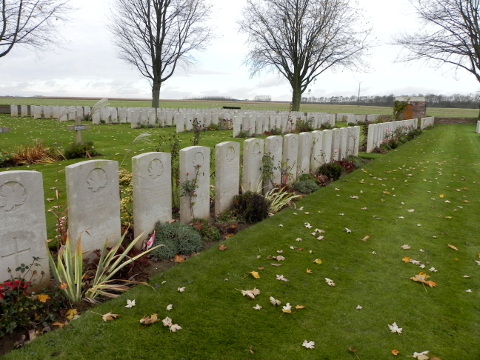 Three burials were made in Plot I, Row C, in July 1918. The rest of the cemetery was made after the Armistice by the concentration of British and French graves from the battlefields of Vimy and Neuville-St. Vaast and from certain small cemeteries, including:- 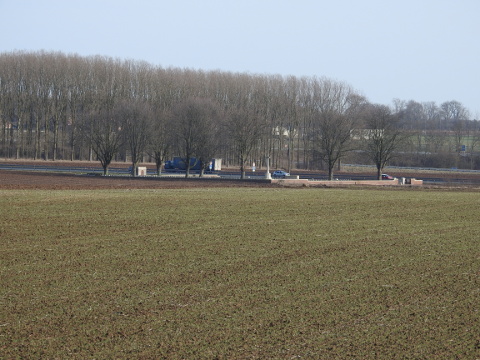 From CA 35 looking down towards Nine Elms. CA 39 was in the trees on the far side of the main road

It would appear from research carried out in Canada that CA 40 Cemetery was never relocated.
The graves have yet to be discovered. [April 2017].

The numerous groups of graves made about this time by the Canadian Corps Burial Officer were, as a rule, not named, but serially lettered and numbered. 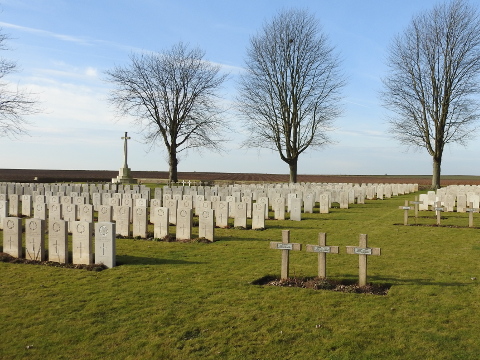 CA 35 and the front line was situated, as a rough reference, along the ridge

There are now nearly 700, 1914-18 war casualties commemorated in this site. Of these, almost 150 are unidentified and a special memorial is erected to one Canadian soldier, believed to be buried among them. Other special memorials record the names of 44 soldiers from Canada and ten from the United Kingdom, buried in other cemeteries, whose graves were destroyed by shell fire.

Four graves in Plot IV, identified as a whole but not individually, are marked by headstones bearing the additional words: Buried near this spot. The great majority of the British graves are of April 1917; the French are of 1914 and 1915. 177 French graves have been removed to other cemeteries.

The cemetery covers an area of 3,355 square metres and is enclosed by a low brick wall. 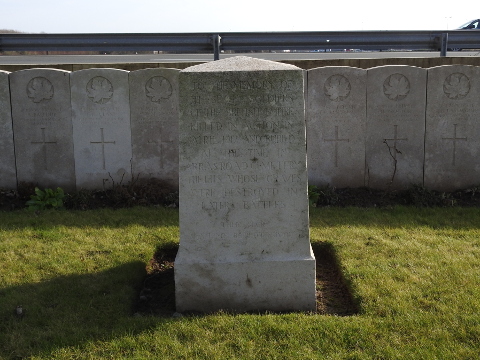 The Memorial to those whose graves were lost at Arras Road Cemetery, Thélus.
That cemetery was created by the 15th Bn CEF and their memorial cross is at Écurie

Brothers who died the same day 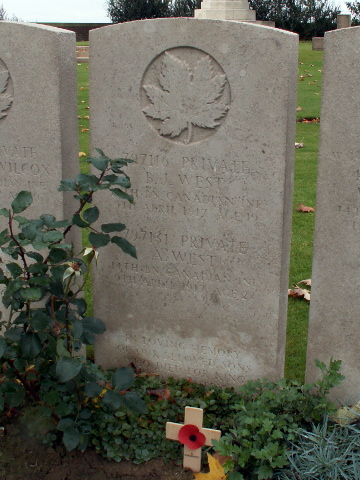 Sons of Abram and Emmeline West
of Kinglake, Ontario

A third brother, Lewis, was killed on 7th September 1917 whilst serving in the same battalion. He is buried in Lapugnoy Military Cemetery (Grave: VI A 3) 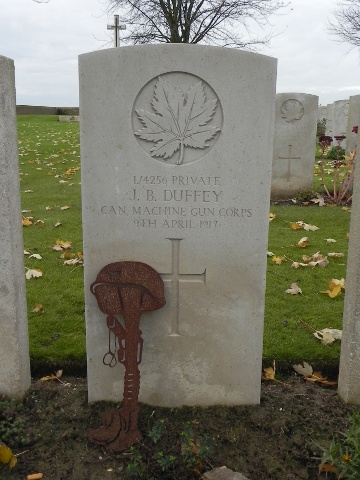 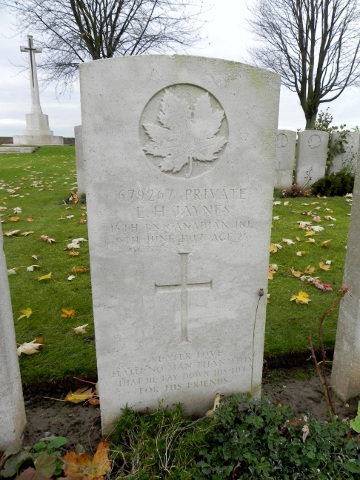 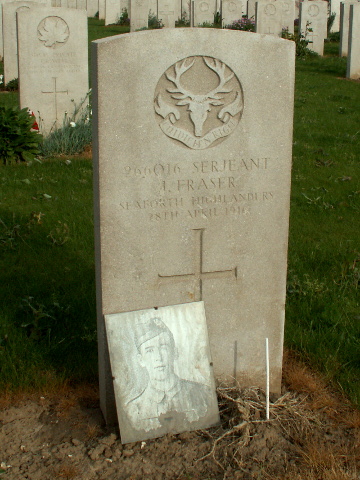 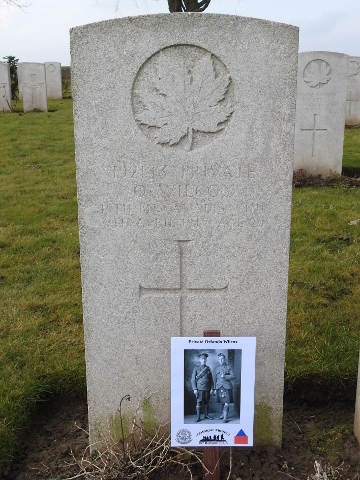 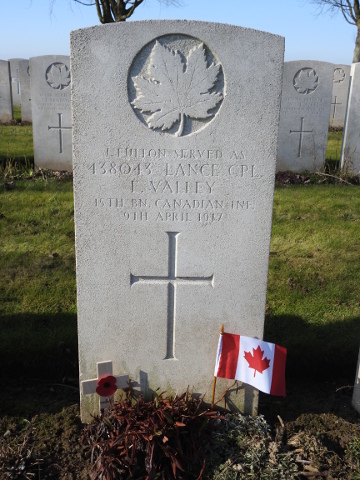 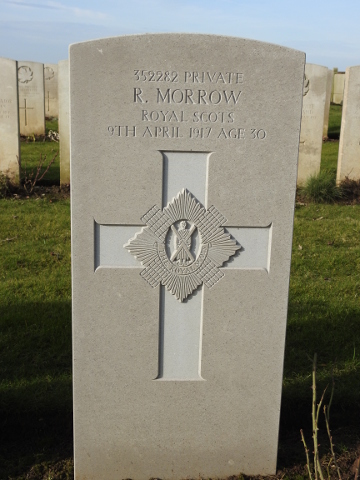