Roclincourt is a village a little east of the road from Arras to Lens.

Arras Road Cemetery is on the west side of the main N17 road from Arras to Lens, about 6 km north of Arras, and north of the village of Roclincourt.

That makes it sound easy to get to which is not really the case as the road system has changed beyond recognition. The cemetery is now on the other side of the crash barriers on the N 17. You must not park here.

From Arras, head for Vimy on the D937. At Neuville St Vaast turn right (for the Canadian Monument) but then take right (D 49) towards Thélus. Once out of the village you will see the CWGC signs pointing up a rough track to your right.

From the A 26 Autoroute come off at Vimy and at the Canadian Artillery Monument at Thélus take the D 49 towards Neuville St Vaast. The track will be on your left. 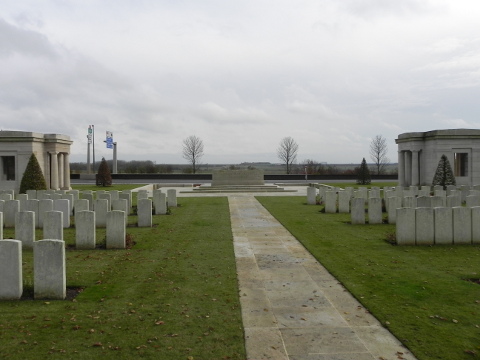 Roclincourt was just within the British lines before the Battles of Arras, 1917; the 51st (Highland) and 34th Divisions advanced from the village on the 9th April, 1917, and the 1st Canadian Division attacked on their left, across the Lens road.

Arras Road Cemetery was begun by the 2nd Canadian Infantry Brigade soon after the 9th April, 1917, and until the Armistice it contained only the graves (now at the back of the cemetery) of 71 officers and men of the 7th Canadian Infantry Battalion (British Columbia Regiment) who fell in April, May and June, 1917. 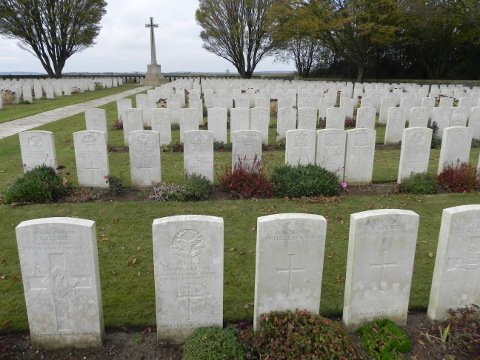 In 1926-29, it was enlarged by the addition of 993 graves from a wide area, mainly North and East of Arras. Amongst these were graves from the following burial grounds:

Givenchy is associated with (among other episodes) the stand made by
the 55th (West Lancashire) Division in April, 1918. 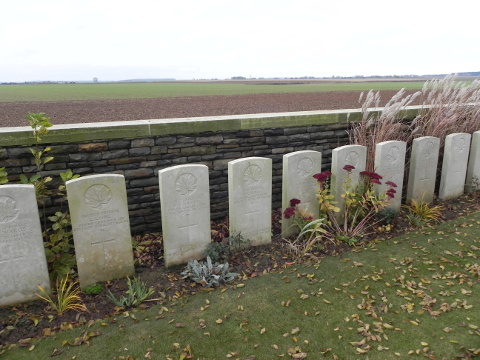 The cemetery covers an area of 4,084 square metres. It is enclosed on three sides by a stone rubble wall, and against the road by a retaining wall. Old dug-outs exist under the North-East corner and on the South-West boundary. 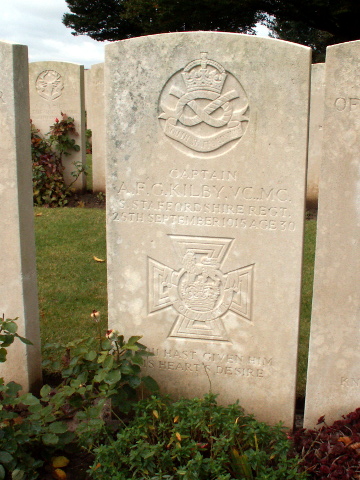 At Cuinchy, on the Le Bassée Canal, on the first day of the Battle of Loos.

For most conspicuous bravery. Captain Kilby was specially selected at his own request, and on account of the gallantry which he had previously displayed on many occasions, to attack with his Company a strong enemy redoubt.

The Company charged along the narrow towpath, headed by Captain Kilby, who, though wounded at the outset, continued to lead his men right up to the enemy wire under a devastating machine gun fire and a shower of bombs.

Here he was shot down, but, although his foot had been blown off, he continued to cheer on his men and to use a rifle.

Captain Kilby has been missing since the date of the performance of this great act of valour, and his death has now to be presumed. 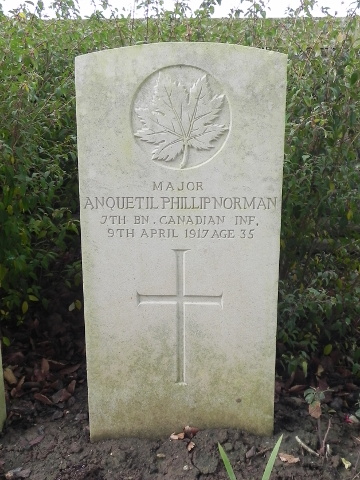 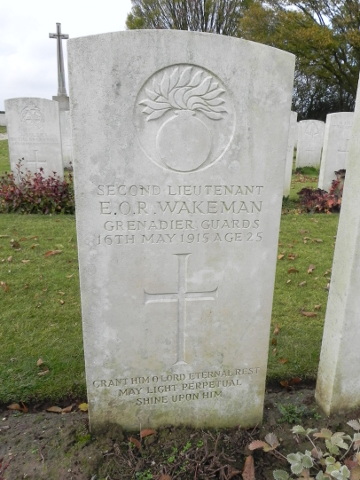 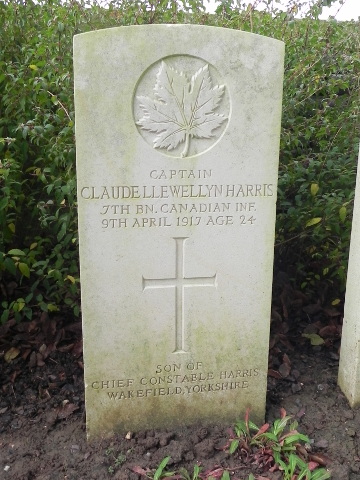 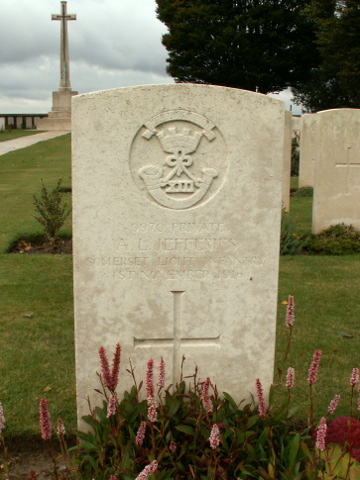 Jefferies enlisted at the beginning of the war and was in France by spring 1915. He was wounded within a couple of weeks of his arrival and had to be hospitalised for nervous depression in November 1915.

He returned to his unit in 1916 but at some stage before the 18th August he went missing. All that is then known is that he must have been retrieved, sent before a court martial and condemned. It will be noted below that his brother was killed in September but whether or not this had any bearing on his absence is not known.