Webmatters : Thiepval Memorial to the Missing

Thiepval Memorial to the Missing

The Thiepval Memorial will be found on the D73, off the main Bapaume to Albert road (D929) turning left and following the signs from Pozières.

It is easily visible for kilometres sitting high on the ridge to your left driving towards Bapaume.

Each year a major ceremony is held at the memorial on 1st July. A smaller ceremony takes place on Armistice Day: 11th November.

Unlike most cemeteries with just one register, Thiepval has dozens, further highlighting the scale of numbers commemorated on its walls.

Regiments are arranged by order and the Piers and faces are clearly marked at their bases.

It is generally easier to use the register to find who you are looking for and then search for the pillar.

In some instances where a casualty is recorded as attached to another Regiment, his name may alternatively appear within their Regimental Panels.

In this case refer to the Memorial Register Introduction to look up possible alternative panel numbers. 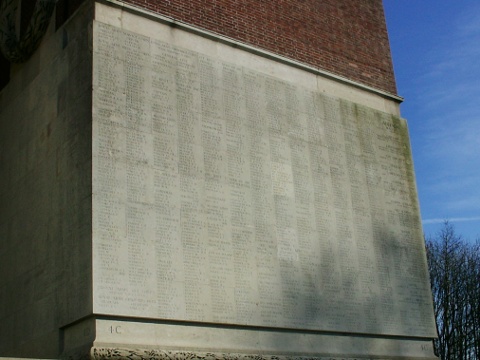 On 1st July 1916, supported by a French attack to the south, thirteen divisions of Commonwealth forces launched an offensive on a line from north of Gommecourt to Maricourt. Despite a preliminary bombardment lasting seven days, the German defences were barely touched and the attack met unexpectedly fierce resistance. 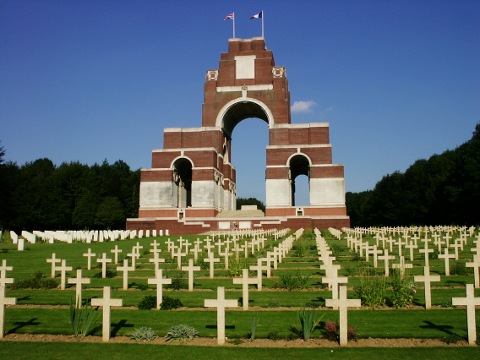 The Memorial from the Anglo French Cemetery

Losses were catastrophic and with only minimal advances on the southern flank, the initial attack was a failure. In the following weeks, huge resources of manpower and equipment were deployed in an attempt to exploit the modest successes of the first day.

However, the German Army resisted tenaciously and repeated attacks and counter attacks meant a major battle for every village, copse and farmhouse gained. At the end of September, Thiepval was finally captured. The village had been an original objective of 1st July. Attacks north and east continued throughout October and into November in increasingly difficult weather conditions.

The Battle of the Somme finally ended on 18th November with the onset of winter. In the spring of 1917, the German forces fell back to their newly prepared defences, the Hindenburg Line, and there were no further significant engagements in the Somme sector until the Germans mounted their major offensive in March 1918.

The memorial, designed by Sir Edwin Lutyens, was built between 1928 and 1932 and unveiled by the Prince of Wales, in the presence of the President of France, on 31st July 1932.

The monument is 44.2 metres high and designed as a series of arches in the general form of a pyramid. It is built of brick and whilst many visitors find the symmetry and design a marvellously cathedral like experience, I would have to admit that whilst impressive I am not certain I like it.

What I do find incredible is the effect of walking from the car park towards the monument.

It is far larger than you think and what starts out as white bands around the base of each arch slowly become blurred bands. The closer you get the more you realise that these blurred bands contain thousands of names.

More than 72,000 names are inscribed on the Portland stone panels that surround the base. It is calculated that 90% of these are from the First Battle of the Somme.

From time to time you will also notice that a name has been removed: 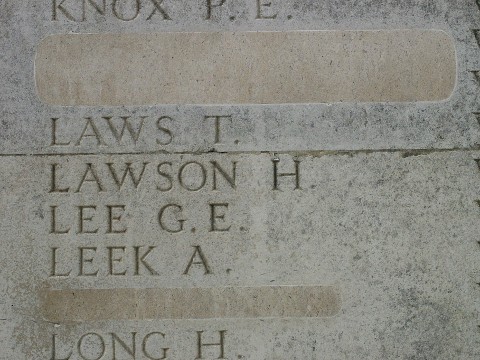 This is where the body of one of the missing has been identified and given a named grave.

I would also remind you that these are men from British and South African Units. There are memorials to the missing of other Empire troops in other locations (see below).

The Visitors’ Centre at Thiepval was opened in September 2004. 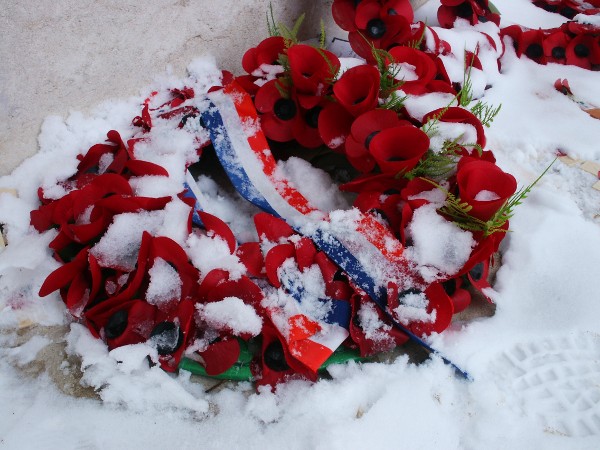 In winter it can be bitterly cold 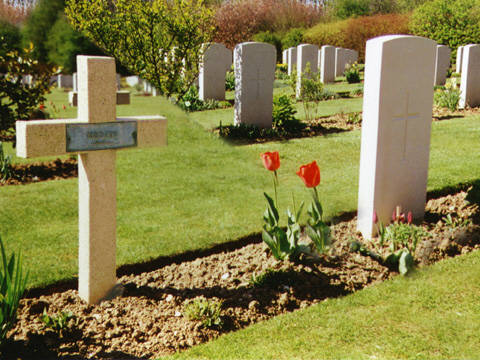 The structure has a twin purpose. Not only is it a memorial to the missing, it also serves as a monument to all those who fought in the First Battle of the Somme from both the British and French armies.

There can be a tendency to forget that the French were responsible for the southern end of the front during the battle and assisted on a number of occasions with artillery for their neighbouring British Divisions.

Behind the memorial you will find a combined cemetery containing the graves of 600 soldiers — 300 British and 300 French. 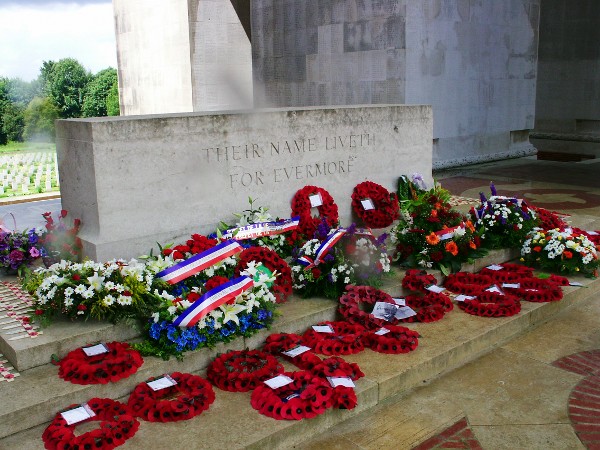 Their Name Liveth For Evermore

There are seven recipients of the Victoria Cross commemorated.

The three recipients of the Victoria Cross from the 36th (Ulster) Division.

There are three executed soldiers commemorated.

The toll on families during the war should never be forgotten and I highlight just a few cases. Looking through the register and looking at the walls you can surely find more.

You will notice that all of the following are to be found on the one pier : 15A, all are brothers and all were killed whilst serving in the 36th (Ulster) Division on the 1st July 1916. 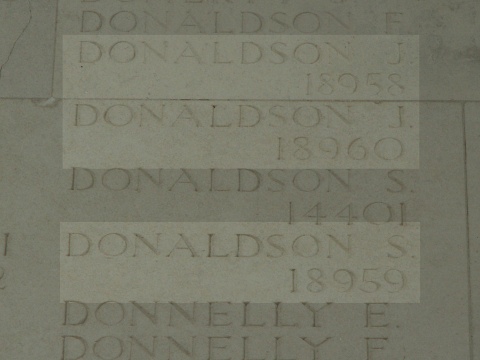 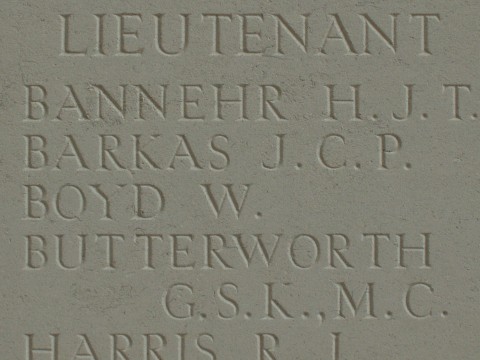 As I have said this memorial concerns only those British and South African casualties for the Battle of the Somme in 1916.

Other Empire nations are commemorated on their own memorials whilst British casualties from the fighting of the 2nd Battle of the Somme in 1918 are on the Pozières Memorial which you may already have seen on the main road approaching the village from Albert.