Thiepval is a village about 8 kilometres north-east of Albert. The Cemetery (signposted in the village) is about one kilometre north-west of Thiepval on the road (D73) Thiepval-Hamel.

p(yellow).Coming via Pozières on the main road, follow the signs for the Thiepval Monument. On arriving in the village continue straight across the junction following the signs for the Ulster Tower and Newfoundland Park.

The cemetery is on your left just before you reach the Ulster Tower. Immediately opposite, up on the ridge, is Mill Road Cemetery 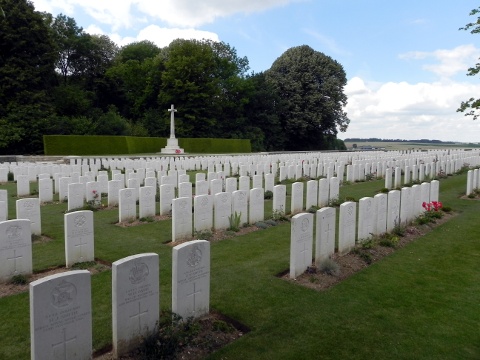 The German Army took the area around Thiepval at the end of September 1914. It then established a line through the area with troops from its 26th Reserve Division. Men from this Division were still in occupation when Commonwealth forces launched their assault on the 1st July 1916.

During this attack, the 36th (Ulster) Division were detailed to attack the German positions north of Thiepval, known as the Hansa Line and the Schwaben Redoubt. Launched from Thiepval Wood, initially their assault was successful and some leading elements even reached as far as the German’s second line of defence (Stuff Redoubt).

However, by the end of the day, as a result of the units on either side of it failing to take their objectives (in particular the 32nd Division’s failure to take Thiepval), it had been forced back to the original German front line. It would take until the 26th September 1916, before Thiepval finally fell to the 18th Division.

Thiepval then remained under Allied occupation until 25th March 1918, when it was lost during the great German offensive, but it was retaken on the following 24th August by the 17th and 38th (Welsh) Divisions.

Connaught Cemetery was begun during the early autumn of 1916 and at the Armistice it contained 228 burials (the whole of Plot I except 10 graves). 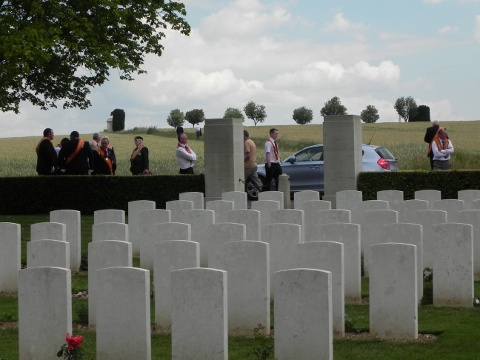 Orangemen in the cemetery on the 1st July

It was then very greatly increased when graves were brought in from battlefields in the immediate area and the following small cemeteries:

Thiepval Village Cemetery, on the summit of the ridge, West of the road to Grandcourt. It contained the graves of 215 British soldiers who fell in 1916 (or in a few cases in 1918).

Thiepval Valley Cemetery, on the South-East side of Thiepval Wood, contained 11 British graves.

Quarry Palace Cemetery, Thiepval, close to the river and a little North-East of the hamlet of St. Pierre-Divion, contained 23 British graves of the autumn of 1916-17.

St. Pierre-Divion Cemetery No.1, Thiepval, a little South-East of that hamlet contained 10 British graves of November 1916. 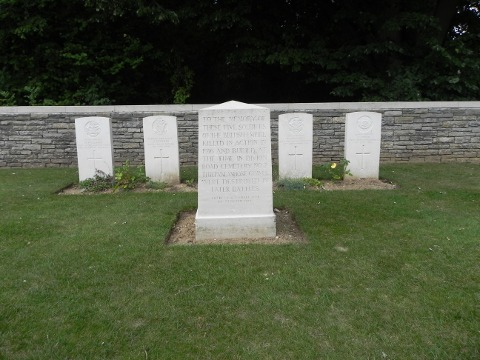 The special memorial to lost graves from
Divion Road Cemetery no.2

Battery Valley Cemetery, Grandcourt, 800 metres South-West of that village, contained 56 British graves of November and December 1916 and one of July 1917.

Paisley Hillside Cemetery, Authuile, on the South side of Thiepval Wood, alongside Paisley Avenue Cemetery, and named from the same trench. It contained 32 British graves of July and August 1916, mainly of the 49th (West Riding) Division.

Gordon Castle Cemetery, Authuile, just inside the South border of Thiepval Wood. It contained 33 British graves (26 belonging to the 49th Division) of July-September 1916 and the grave of one French soldier who fell in October 1914.

Bluff Cemetery, Authuile, 800 metres North of Authuile village, contained 43 British graves of July and September 1916. The vast majority of the burials are those of officers and men who died in the summer and autumn of 1916.

There are now 1,268 Commonwealth servicemen of the First World War buried or commemorated in the cemetery. Half of the burials are unidentified, but special memorials commemorate two casualties believed to be buried among them and five buried in Divion Wood Cemetery No.2, whose graves could not be found on concentration. 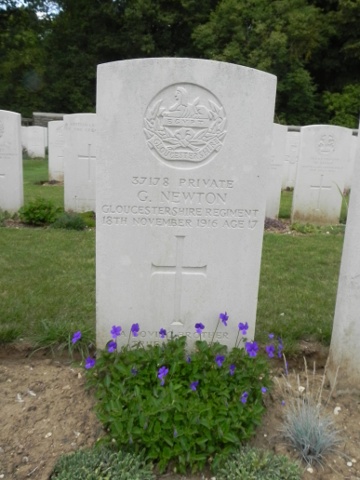 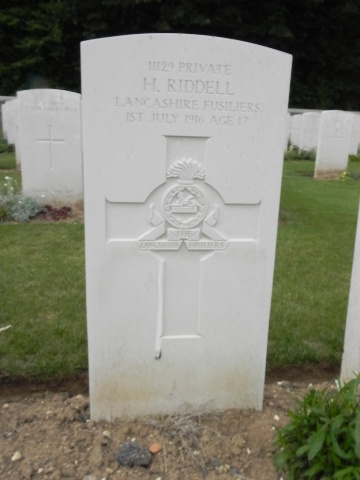 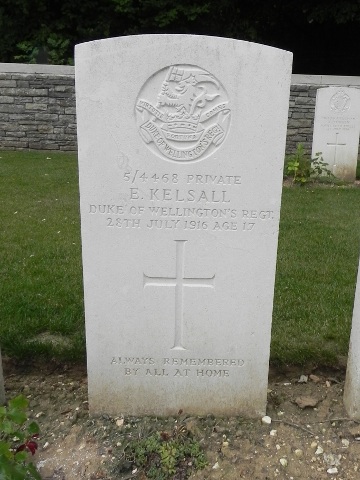 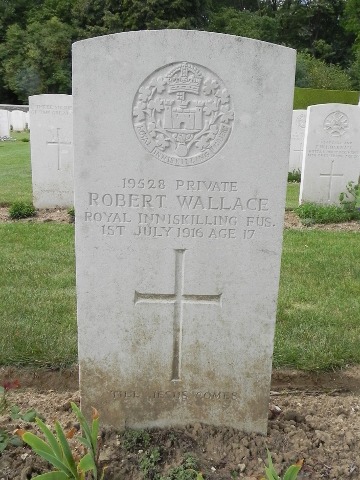 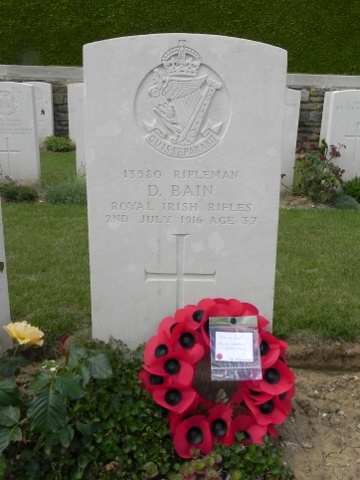