Webmatters : Beaumont-Hamel and the battle of the Somme: The Newfoundland Regiment

At the start of the First World War, Newfoundland (Terre-Neuve in French) was still a small colony of the British Empire. The island, off the coast of Canada, had been claimed for the English throne in 1583 after it had been visited by the explorer John Cabot nearly a hundred years earlier.

Very much a fishing community, the colony of about a quarter of a million inhabitants, remained proud of their heritage and on the outbreak of war took the decision to raise their own regiment of infantry. 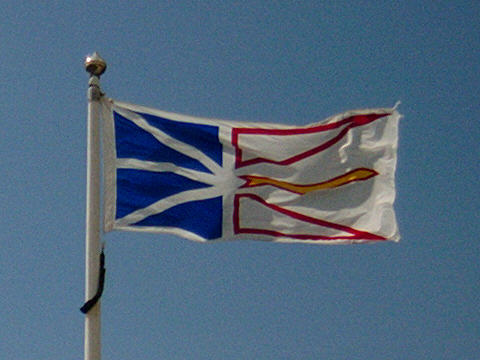 Due to a shortage of material the first conscripts into the regiment (which only ever had the one battalion) were required to wear blue puttees. These were eventually replaced with the standard issue khaki ones, but to have worn the blue as one of the founding members of the regiment was considered a great honour during the Great War.

The regiment would eventually see service throughout France and Belgium and their passage can be followed through their five Caribou Memorials.

Their service to the British Crown was to be recognised in 1918 by the addition of ROYAL to their title, and the Regiment would be the only one to receive such an honour during the war.

It would only be after the Second World War in 1949 that the Colony would vote to become part of Canada.

Before arriving in France the Regiment had already seen service in the Dardanelles with the 29th Division. In early 1916 they found themselves in France preparing for the Battle of the Somme.

Looking towards the area attacked by the 29th Division from New Munich Trench Cemetery
The dip is well shown by the spire of Beaumont Hamel Church; centre right

The objectives of 29th Division

As part of VIII Corps the Division was ordered to attack from the front line trenches to the east of Auchonvillers, on the northern side of the River Ancre.

The area in front of the Division was a series of ridges and valleys commanded in particular by the village of Beaumont-Hamel well down at the head of the first valley in front of them.

The Division was to advance eastwards across the ridge and down into the valley capturing Beaumont-Hamel. From there they would continue on towards the next ridge above Beaucourt.

To the north and the left flank of VIII Corps, 31st Division would pivot left and form a defensive shield at the village of Serre.

The fate of the Pals at Serre

The Division was allowed 210 minutes to advance 3,700 metres fighting their way through the German trench system.

On 24th June 1916 the British artillery started to bombard the German front line with what was at the time the heaviest bombardment they had ever put down. Confidence was running high in the British Army that the German positions would have been pulverised, their barbed wire cut to ribbons and that resistance would be minimal.