On 1st July 1916 the Battle of the Somme was opened. The Allied line ran from north to south until just after crossing the Albert to Bapaume Road at La Boisselle. At the small village of Fricourt the line turned east running south of the village and under Mametz.

In French names ending in —etz are pronounced —ay : Mam-ay.
The notable exception is the town of Metz which pronounces the —z—.

21st Division were given the task of capturing Fricourt

The first three battalions were part of 20th Brigade. With 8th Devonshire in reserve they would attack to the west of the village of Mametz.

Mametz had like so many of the other villages in the German front line been turned into a fortress. In front of it lay the main front line with secondary systems of trenches immediately surrounding the village.

The secondary trench to the south of the village was the aptly named Cemetery Trench running immediately behind the local cemetery. 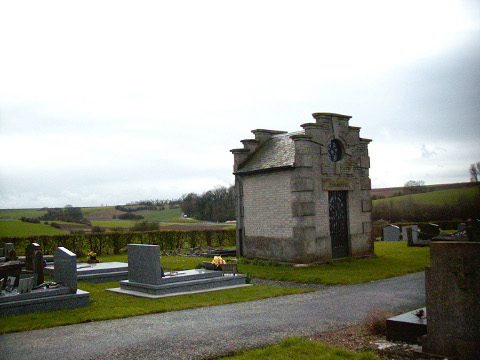 Within the cemetery stands a shrine. The base of which had been converted into a machine gun post with a commanding view of the area.

A few hundred metres away from this machine gun post is Mansell Copse a small wooded area today, and the position of the trenches held by the 9th Bn Devonshire Regiment that morning.

The 9th Devons had been ordered to attack the German front line just to their left — called the Danube Trench. Throughout their attack their right flank would be exposed to the machine gun post in the cemetery for the entire.

9th Devons would be assisted by the 2nd Bn Border Regiment on their immediate left, who would be having four small mines detonated in their area at 0728 hours.

These two battalions would encircle Mametz on the west as part of the prelude to the attack on the village. Further north 21st Division would not attempt an assault on Fricourt until their right flank had been secured. This was planned for 1430 hours.

2nd Borders made good progress and managed to get across the Danube Trench and make good their objective. The battalion suffered only 334 Casualties.

Unbeknown to them the plan had already begun to unravel.

Captain Martin was in charge of A Coy and was about to lead his company out from their trenches behind Mansell Copse across the face of Mametz Village. He had already expressed his concerns about the amount of exposure to machine gun fire that his men would face in the attack.

The Allied front line in this sector had been very badly damaged by shell fire forcing the Devons to start further back from the support trenches.

On the left you will see Mansell Copse with vehicles parked in front of it. From there the attacking route of the Gordons and the Devonshire Battalions was across the front of the photo towards the Mametz Halte which is to the right of the photo just behind the car. The Mametz/Danube Trenches ran more or less from the left of the photo and up over the hill.

Although the hill would afford them some protection as they moved forward, Martin and his men would then be fully exposed as they came through the copse towards their own front line.

What was left of the copse then slowed them even more as they advanced through the stumps and undergrowth.

Martin had created a scale model of the area showing the topography in detail. It had been shown to all the staff of the battalion and highlighted the fact that as his men emerged from the copse they would be badly exposed to the village and the Shrine machine gun post in particular. 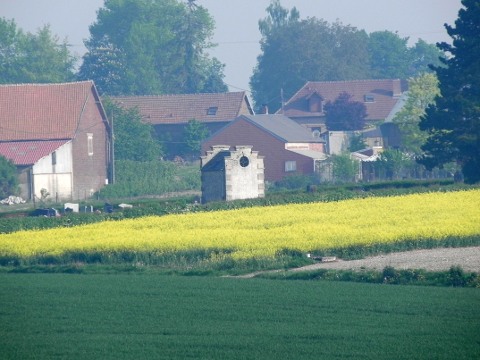 The Shrine in the centre of the photograph

Exactly as he had predicted the preliminary bombardment failed to make any great impression on the Germans fortifications and the machine gun at the shrine was operational within a matter of moments. 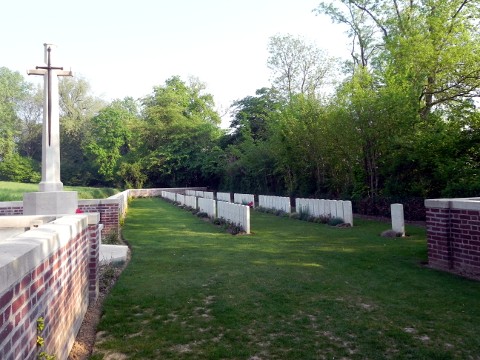 As A Coy 9th Devons climbed out of their trenches they were cut down. A few managed to weather the storm and reach the Danube Trench. The others are buried where they fell.

The 2nd Gordons had the task of attacking towards the village of Mametz and the machine gun post at the shrine. With the collapse of the attack by the 9th Devons on their left they were left exposed to the full force of the defenders’ fire.

The men fought they way through and past the German front line trenches and on to the secondary Cemetery Trench.

From there they teamed up with The 8th Devons who were the Brigade Reserve and pushed on into the main trench behind and to the west of Mametz.

Why this was called Bunny Alley is beyond me, but there were also Rabbit and Hare Lanes at Fricourt.

By early afternoon the attack by the 91st Brigade on the eastern edge of Mametz had made good progress and fighting was taking place in the village. At 1530 the British Artillery bombarded the German positions again and this helped both Brigades to increase their pressure on the defenders. An hour and a half later and Mametz had fallen.

The Division consolidated its position in and around the village and the following morning patrols reported that there were very few German troops in the area between the village and Mametz Wood.

The Division moved forward into an area called the Queen’s Nullah in readiness to attack the next system of German Defence lines.