Webmatters : The Battle of the Somme 1916: Sunken Road, Beaumont-Hamel

About half a kilometre from Auchonvillers towards Beaumont-Hamel is a small track leading off to the left, and it was about here that Geoffrey Malins set up his camera and captured the famous film
footage of the Hawthorn Ridge mine being detonated.

In June and July 1916 Malins was working alongside the men of the 29th Division compiling what was to be his film of the Battle of the Somme. All war photography is hazardous but at the time it
was all very new and untried. The cameras were very basic, very heavy and still turned by hand.

If you have seen the film Shadow of the Vampire about the making of the film Nosferatu you will have some idea as to just how cumbersome the equipment was – and of course all was silent.

A little further along and you come to the Sunken Road leading up to your left.

The Hawthorn crater is very prominent on the ridge up to your right. 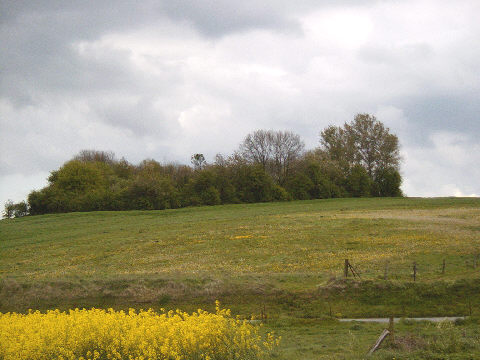 Malins filmed men of the 1st Bn Lancashire Fusiliers in the road — many of whom would be dead within 24 hours.

The sunken road was in No Man’s land on the morning of the 1st July 1916. Its situation made it too dangerous to hold by either side, though the Germans probably held the advantage through their dominance of the higher ground. 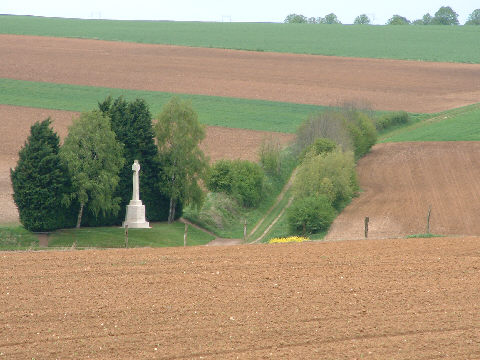 Looking down on the sunken road from Hawthorn ridge

The Lancashire Fusiliers would have been advancing from left to right. The German’s position, called the Bergwerk, was slightly to the right of the small British Cemetery on the hillside.

By 0300 hours on 1st July 1916 two companies of the Fusiliers had moved into the Sunken Road.

The British bombardment was still going on and this would have helped keep German patrols away.

At 0720 hours the Hawthorn mine was detonated and of course the British bombardment in the area had to stop because on the far side of the hill the 2nd Royal Fusiliers were rushing the crater.

By now it was broad daylight and the Germans had already spotted the Lancashires waiting down below them. The German artillery put down a bombardment of their own. 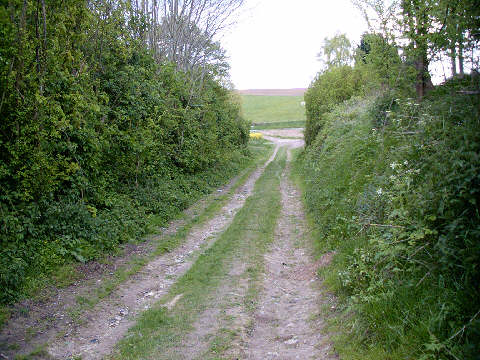 The Lancashire Fusiliers waited here for the whistles to blow

At 0730 hours – ZERO hour – the Lancashires rose up out of the Sunken Road moving leftwards out of the above photo.

They were cut down within a matter of metres.

The view as you pass through the hedge

As you can see from the photo above as they left the sunken road and advanced (right to left) they were vulnerable from the high ground they were attacking. Because of the early detonation of the mine, and the subsequent failure to take the position, the Lancashires were also badly exposed to enfilading fire — they were being shot at from their sides as well as the front. 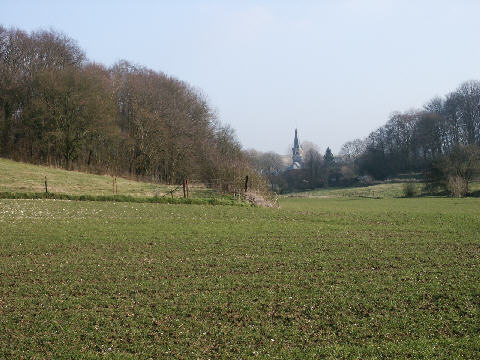 The Bergwerk on the left and Beaumont-Hamel on the right

The remaining Companies advancing from the British front line into the Sunken Road also suffered heavy casualties whilst leaving their own trenches.

By lunchtime the Sunken Road was simply a point of refuge for the dozens of wounded. These were evacuated during the remainder of the evening and the position was held through the night by just one officer and 25 men. 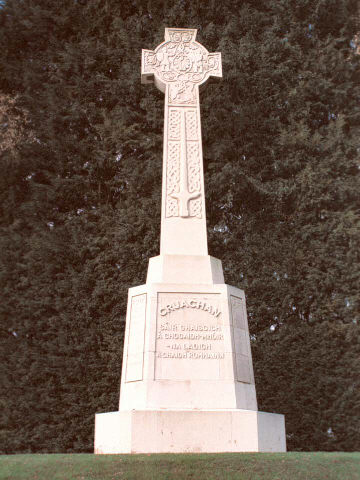 The Argyll and Sutherland Highlander’s Memorial

At the entrance to the Sunken Road is a huge white Celtic cross commemorating the men of the 1/8th Argyll and Sutherland Highlanders who succeeded in taking Beaumont-Hamel on 13th November 1916.

Whilst visiting the area don’t forget to walk out the pathway to the small cemetery which lay in the middle of no-man’s land.

You will get a very good idea of just what faced the men from Lancashire that fateful morning.