The British Army on the Somme 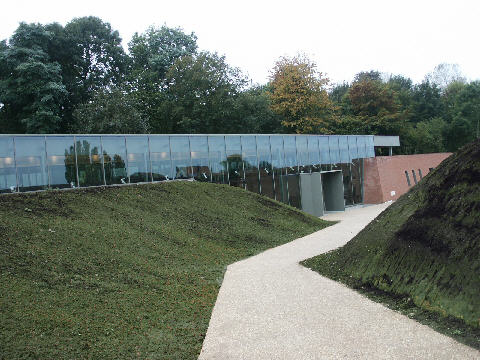 For many years it had been the cry of those of us from Britain that there hadn’t been anything to explain to foreigners (Let alone ourselves) just why we were fighting on the Somme.

Those of us from Ulster have our small museum at the Ulster Tower and the South Africans have been well served by their museum for many a year — but for the British as a whole, information has been sadly lacking. 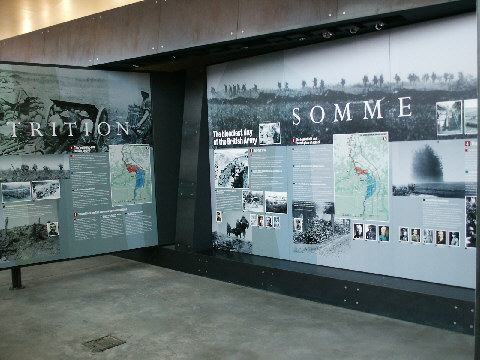 On 27th September 2004 eighty-eight years after Thiepval was finally won by the 12th Bn Middlesex Regiment, the Visitors’ Centre at Thiepval was officially opened by HRH The Duke of Kent.

In taking the village, which had resisted all other attempts for two and a half months, the Battalion won two Victoria Crosses. A section of one of the displays shows the two veterans (Privates Fred Edwards VC and Robert Ryder VC) in later years as well as their citations.

The centre is set into a purpose built hollow to ensure that it doesn’t conflict with the massive Lutyens Arch only a few hundred metres away. In fact from one site you cannot see the other.

The idea of a centre was first put forward following the Somme Ceremony on 1st July 1998 when Sir Frank Sanderson and Piers Storie-Pugh (From the Royal British Legion) argued that something needed to be done.

With generous aid from the Conseil général de la Somme and public contributions, that has been set to rights with this impressive building.

Inside you will find panels describing the war in general as well as others explaining the battle of the Somme. Excellent maps and a screen with an animated Front Line highlight the battles of the war.

All the panels give their information in English, French and German.

A video room shows three films each lasting about ten minutes, covering: Thiepval, The Somme in the Great War, and Memory. 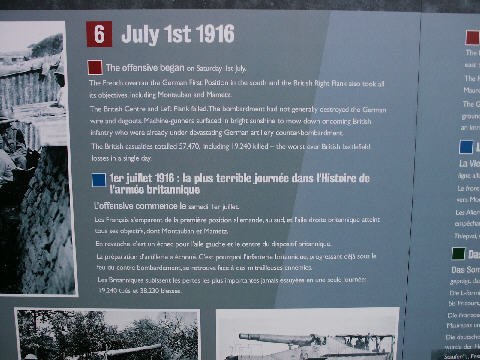 The Panel of the Missing

Just inside the entrance is a model of the Memorial and a panel of 600 photographs representing the 72,000 men whose names are commemorated on the Memorial.

Computers are available allowing you to search the database for information on these men and about 7,000 others. As information is added the number will obviously grow. 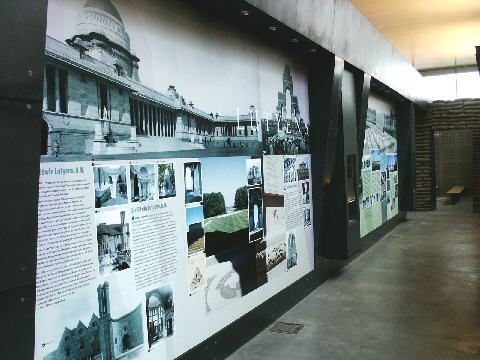 The information does not stop at articles on the war but continues into the aftermath showing how the nations have commemorated their dead and reconstructed their villages and lives.

A large section is also devoted to the work of Sir Edwin Lutyens one of the leading architects of the day.

Lutyens was responsible for many public buildings and monuments, including the great arch here, the Cemetery at Etaples and the Cenotaph in London.

Visitors will find a large selection of books and videos as well as other souvenirs. Toilets and refreshment machines are also to hand.