Contalmaison is a village about 6 kilometres north-east of the town of Albert and south of the main road from Albert to Bapaume. The monument is immediately to the left of the village church. 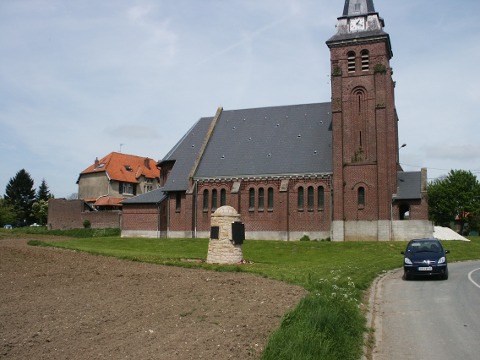 Football has always been held in great esteem by the British, it’s our national game and something that we have exported so well that nowadays our major clubs are full of foreigners who more often than not play for national sides that are superior to our own.

This was not always the case and when war broke out a foreign player would have been considered to be anyone from across the border (and sometimes County border, at that).

As men of all ages thronged to the recruitment offices forming battalions made up of folk from the same town or factory or livelihood; the pals battalions, as they have become known, were born.

Not joining up was seen as something shameful and professional footballers were far from being immune to the accusation that whilst they played at home, men were fighting and dying on a different field.

In Scotland, Lieutenant Colonel Sir George McCrae instigated a new battalion in the Royal Scots: the 16th (Service) Battalion, to be formed in Edinburgh.

Amongst the first to join was every eligible member of the Heart of Midlothian football team.

The enlistment of their sporting heroes acted as a great incentive to the supporters and the battalion was swiftly brought up to strength. Even supporters of rivals Hibernian decided to put aside their animosity and join the ranks, and they were joined by footballers and fans from other local clubs of all levels.

Finally in 2003 an association, the Great War Memorial Committee approached Hearts Football Club with a view to commemorating the players and the two battalions in general.

A year later with a great deal of aid from home and in France their plans came to fruition.

The cairn is constructed from Morayshire stone carried from Scotland and erected on site by Scottish craftsmen.

It was unveiled on the 7th November 2004 by Sir George’s grandsons, George McCrae and Ken Hall in the presence of Scottish and local officials with Major General Mark Strudwick, Colonel of the Royal Scots, giving the main address.

A sealed lead ‘time capsule’ lies in the heart of the cairn. It contains (among other items) a list of Royal Scots dead, a copy of McCrae’s Battalion (By Jack Alexander) and a Princess Mary tobacco-tin full of soil from the Colonel McCrae’s Edinburgh grave.

The Heart of Midlothian FC Players Roll of Honour

A new monumental plaque has been added to the site showing a scaled and annotated trench map of the time along with cartoons drawn by Private Fred Bland a member of the battalion who was killed near La Boisselle on the 23rd June 1916. 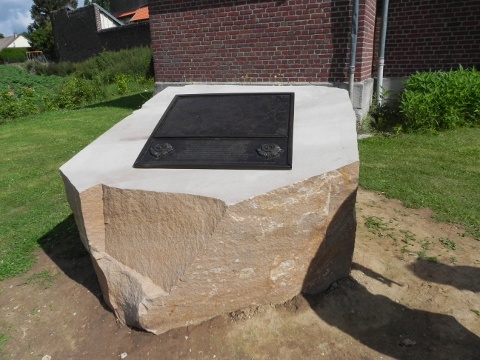 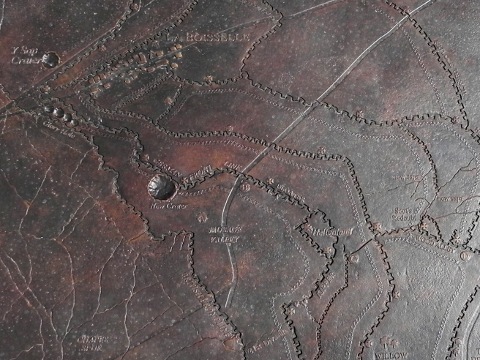 It is difficult in sunshine to do the plaque justice.
The Lochnagar crater here though is easily visible.

There is a short service of commemoration at the Cairn on the 1st July at 0915 hours which gives people just enough time to get from the ceremony at Lochnagar Crater to Contalmaison.

Everybody is more than welcome to come along.

Only a short distance from the cairn is the monument to the only footballing Victoria Cross: Donald Bell VC.

On the Arras Memorial you will find another celebrated footballer: Walter Tull, professional footballer and the first black officer in the British Army.