Webmatters : Vimy, conservation of the memorial

Allward was an architect, not an engineer 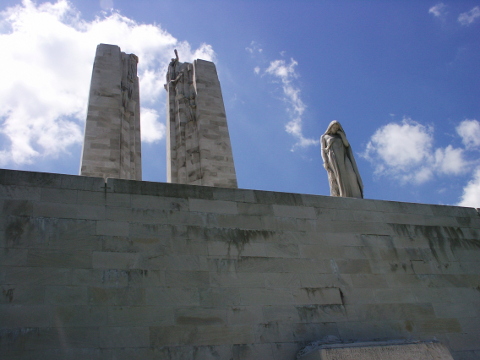 In 1997 Vimy was designated a National Memorial. Along with the Newfoundland Park at Beaumont Hamel, it is one of only two such sites outside of Canada.

However, in the sixty odd years, since the monument’s inauguration, time and in particular the weather had taken a severe toll on the stonework.

Those who have visited the ridge in all seasons will be aware that whilst the summer can be very hot, the winters are wet and cold and there is the all pervasive wind to contend with.

There is little doubt however that the biggest threat to the monument was/is : water. 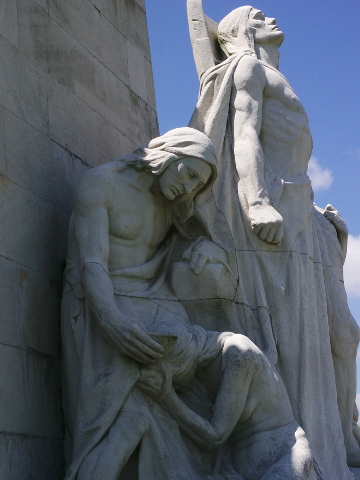 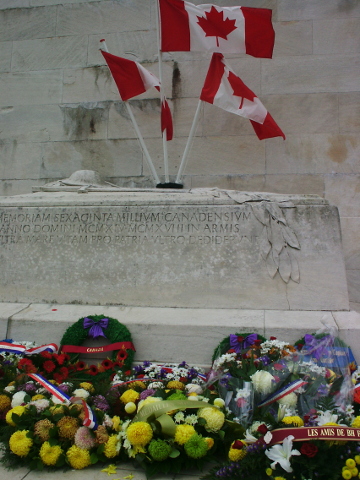 The damage can easily be seen in these photos from 2003

The cause was in part due to Walter Allward’s use of his materials. The base and central core of the structure is reinforced concrete whilst the outer stone is Seget limestone. The use of concrete was for its time innovative but Allward had not allowed for the fact that the concrete and stone would expand and contract at different rates according to the temperature.

Because Allward strove to have the monument as seamless as possible the gaps between the blocks were just a few millimetres. As the two materials moved at different rates cracks began to appear and water seeped through the stone into the concrete. As time went by calcium deposits began to form on the surface of the monument disfiguring it and in places making it hard to read the sections devoted to the names of the missing.

The monument had got into a sad state, with sections cordoned off to prevent accidents, but the Canadian government was disinclined to provide extra funding. Although some restoration work had been carried out, it had never been sufficient to tackle the enormity of the problem, and where blocks had been replaced they had not been replaced with the same type of stone.

At the turn of the century, however, the Canadian press got hold of the story. There was enough outrage to force the government’s hand and in 2002 it allocated Cdn $30 million to refurbishing the overseas memorials with twenty of those millions going to Vimy.

The programme to restore Vimy to its former glory was part of the Canadian Battlefield Memorials’ Restoration Project. This was led by Canada’s Department of Veterans Affairs in cooperation with other Canadian departments, the CWGC, consultants and specialists in military history.

Ottawa architect Julian Smith headed a team that spent four years researching the monument and then working at the site. 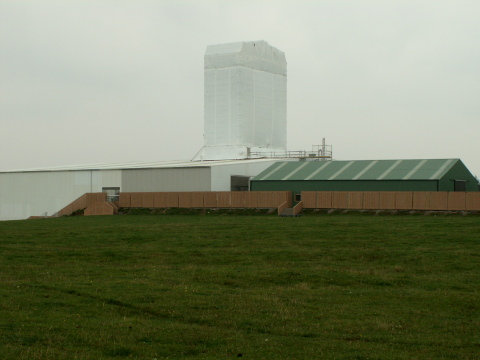 In 2005 the monument was completely covered making it look, from a distance, like a huge white parcel sitting on the crest of the hill. Underneath the experts got to work. All of the stone panels had to be cut away from the concrete using stone saws. The concrete was cleaned up and a waterproof membrane applied. Where the stone had to be replaced completely recourse was sort from the original quarry. 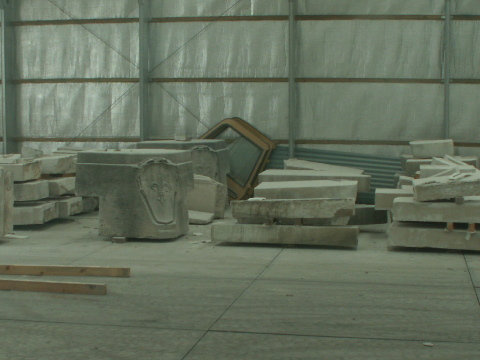 Sections of the monument

The base and staircases were dismantled and the membrane applied. This time a gap was left when the paving stones were replaced, allowing extra space for drainage. A different mortar was created which, it is hoped, will cope with the variations in temperature — the old mortar had been damaged by the very stones it was supposed to hold together. 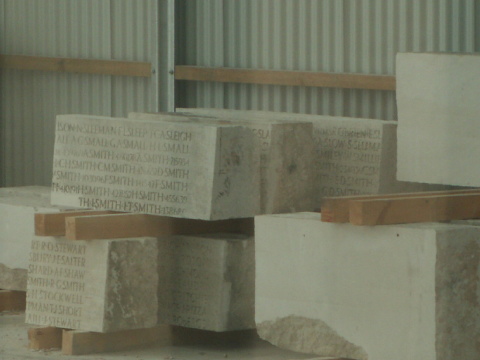 Blocks from the memorial to the missing

It took two years to, in effect, take the monument apart and then put it back together again but once finished the monument gleamed like it had done in the thirties. On a sunny day wear sun-glasses. It may have taken Allward years to find his stone but it would be hard to dispute that the wait and cost were more than worth it. 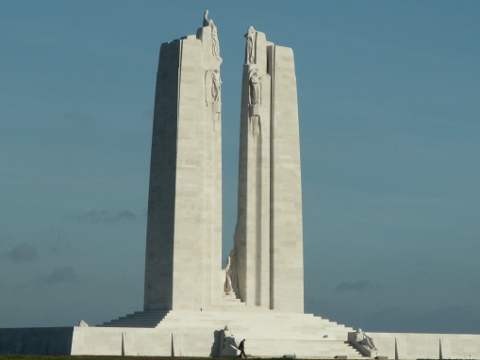