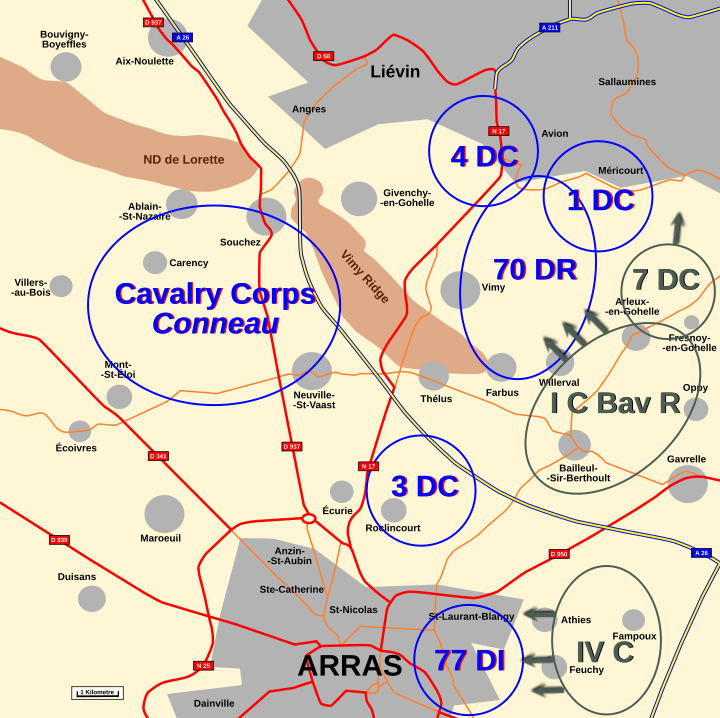 On 2nd October 1914 the 1st Bavarian Reserve Corps was advancing towards Arras from the area of Douai. On the French side the 70e Division de Réserve (70th Reserve Division) and the 77e Division (the Division Barbot — its charismatic commander) had just been brought up from the Vosges.

Barbot was already engaged with the enemy to the east of Arras and Général Fayolle commanding the 70e DIR was ordered to head towards the village of Gavrelle and link up with Barbot.

Moving towards the south, the French Division had unknowingly set itself on a collision course with the Bavarian Corps (a far larger organisation made up of a number of Divisions) moving towards the west. The French managed to hang on for three days but eventually the numerical superiority in numbers paid off and the Bavarians forced the French backwards.

The German cavalry advanced on Aix Noulette and although it failed to break the French Cavalry Corps (The Corps Conneau) the threat to the French flank was all too clear.