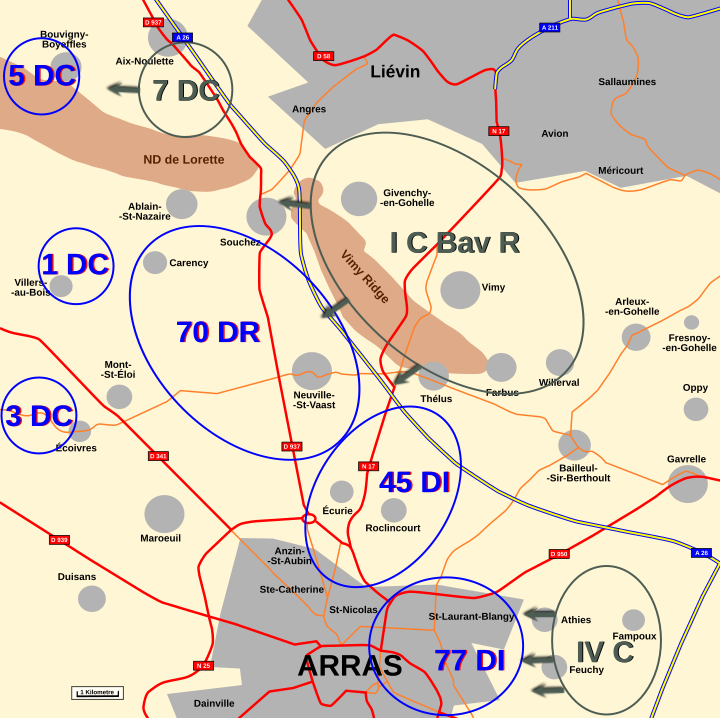 At 2230 hours on 4th October 1914 the 5th Bavarian Reserve Infantry Division launched an assault on Vimy ridge. The following morning at 0600 hours a battalion of Bavarian infantry accompanied by cavalry occupied the Lorette ridge as far as the chapel, encountering no resistance from the French.