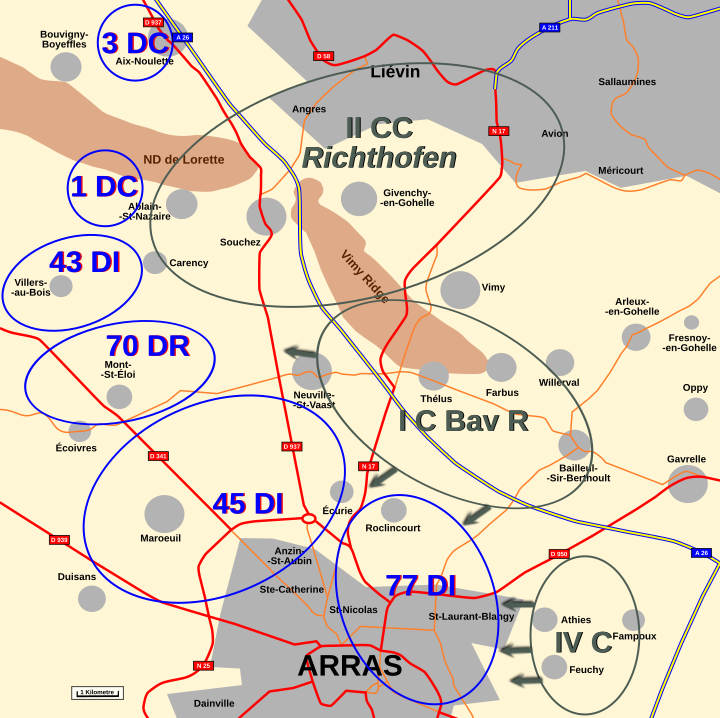 It was too late for the French. Realising that they were being outflanked they fell back to a line to the west of Neuville Saint Vaast and Carency. Vimy in effect had been gifted to the Bavarians.

The losses of the Lorette and Vimy ridges are not even mentioned and the supposed interest of continuing the 10th Army’s attack on Lens had in reality been consigned to the realms of make-belief. Orders for attack were issued but the units retreated before overwhelming German forces.