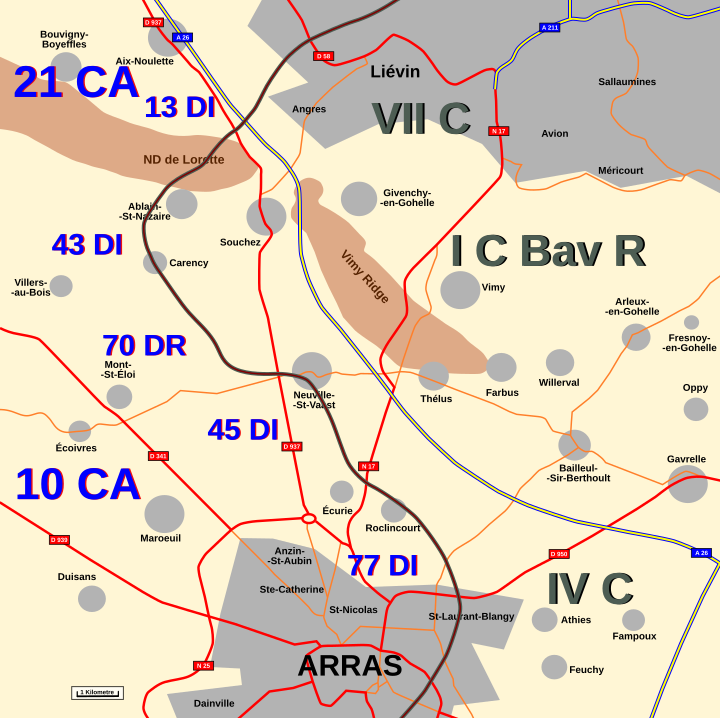 Throughout that first winter of the war (and for almost all of 1915) the French infantry struggled to gain the Lorette plateau and the town of Neuville Saint Vaast. The fighting was intense and the deaths could be counted by the tens of thousands ; on both sides.