Neuville-St. Vaast is a village about 6 kilometres north of Arras and 1 kilometre east of the main road from Arras to Bethune. The Cemetery is within the Canadian National Vimy Memorial Park, which is north of Neuville-St. Vaast. The main entrance to the Park is signposted from the Arras to Lens road (N17).

Alternatively take the D 937 towards Béthune. At Neuville Saint Vaast you will enter the battle zone of 1915 and the Vimy is very well sign posted from here. 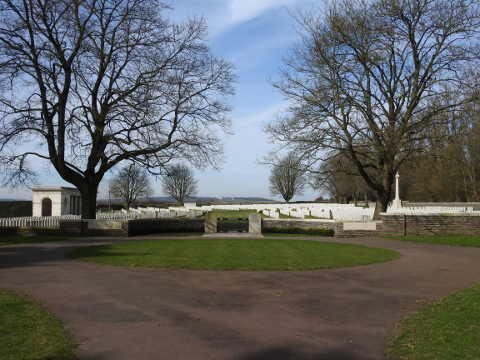 The cemetery was established by the Canadian Corps after the successful storming of Vimy Ridge on 9th April 1917 and some of those buried in the cemetery fell in that battle or died of wounds received there. 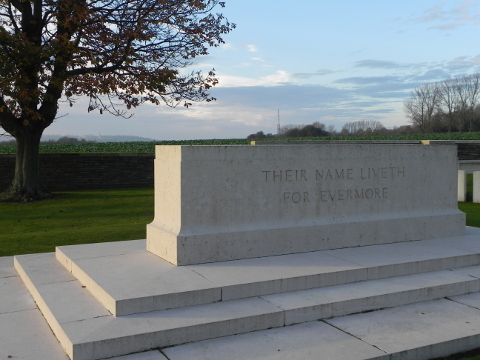 The majority of the graves, however, were made later for the burial of the dead recovered from surrounding battlefields and from isolated graves which were transferred into the cemetery over a period of years after the Armistice.

The cemetery covers an area of 10,869 square metres and is enclosed by low walls of coursed stone. There are nearly 3,000, 1914-18 war casualties commemorated in this site.

29 Canadian soldiers buried at the time in the 11th Canadian Infantry Brigade Cemetery, Givenchy en Gohelle and the Canadian cemetery near Gunner’s Crater, Givenchy en Gohelle but whose graves are now lost are commemorated by special memorial headstones, inscribed to this effect with the additional quotation, “Their Glory shall not be blotted out”. 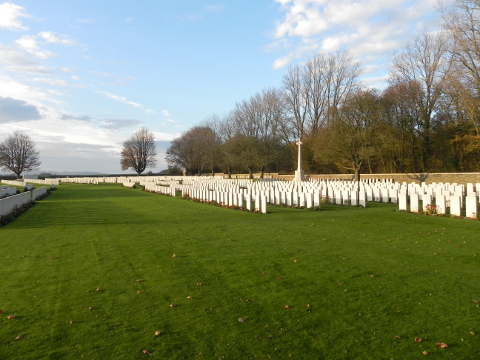 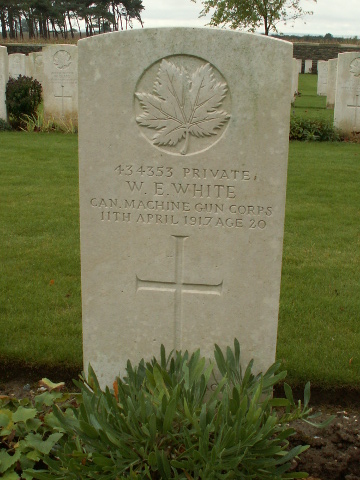 His 33 year old brother Corporal George White 434115 of the 4th Bn CMGC was also killed that day and is buried in Givenchy Road Cemetery: A 20. 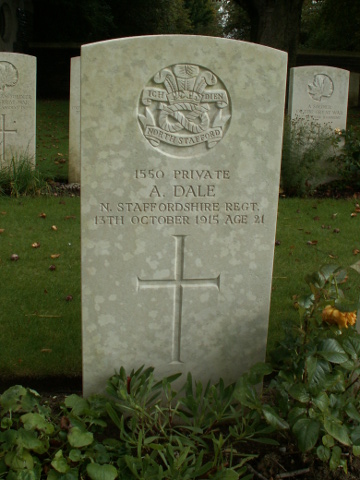 His 19 year old brother, Private Fred Dale of the same battalion was also killed that day. He is commemorated on Panel 103 of the Loos Memorial. 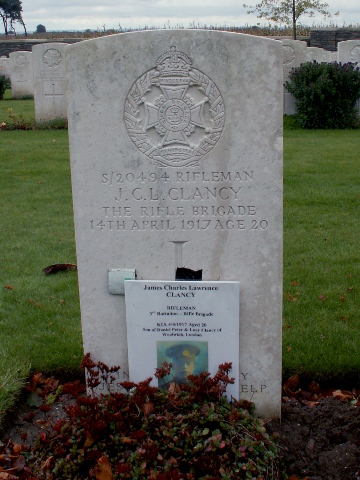 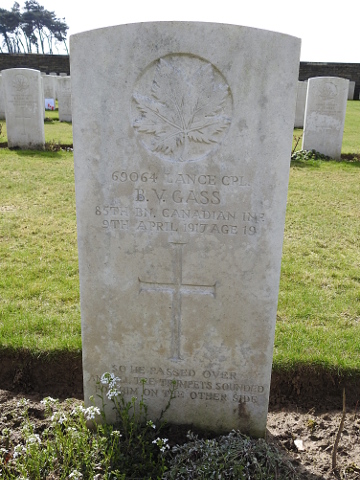 Blanchard’s sister Clare, was a nurse with No 3 Canadian Hospital (McGill). During the war she kept a diary and it forms the background of Canadian playwright Vern Thiessen’s play : Vimy.

The Colonel received a telegram for me from headquarters. It reads “L.Cpl B V Gass killed in action April 9th”. I also heard that Laurie died of wounds in a field ambulance hospital. I thought that Laurie at least with his big guns was safe — but no one is safe these days — none of our boys.

Her cousin and boyfriend Lieutenant Lawrence Gas was with the Canadian Heavy Artillery. He is buried in Barlin Communal Cemetery Extension : I H 77. 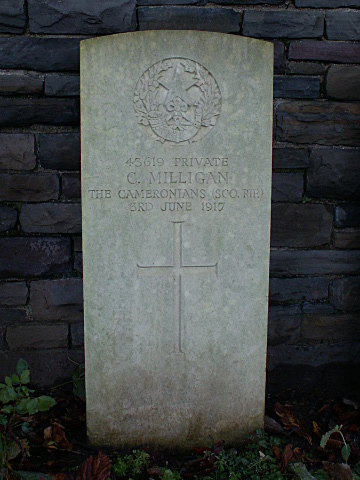 Shot at Dawn for Desertion

Milligan had been conscripted in February 1916 and had already been sentenced to a year’s hard labour (suspended) in October. In the spring of 1917 he was once again convicted for disobedience but this time got of lightly with just 42 days No 1 Field punishment (The offender was tied up in public for so many hours a day).

As his battalion went into battle at Arras on the 9th April 1917, Milligan went absent. He was arrested on the 14th and sent for court martial on the 5th May.

The Brigade commander took a dim view of Milligan’s conduct and recommended the court’s death sentence.