Carnoy is a village just north of the road, D938, from Albert to Peronne, about 10 kilometres east-south-east of Albert. The Military Cemetery is on the south side of the village, on the north side of the road to Maricourt. 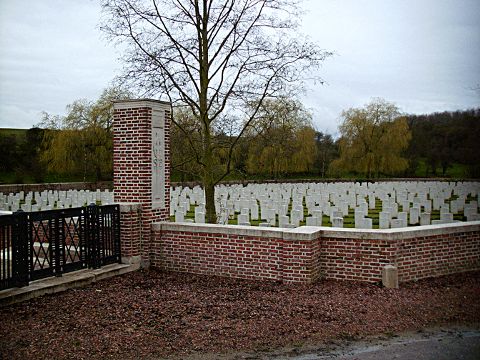 It continued in use by troops holding this sector until July, 1916, when Field Ambulances came up and a camp was established on the higher ground North of the village. It was closed in March 1917.

There are now over 850, 1914-18 war casualties commemorated in this site. Of these, nearly 30 are unidentified and special memorials are erected to 17 soldiers and one airman from the United Kingdom, known or believed to be buried among them.

The cemetery covers an area of 4,441 square metres and is enclosed by a red brick wall. 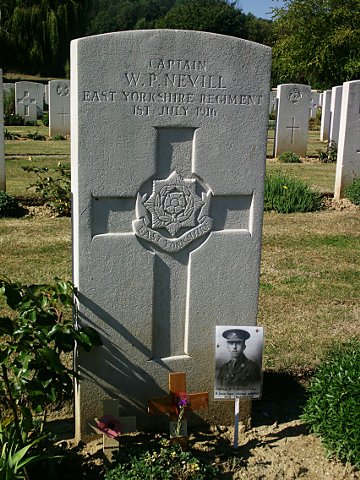 Captain Nevill bought four footballs, one for each of his platoons. The idea being that on the day of the First Battle of the Somme, the footballs would be “kicked into No Man’s Land” as far towards the German line as was possible, and the winner would receive a prize from the Captain, who “kicked off” the first ball — the prize was never collected as Nevill died on the day. One of the footballs was inscribed, The Great European Cup, The Final, East Surreys v Bavarians, Kick Off at Zero. 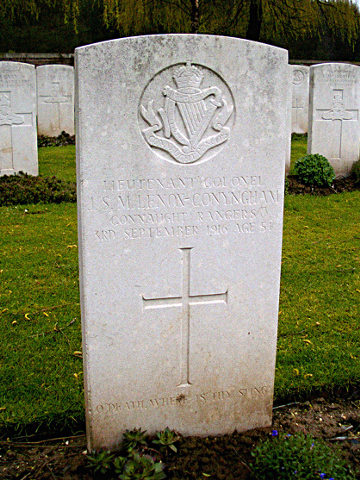 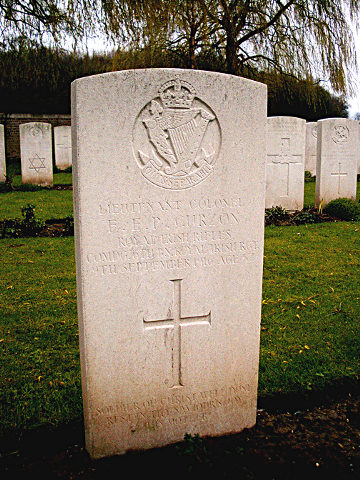 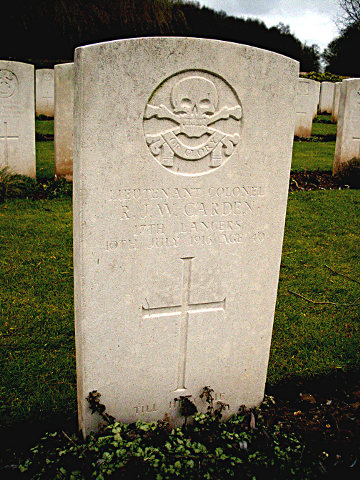 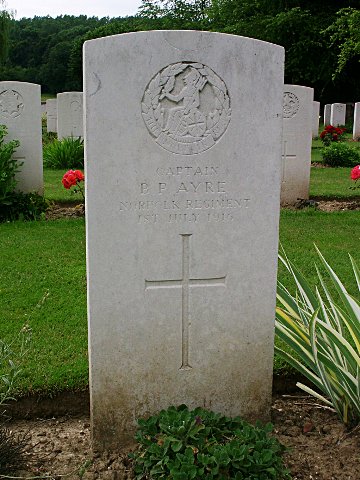 Captain Ayre was one of four cousins killed this day — the others all served in the Newfoundland Regiment. 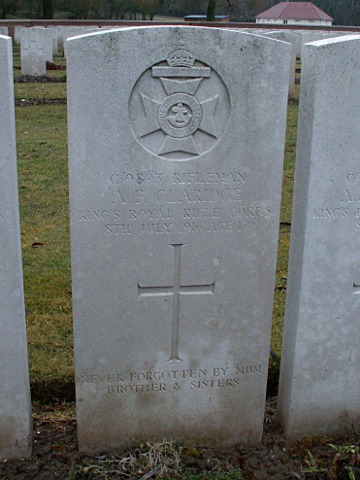 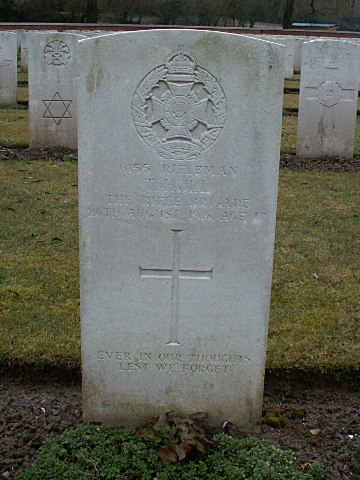 Ever in our thoughts
Lest we forget 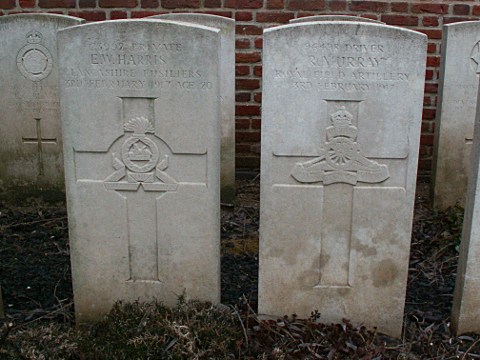 Private Harris who was known as Jack was serving in the 10th Lancashire Fusiliers in 17th Division. He had already received two previous suspended sentences the latter being a death sentence. When he went AWOL for a third time his fate was sealed.

Driver Murray had arrived in France on the 25th September 1915 and was granted leave the following year. When he returned he decided to go absent. However rather than try his arm in getting back to England Murray managed to make his way to the south of France where he set up home with a prostitute. He made the mistake of arguing with her and she reported him to the Gendarmerie who promptly had him arrested.