Visitors to the Tyneside Seat Memorial may well have remarked in parking their vehicles that just on the right, fenced off and on private property the field is a clutter of undergrowth and holes in the ground. 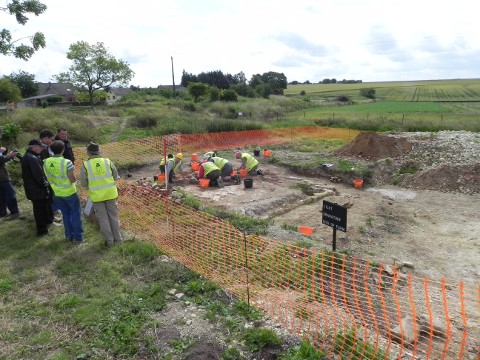 This was known to the British as the Glory Hole and was the scene of an underground battle by both sides from the earliest days of the war.

The French began digging under the German lines towards the end of 1914 and with neither side capable of breaking the line of the other, the war (as was often the case: Vimy; Vauquois) went underground.

By the time the British arrived in the autumn of 1915 the area was already a landscape of craters.

The two trench systems on the 1st July 1916 were in proximity to each other and in preparation for the coming offensive British Engineers had been hard at work on mining the German line. 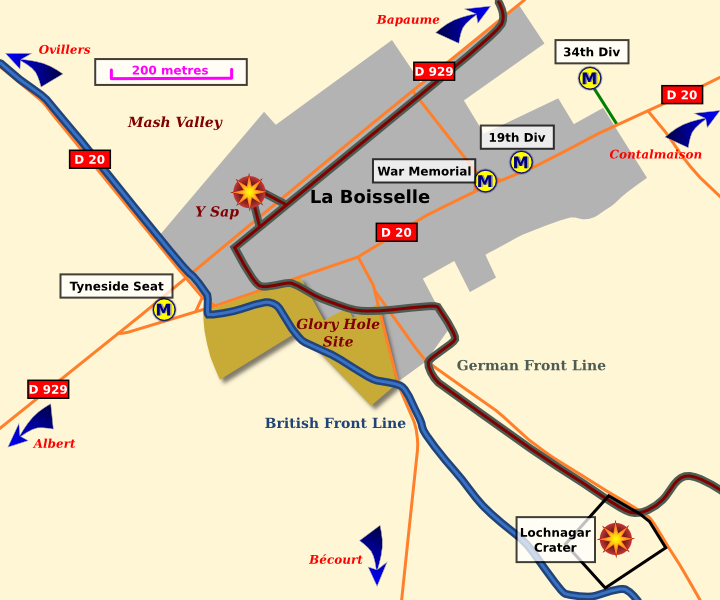 The enormous crater at Lochnagar is just up on your right whilst a larger crater known as Y Sap was blown just across the main road a few hundred metres towards Bapaume. That hole was later filled in and Lochnagar was only saved by the purchase of the land by Richard Dunning.

In fact the battered state of the ground at the Glory Hole had forced the British to go around it.

The Glory Hole is of enormous interest because it was left pretty much as it was after the war as the ground was useless for agricultural use.

In 2011 the owners of the land, the Lajeune family agreed to allow archaeologists access to the site. The work of excavating the ground will begin in 2012 and is likely to take many years to reveal all of its secrets.

Over thirty tunnellers (British and French) are known to have been buried by underground explosions as engineers tried to outwit each other, their lives fraught with tension as they burrowed towards the enemy, ever wondering if at any moment they might be ambushed in the dark.

Once it was known that an enemy tunnel was in place a camouflet (or counter-mine) would be set off so as to collapse it, burying the enemy tunnellers. 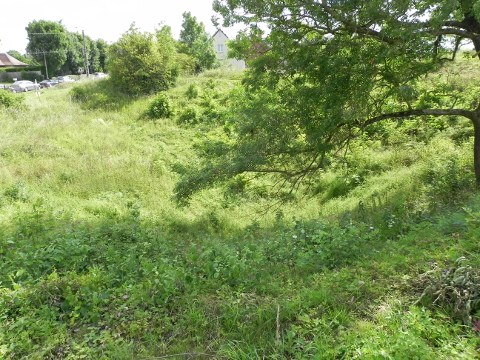 In the case of the Glory Hole the trenches and shafts are as near intact as the researchers could dream of.

More detailed information can be found on the web site of La Boisselle Study Group :