Using the D919 from Arras to Amiens you will drive through the villages of Bucquoy, Puisieux then Serre Les Puisieux (approximately 20 kilometres south of Arras). On leaving Serre Les Puisieux, 3 kilometres further along the D919, turn left following the signs for Auchonvillers. At the crossroads in the village centre follow the signs for Newfoundland Park, Beaumont Hamel.

A CWGC signpost leading to Hawthorn Ridge No.1 Cemetery can be found 300 metres before the Newfoundland Park car park. This lane is a farm track and can be difficult to use when wet and muddy.

Coming from anywhere else on the battlefield, follow the signs for Thiepval then the Ulster Tower and finally the Newfoundland Park. The cemetery lane is 300 metres on the far side of the car park. 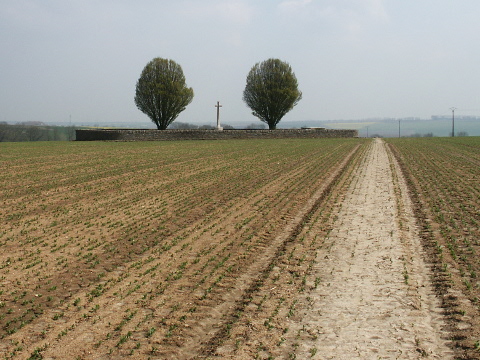 Visitors will wish to be aware that access to the cemetery is gained via a 60 metre rough path through agricultural land. Whilst for the vast majority of the year this does not present any problem, there are certain times (namely the annual ploughing and cultivation) when the path can be slightly difficult to cross.

Hawthorn Ridge Cemetery No.1 was made by the V Corps, who cleared the Ancre battlefields in the spring of 1917, as V Corps Cemetery No.9.

The cemetery covers an area of 432 square metres is enclosed by a stone rubble wall. 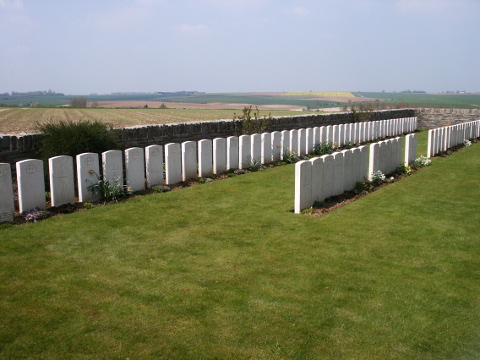 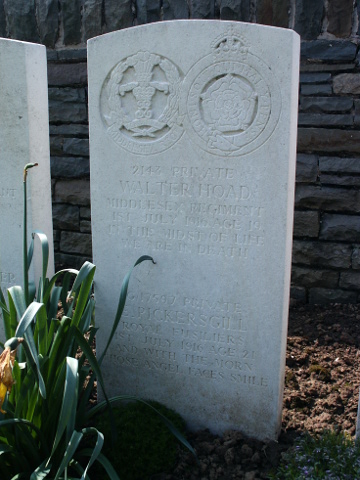 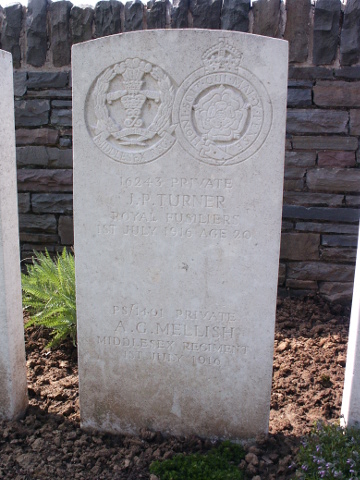 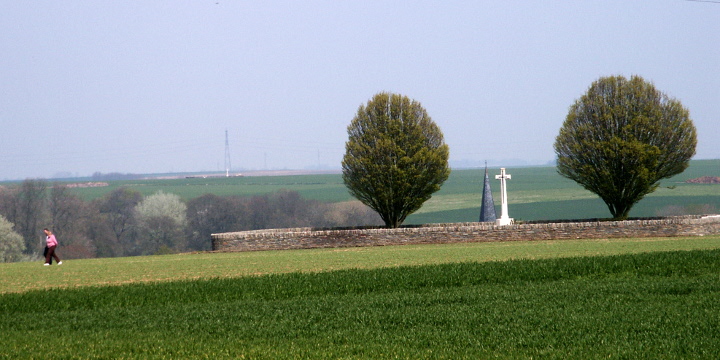 Hawthorn Ridge Cemetery No 1 from the lane
As an indication as to just how much the land slopes behind it, notice the
spire of the church from Beaumont-Hamel to the left of the cross

Continuing down the access lane to its end and then walking on a hundred metres more brings you to a view point where you can see the Hawthorn Mine crater immediately to your right front. On the opposite slope is the cross commemorating the Argyll and Sutherland Highlanders and alongside it the sunken road from which the Lancashire Fusiliers launched their attack towards the wood to the right.

The Hawthorn Mine and Sunken Road