Using the D919 from Arras to Amiens you will drive through the villages of Bucquoy, Puisieux then Serre-les-Puisieux (approximately 20 kilometres south of Arras). On leaving Serre-les-Puisieux, 3 kilometres further along the D919, turn left following the signs for Auchonvillers. At the crossroads in the village centre follow the signs for Newfoundland Park, Beaumont Hamel.

Hawthorn Ridge No.2 Cemetery is located within the Park. 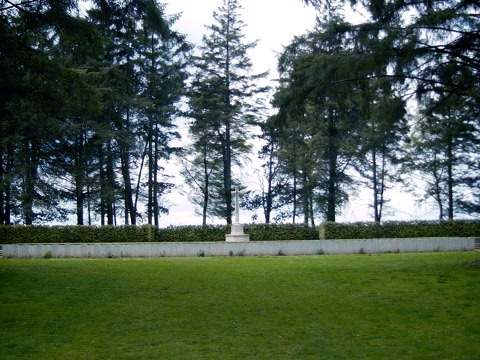 Hawthorn Ridge Cemetery No.2 is 460 metres South of No.1. It was made by the V Corps (as V Corps Cemetery No.12) in the spring of 1917, and seven isolated graves were brought in after the Armistice.

The cemetery covers an area of 1,019 square metres and it is enclosed by a low stone rubble wall. 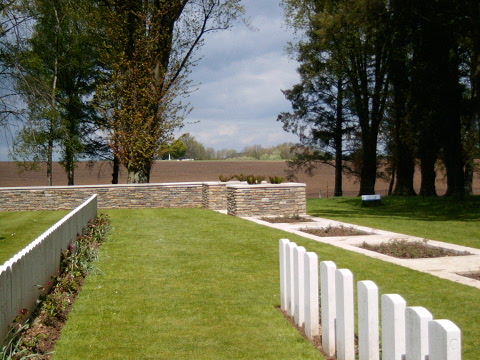 In the distance is Hawthorn Ridge Cemetery No 1 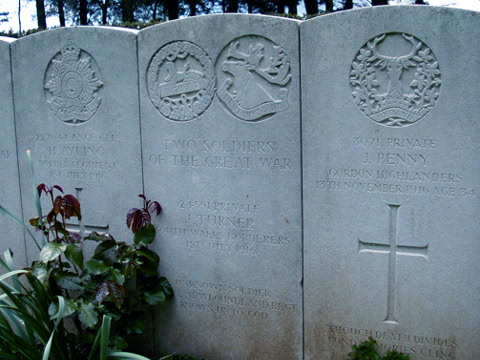 Four representatives of the fighting

The Borderers had been the first wave of troops to attack over the area of the park on the 1st July.

The Newfoundland Regiment were the second wave of troops to attack over the area of the park on the 1st July. They suffered extremely high casualties and would become the only Regiment during the war to receive the accolade Royal.

Private Penny was a member of the 51st Division in one of the last offensives of the Somme and which finally took Beaumont-Hamel.