Vis-en-Artois and Haucourt are villages in the Department of the Pas-de-Calais, on the road from Arras to Cambrai. The Cemetery is at the north side of the main road between the two villages. 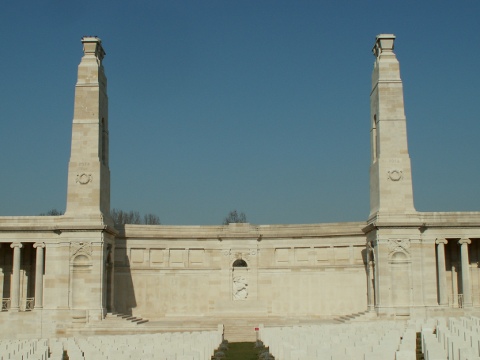 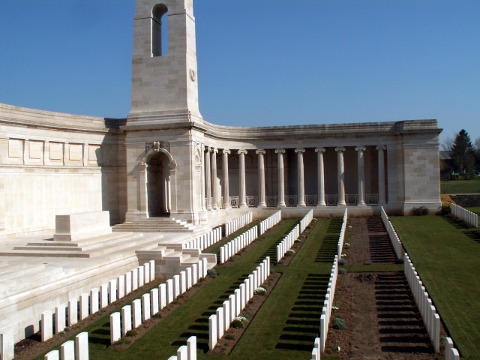 Vis-En-Artois and Haucourt were taken by the Canadian Corps on the 27th August 1918, and the cemetery was begun immediately afterwards.

The Memorial bears the names of over 9,000 men who fell in the period from 8 August 1918 to the date of the Armistice in the Advance to Victory in Picardy and Artois, between the Somme and Loos, and who have no known grave.

They belonged to the forces of Great Britain and Ireland and South Africa; the Canadian, Australian and New Zealand forces being commemorated on other memorials to the missing.

The Memorial consists of a screen wall in three parts. The middle part of the screen wall is concave and carries stone panels on which names are carved. It is 8 metres high flanked by pylons 22 metres high.

The Stone of Remembrance stands exactly between the pylons and behind it, in the middle of the screen, is a group in relief representing St George and the Dragon.

The flanking parts of the screen wall are also curved and carry stone panels carved with names. Each of them forms the back of a roofed colonnade; and at the far end of each is a small building.

Refer to the on-site Memorial Register Introduction to determine the alternative panel numbers if you do not find the name within the quoted Panels. 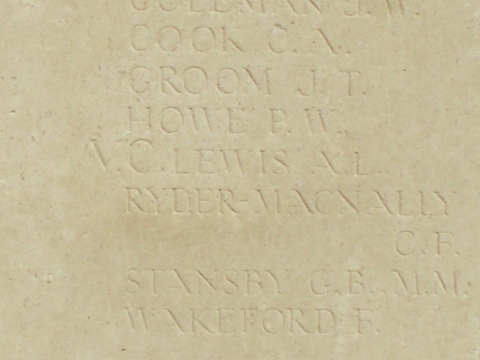 For most conspicuous bravery at Ronssoy on the 18th September 1918, when in command of a section on the right of an attacking line held up by intense machine gun fire. L./Cpl. Lewis observing that two enemy machine guns were enfilading the line, crawled forward singlehanded, and successfully bombed the guns, and by rifle fire later caused the whole team to surrender, thereby enabling the line to advance.

On 21st September, 1918, he again displayed great powers of command, and, having rushed his company through the enemy barrage, was killed whilst getting his men under cover from heavy machine gun fire. Throughout he showed a splendid disregard of danger, and his leadership at a critical period was beyond all praise. 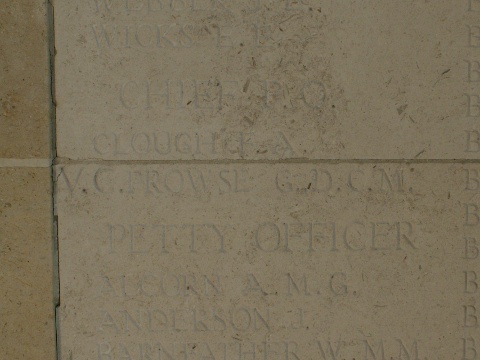 For most conspicuous bravery and devotion to duty when, during an advance, a portion of his company became disorganised by heavy machine gun fire from an enemy strong point. Collecting what men were available he led them with great coolness and bravery against this strong point, capturing it together with twenty-three prisoners and five machine guns. Later, he took a patrol forward in face of much enemy opposition, and established it on important high ground. On another occasion he displayed great heroism by attacking single-handed an ammunition limber which was trying to recover ammunition, killing three men who accompanied it and capturing the limber.

Two days later he rendered valuable services when covering the advance of his company with a Lewis gun section, and located later on two machine gun positions in a concrete emplacement, which were holding up the advance of the battalion on the right. With complete disregard of personal danger he rushed forward with a small party and attacked and captured these posts, killing six enemy and taking thirteen prisoners and two machine guns.

He was the only survivor of the gallant party, but by this daring and heroic action he enabled the battalion on the right to push forward without further machine gun fire from the village. Throughout the whole operations his magnificent example and leadership were an inspiration to all, and his courage was superb. 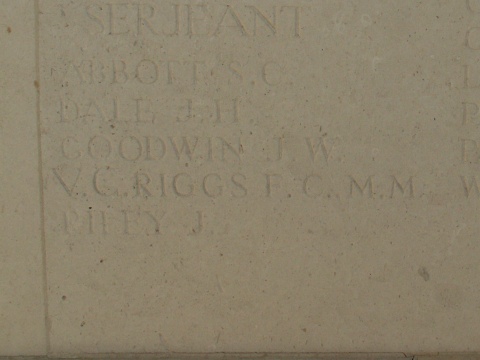 For most conspicuous bravery and self-sacrifice on the morning of 1st October 1918, near Epinoy, when, having led his platoon through strong uncut wire under severe fire, he continued straight on, and although losing heavily from flanking fire, succeeded in reaching his objective, where he rushed and captured a machine gun.

He later handled two captured guns with great effect, and caused the surrender of fifty enemy. Subsequently, when the enemy again advanced in force, Serjt. Riggs cheerfully encouraged his men to resist, and whilst exhorting his men to fight on to the last, this very gallant soldier was killed. 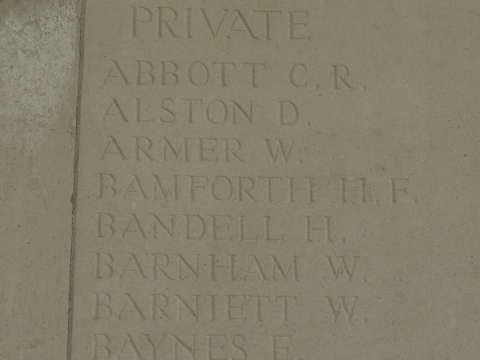 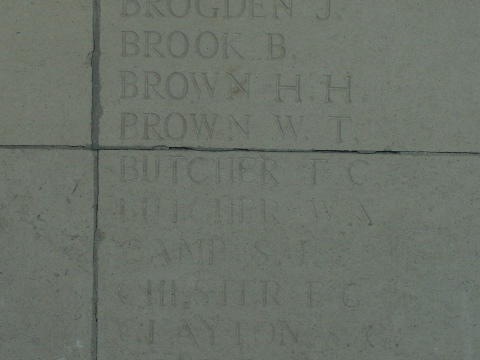 Almost nothing is known about the circumstances of his absence or subsequent trial.

The other memorials near Haucourt