This is the only section of the battlefield that has been preserved by the British.

It is situated on the northern side of the D919 travelling between Mailly-Maillet and Serre.

To visit the park it is necessary to park your vehicle outside Serre Road No 1 Cemetery and walk back towards Serre a short distance.

You will soon see a CWGC sign pointing up a laneway to your left to the various cemeteries and the park.

The laneway is not fit for use by vehicles so please do not try to use it.

As you walk up the laneway you will see a small cemetery on your right. This is Serre Road No 3 Cemetery and would have been about 50 metres in front of the German lines.

Between the cemetery and an imaginary continuation of the trees is the area over which 93rd Brigade attacked on the 1st July 1916. The leading battalion from Leeds suffered 528 casualties and were forced to retire.

Moving further along the track it turns right and along the front of the trees.

On your right is the Queens Puisieux Cemetery which was situated in no-man’s land and contains many of the Accrington Pals who fell on the 1st July whilst advancing up the slope in long grass.

Immediately on your left you can see their red brick memorial and the park gateway is just a few metres further along. 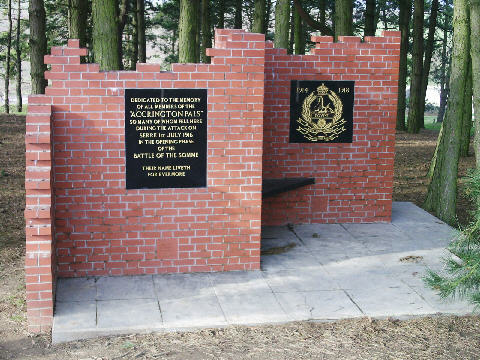 Although created in honour of the Sheffield City Battalion (12th York and Lancaster Regiment), this part of the trench system that you can see was actually the front line of the Accrington Pals (11th East Lancashire Regiment).

It is made from the local Accrington brick and is intended to honour not only the 585 casualties that occurred here but all their men throughout the war.

Next is a memorial to the two other battalions of the York and Lancaster Regiment that fought and fell here. It shows the Barnsley coat of arms and the regimental badge. 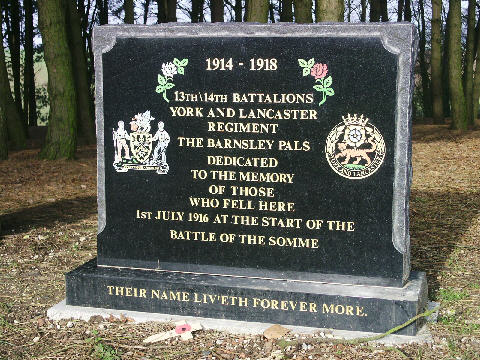 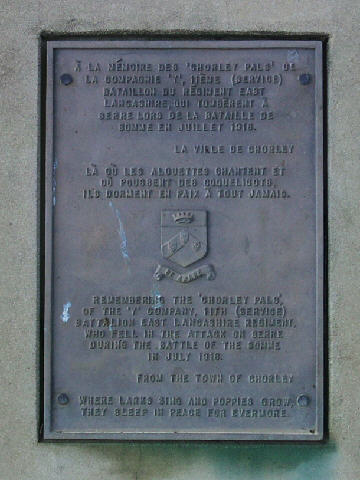 Originally just a small plaque attached to a tree there is now a new memorial to the men from Y Company of the Chorley Pals (11th East Lancashire Regiment).

They had also taken part in the 1st day of the Somme leading the attack on the right flank of 4th Division. 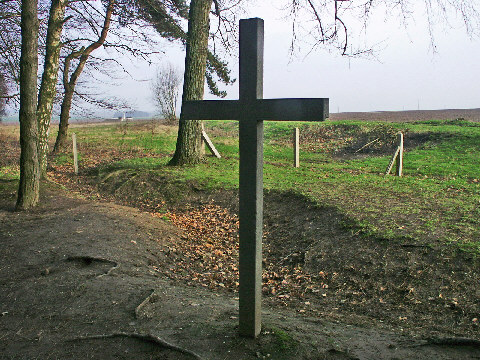 Just at the front edge of the wood you can see this cross.

It was raised in remembrance of Private Albert Bull from the Sheffield City Battalion whose body was found on this spot in 1928.

Although he has since been buried in Serre Road No2 Cemetery (Grave: XIX E 16) his family wanted him to have a marker on the front line of the Sheffield’s position.

The trenches and craters in the park have been left as they were after the war and although time and nature have softened them it is simple enough to be able to imagine the shell torn mud.

In the centre of the park is a small brick arch dedicated to the Sheffield City men and continuing on down – towards the rear of their lines you can see the small cemetery of Railway Hollow. 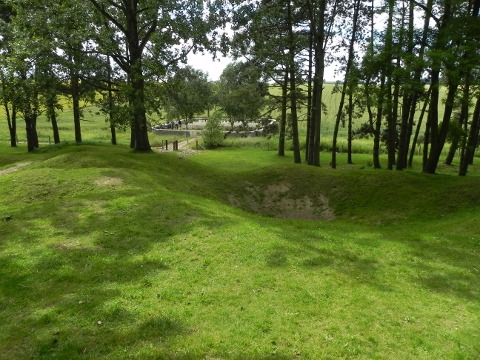 The valley was the location of a narrow gauge railway which was able to operate out of site of the German observers.

If you look up and onto the horizon you can see a clump of trees and a derelict building which are all that remain to mark the original site of Toutvent Farm. The owners found that the ground underneath had been so tunnelled out that it was not possible to rebuild.

The new Toutvent Farm is located out on the main road leading between Serre and Hébuterne. 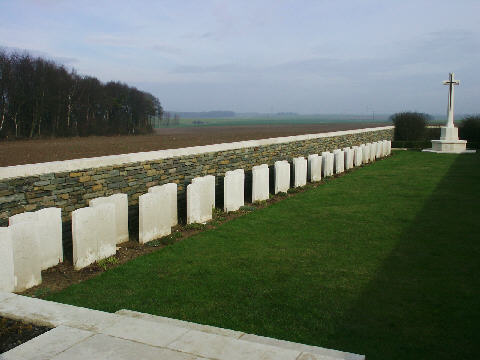 There is one more cemetery in the immediate area to visit and this is that of Luke Copse out the front of the park and further down the track up which you have just come.

Just behind it at the far end of the row of trees is John Copse the anchor point of the entire battle of the Somme.

Throughout the entire four months of the Battle of the Somme the front line trenches and positions that you have just been looking at never moved.

Also to be found nearby