The French Military Cemetery and chapel are a little further along the road from the CWGC: Serre Road No.1 Cemetery, on the right hand side. It is easier to park at Serre No 1 and if you also wish to visit the nearby Sheffield Memorial Park this is more convenient. 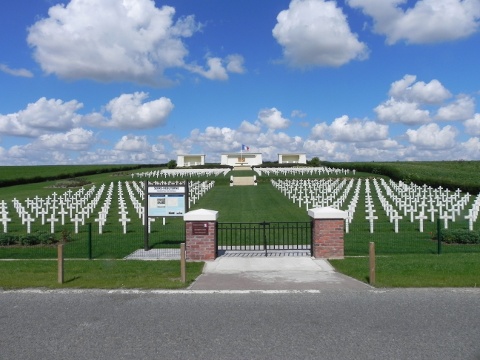 The villages of Hébuterne and Serre gave their names to a severe action fought by the French on the 7th-13th June 1915, in the Second Battle of Artois.

Hoping to create a diversion south of Arras where his men were fighting for Vimy Ridge, Général Joffre ordered his 2nd Army under Général de Castelnau to create an offensive in the Somme Sector.

On 7th June 1915 de Castelnau launched his opening attack on Touvent farm from a quarry on the Hébuterne – Colincamps road known today as la Briqueterie. The German front lines were taken and held despite strong counter attacks by the Germans.

The battle continued for almost a week with the French suffering high losses. The French Military Cemetery contains the remains of 834 soldiers of whom 240 are in a common grave (at the rear of the cemetery). 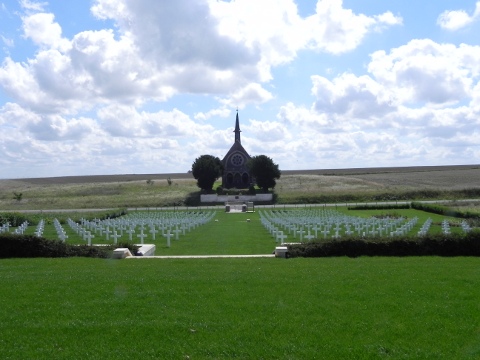 The Chapel opposite the cemetery

On 14th June 1925 a memorial to the French regiments was unveiled within the cemetery and in 1936 work was commenced on this small chapel opposite the cemetery. 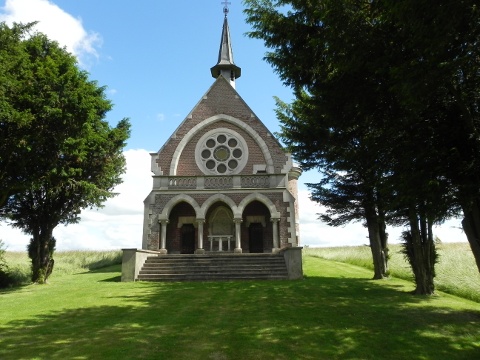 On the steps leading up to the chapel from the road is a small plaque placed by Souvenir Français honouring the French units of their 56e Division d’Infanterie as well as exhorting those soldiers; German and French who were embroiled in the bloody battle; to rest in peace. 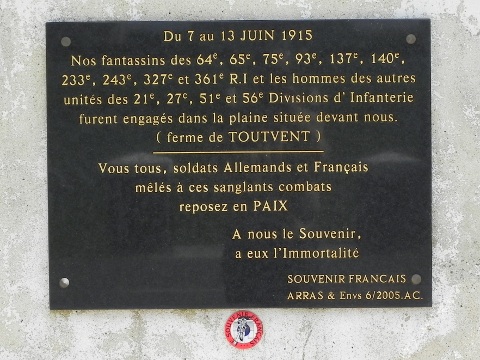 To us the memory, to them immortality

On the left of the chapel porch is a large plaque which is quiet difficult to read. It is to the memory of Maître Joseph de la Rue who was the Aumonier (Chaplain) to both the 243e RI and 233e RI during the Great War and continued to serve the armed forces throughout the Second World War.

He was instrumental in the creation of the military cemetery opposite. 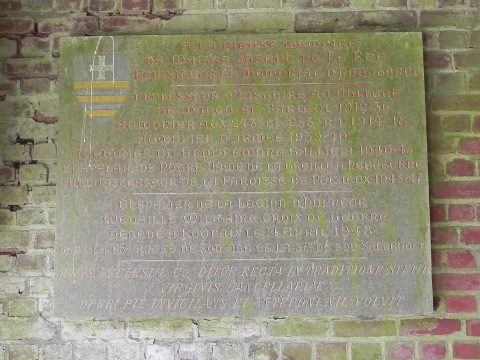