Neuville-Saint-Vaast is a village 6.5 kilometres north of Arras, a little east of the road from Béthune to Arras (D 937). On arriving at the hamlet of La Targette turn left at the first crossroads by the café (you may well have already spotted the cemetery coming down the main road).

It is possible to park a vehicle on the left-hand side behind the café.

The much smaller CWGC La Targette British Cemetery is situated alongside the French Military Cemetery. 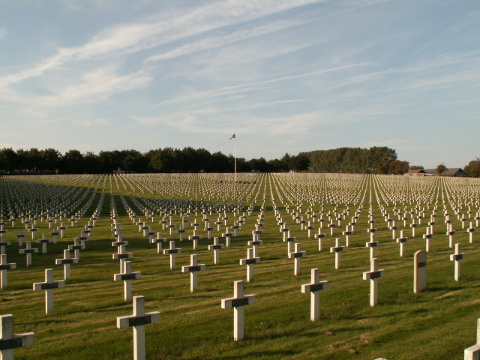 The French National Cemetery (Nécropole Militaire) at La Targette was created after the war in 1919. A decision was taken that only five French Military cemeteries would remain within the Pas de Calais and a further consolidation was carried out in 1935 when numerous smaller cemeteries were closed.

It should be added though that many villages still have a Military Plot—for example: Acq; Haute-Avesnes; Écoivres and Aubigny en Artois. The latter two also having large Commonwealth plots.

Because many French families took the opportunity of recovering the bodies of their soldiers, this cemetery and that of Notre Dame de Lorette (With over 40,000 burials) represents only a percentage of their dead in Artois. 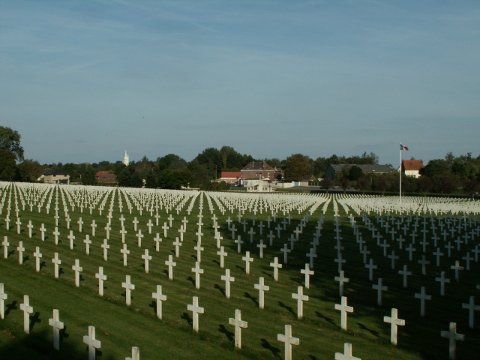 This field of over 44,000 square metres was used to rebury 11,443 French soldiers who fell during the First World War. Those that could be identified have individual graves whilst 3,883 unidentified soldiers are buried in two mass graves to the rear of the cemetery.

On the right hand side you will notice a large Muslim plot with their headstones rather than crosses. As La Targette was created after the war it offered the chance of grouping these African soldiers together. 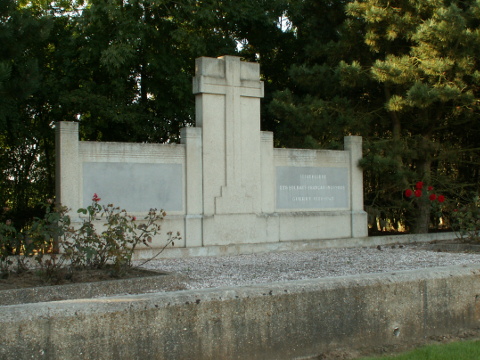 A further concentration of graves in 1956 following the Second World War brought in soldiers and members of the Resistance from throughout the Département of the Pas de Calais. 593 Frenchmen, 170 Belgians and 4 Poles.

Within a radius of 10 kilometres there are approximately 200,000 military graves, a testament to the ferocious fighting that took place in this area.

Notre Dame de Lorette is France’s largest and most important Nécropole National sitting on the hill opposite Vimy Ridge. The largest German Soldatenfriedhof in France is a minute’s driving away at Maison Blanche.

There is a collection of interesting monuments and a very good museum within the village of La Targette; go back to the main road and turn left. The museum is situated opposite the Torch of Peace memorial.

On the road to ND de Lorette you pass a Polish Memorial and a Czechoslovak Memorial and Cemetery honouring soldiers from the French Foreign Legion.

Neuville-Saint-Vaast has the largest concentration of Great War Memorials and Cemeteries in the one village. 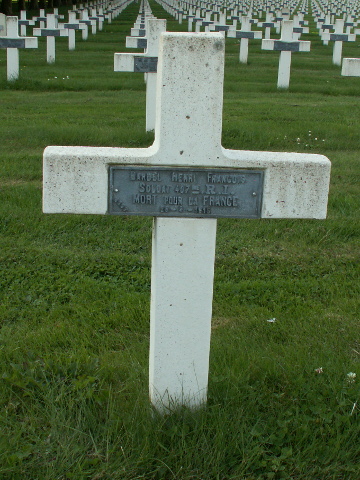 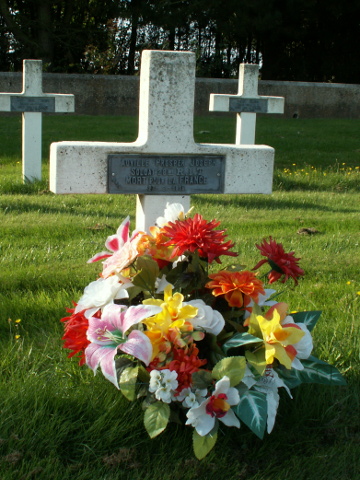